Some thoughts on Kim Gordon’s memoir, Girl In A Band

Not just about a girl in a band... 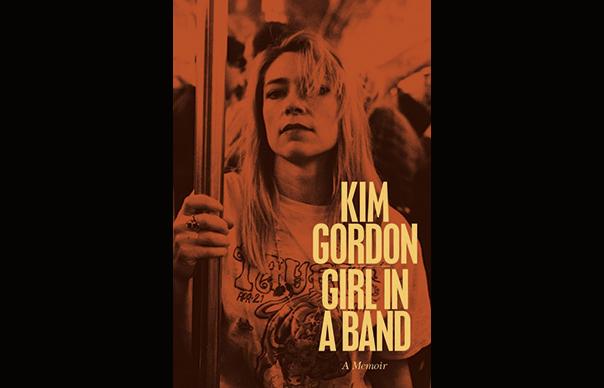 Not just about a girl in a band…

There is plenty of talk about music in Kim Gordon‘s memoir, but its animating force is disappointment. The book opens with Sonic Youth’s final performance; in November 2011 at the SWU Music & Arts Festival in São Paulo, Brazil. By then, Gordon and her husband and bandmate Thurston Moore are estranged after 30 years together; he has been unfaithful and she reflects on “a life’s work now inextricable from heartbreak”. Indeed, much of Girl As A Band is overshadowed by her relationship with Moore. But curiously, the book is often at its most interesting when discussing neither music nor Moore.

In her 1979 collection of essays, The White Album, Joan Didion noted, “A place belongs forever to whoever claims it hardest, remembers it most obsessively, wrenches it from itself, shapes it, renders it, loves it so radically that he remakes it in his image.” Didion was the sharp-eyed observer of cultural values and experiences in California during the 1960s and Seventies; a period, incidentally, which Kim Gordon knows very well.

Didion is clearly an influence on Gordon – like Didion, Gordon’s writing is precise, her tone unsentimental, and her eye for detail sharp. Although born in Rochester, New York, Gordon moved to California when she was five years old when her father accepted a professorship at UCLA. This was 1958, and much of the early part of her excellent memoir subsequently finds Gordon staking out California, much as Didion had done before her. “LA in the late Sixties had a desolation about it, a disquiet,” she writes. “More than anything, that had to do with a feeling, one that you still find in parts of the San Fernando Valley. There was a sense of apocalyptic expanse, of sidewalks and houses centipeding over mountains and going on forever, combined with a shrugging kind of anchorlessness. Growing up I was always aware of LA’s diffuseness, its lack of an attachment to anything other than its own good reflection in the mirror.”

In some ways, Girl In A Band is a self-deprecating title – evidently, Gordon is much more than that – but it is also an extremely limiting one. Any one expecting this to be a definitive biography of Sonic Youth, for instance, will be disappointed. Inevitably, Sonic Youth play a critical part in this book; but this is much more than just an account of life in a band. In fact, the strongest parts of Girl In A Band are Gordon’s observations of California during the dissonance of the Sixties. “Back then, there were lots of eccentric bearded guys dressed in white roaming round LA,” she notes; indeed, her brother, Keller, is invited up to “the ranch” by Manson acolyte Bobby Beausoleil, while one of Keller’s ex girlfriends is abducted and later found stabbed to death.

Although Gordon’s parents were both liberal intellectuals – jazz, “Venice beatnik guys” and documentary filmmakers figure highly in the early chapters -– the dominant figure during her childhood was Keller, a “sadistic, arrogant” figure who is later diagnosed with paranoid schizophrenia. Gradually, Gordon’s artistic temperament surfaces; she enrolls at Santa Monica College in 1972 and moves to Venice where her landlord is a former CSNY roadie. She becomes friendly with Bruce Berry, a relative of Jan Berry from Jan and Dean, and she finds herself in “Jan’s house high in the hills, a cheesy contemporary glass box on a tacky hilltop in a would-be neighbourhood, surrounded by nothing. Cocaine was prevalent, heroin more under-the-table, but I wasn’t into that stuff. I do remember being there one morning at around 8am watching a topless girl float through the living room playing a violin.”

If the early part of Girl In A Band is concerned with depicting California’s post-60s malady, the book is equally strong in capturing downtown Manhattan in the 1980s, where Gordon moves to pursue a career in art. “In 1980 New York was near bankruptcy, with garbage strikes every month, it seemed, and a crumbling, weedy infrastructure. These days, it gleams and towers in ways most people I know hate and can’t understand.” She documents the art scene on the Lower East Side with a kind of casual aloofness; Basquiat, Warhol, Jeff Koons all drift through. It is here, of course, that she finally meets Thurston Moore, and Sonic Youth come together.

The band stuff is all fillet, no fat. Gordon zones in on a specific memories for each album. About Sister, for instance, she explains that “Pacific Coast Highway” was “a direct pull from the fears of my teenage years when I was focused on the lore surrounding Charles Manson”. Such insights are accompanied by colourful vignettes – cooking dinner for Neil Young while he tunes the sound of a cow mooing for his electric train set. She writes eloquently about Kurt Cobain; evidently a loss she still feels to this day. Additionally, the cast list includes Danny Elfman, Larry Gagosian, Gerhard Richter, Courtney Love, Marc Jacobs, Sofia Coppola, Tony Oursler and Julie Cafritz (a staunch friend in troubled times). The final section takes place in Northampton, Massachusetts where the density of alt-rock royalty – Gordon and Moore, J Mascis and his wife, Cafritz and her husband – assumes an unintentionally amusing quality, like a real life Stellar Street. In this bohemian enclave, Gordon and Moore raise their daughter, Coco: but “I’ve never had any domestic talents or hobbies,” admits Gordon. They struggle to adapt, despite the good neighbours.

Finally, Gordon returns to California, to work on art projects. “The older I get, the smaller the world seems,” she muses. She works on an exhibition in the basement of a house in Lauren Canyon, close to Mulholland Drive. She writes about hearing “fire engines, helicopters, and traffic zooming up and down the canyon” before linking it back to “the favoured route of the Manson family for crosstown travel and creepy crawling exploits from their place near Calabasas to Hollywood.” In truth, however far Kim Gordon has come – figuratively, creatively, literally – it is hard to completely shake of the past.