Sam Lee: “Ground Of Its Own”

I first came across the English folk singer Sam Lee just over a year ago, when I wrote about a tribute album to Peter Bellamy. Alongside more familiar names like The Unthanks and Trembling Bells, it was Lee’s version of “Puck’s Song” that stood out, as he cut a fine path through an artful mix of old folk recordings and incantatory drones. 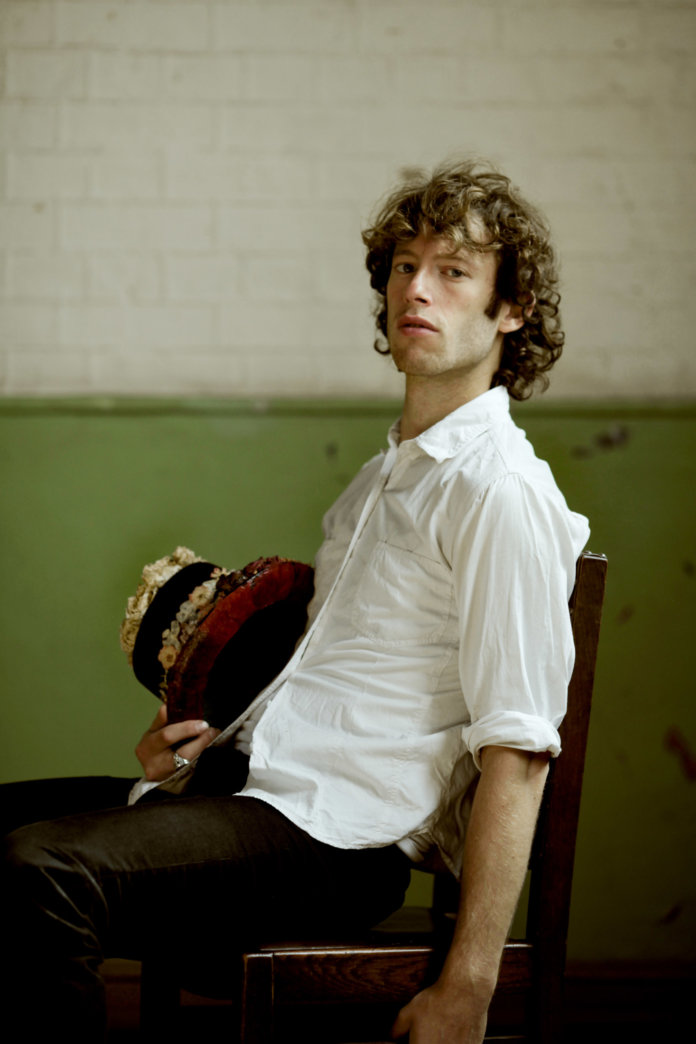 I first came across the English folk singer Sam Lee just over a year ago, when I wrote about a tribute album to Peter Bellamy. Alongside more familiar names like The Unthanks and Trembling Bells, it was Lee’s version of “Puck’s Song” that stood out, as he cut a fine path through an artful mix of old folk recordings and incantatory drones.

Somewhat slackly, I didn’t find out anything more about Lee at the time. Yesterday, though, his own debut album, “Ground Of Its Own”, turned up, suggesting that other people have paid attention: there is talk of academic residencies, Radio 2 Folk Awards, Arts Foundation Awards, radio shows on Resonance FM and so on (plus an intriguing backstory that seems to involve wilderness survival lessons from Ray Mears and burlesque dancing).

It may be ignorant prejudice on my part, but recognition from the Radio 2 Folk Awards tends to make me think of a certain strand of youngish British folk that I’m not so keen on: attempted modernisers like Jim Moray rather than the likes of Alasdair Roberts that I favour. Lee’s album, though, is tremendous: a collection of traditional songs that he has assiduously sourced from the English gypsy and Scottish and Irish traveller communities, then blessed with courtly, uncanny, subtly radical treatments.

Reading the sleevenotes and lists of instrumentation, “Ground Of Its Own” looks like it might be a dream jam session on Radio 3’s Late Junction show. Lee’s main instrument is a shruti box (an Indian harmonium-like instrument), and his calm and evocative vocals tend to be orbited by fiddles and cellos, muted trumpets, hammer dulcimers, jew’s harps, and a hang drum (the reverberant humming bowl familiar from “Ground Of Its Own” The Portico Quartet’s records).

Their cumulative impact is brittle, twanging, quivering, inventive and, when needs be, playful. The opener, “Ballad Of George Collins” (originally about, says Lee, “the sexual hazards of water sprites”) has a sprightliness that suggests an acoustic reconfiguration of dance music. “On Yonders Hill”, meanwhile, has a ghostly jazz pull to it, thanks to the way a trumpet negotiates a path around Lee and another mysterious instrument of low vibrations that is listed as a “tuned tank drum”.

Shirley Collins is on hand on the press release to sing Lee’s praises (there are a bunch of Sussex songs here, and “George Collins” is listed as having originally been collected by Bob Copper) along with Joe Boyd, and the album was mixed by John Wood, to complete a sense that Lee has been anointed by some of the more discerning Anglo-folk royalty.

“Ground Of Its Own”, though, pulls off that much-attempted but rarely successful trick of sounding at once ancient and, in a relatively original way, contemporary. Lee has a compelling, slightly offhand way with a yarn (he often sings what seem to be notionally women’s songs), and an understanding of how drones can, in a folk context, be both earthly and transcendent. “The Tanyard Side” is superb, with the ebbing shruti box emerging out of a North Caucasian sample to create an unrooted, potent kind of kosmische music (I’m reminded of Roberts’ “No Earthly Man”, a little).

Best of all, there’s the remarkable “My Ausheen (My Old Shoes)”, which revisits the “Puck’s Song” trick of blurring the edges between an old field vocal and Lee’s own performance. Spare strings rear, Lee harmonises with himself, and the whole thing builds to a graceful climax. When the church bells started ringing as I walked through the City to work this morning, I couldn’t tell whether they were inside or outside of my headphones.

Just had a look and discovered Lee’s website – http://samleesong.co.uk/ – where you can hear some of this. Have a listen and let me know what you think.