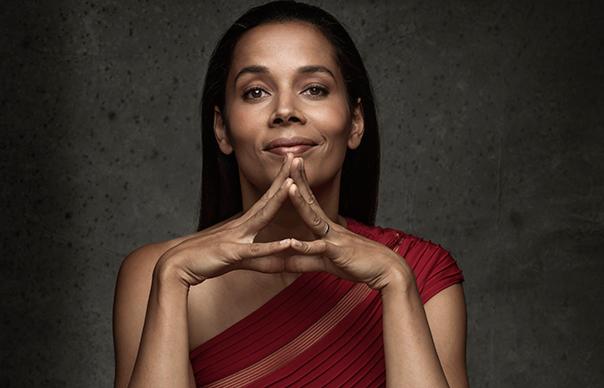 Working on a monthly magazine like Uncut, with early promos and advanced deadlines, it can sometimes be easy to forget when specific albums actually come out. That’s been the case with Rhiannon Giddens’ “Tomorrow Is My Turn”, which I noticed over the weekend actually came out last week.

For someone who’s called her record “Tomorrow Is My Turn”, Giddens often seems mighty preoccupied with history. With her old-time string band, the Carolina Chocolate Drops, she’s meticulously celebrated the role of African-Americans in their country’s folk music. More recently, she figured on the New Basement Tapes, a distaff presence in the group tasked by T Bone Burnett to at least try and pick up where Dylan left off in 1967.

Giddens’ place in that project, alongside marquee names like Elvis Costello and Marcus Mumford, earmarked her as a singer of whom great things were expected. An artful repositioning as a kind of new Norah Jones, with a conservatory-trained voice that could be as stentorian as it was tender, did not seem implausible.

A scholarly long view, however, means that Giddens’ first solo album has turned out rather differently. While “Tomorrow Is My Turn” is certainly an expansive sampler of her range, it’s also an eloquent disquisition on the cultural paths that have kept intersecting, time and again, through the last century of American popular music. A key text here is the elemental field holler “Waterboy”, rendered pretty faithfully to Odetta’s version. Giddens’ performance of “Waterboy” stole the show at the Inside Llewyn Davis concert in New York, September 2013, and the clarity and force of her vocal make it an obvious highlight, But it’s also only a taster of what this supple, ambitious singer can do.

The exceptionally well-curated material is all drawn from women singers – if not always women writers – and does a fine job of placing Giddens at the nexus of a multiplicity of traditions. There’s a polished effortlessness to the way she can switch from the uncanny blues of Geeshie Wiley’s “Last Kind Words” to the tender swagger of “Don’t Let It Trouble Your Mind”, an early Dolly Parton gem. A rambunctious tilt at Sister Rosetta Tharpe’s proto-rock’n’roller, “Up Above My Head”, leads into to an exquisite, torchy take on Charles Aznavour’s “Tomorrow Is My Turn”, based on a Nina Simone version that Giddens found during one of her fact-finding missions on Youtube.

“O Love Is Teasin'”, meanwhile, learned from Peggy Seeger and Jean Ritchie, moves in the misty hinterland between Celtic folk and the Appalachians, not unlike some work by another T Bone client, Alison Krauss. It’s at this point, perhaps, that “Tomorrow Is My Turn” starts to feel kin to one of the real masterpieces in Burnett’s production catalogue, Krauss and Robert Plant’s “Raising Sand”. Like that album, there’s a prevailing intelligence, craftsmanship and good taste, which even a human beatbox-powered version of “Black Is The Color” can’t quite undermine. And Giddens, for all her poise, is an emotionally resonant as well as academically precise musician; Elizabeth Cotten’s “Shake Sugaree”, in particular, benefits from a striking lightness of touch.

“Tomorrow Is My Turn” ends with a play that seems both poignant and strategic. “Angel City”, the album’s sole new composition, was written by Giddens during the New Basement Tapes sessions, and has a measure, a stillness, that collapses the genre adventures which have preceded it, and eventually transcends them. Its theme, too, is the implicit theme of the whole album, and captures Giddens’ perspective as a new phase of her career begins. When you’ve learned so much, so diligently from the past, the possibilities of where you can go next are tantalising.

Did you always think you’d make a solo record?

Rhiannon Giddens: Eventually. The timing of it was a little surprising, because I was settling in to work on the next Carolina Chocolate Drops record. Then this lightning bolt happened [the response to her performance at the Inside Llewyn Davis concert] and everything changed. It was kind of… accelerated.

How do you think the Carolina Chocolate Drops’ concept connects to Tomorrow Is My Turn?

RG: It’s the same idea of highlighting history, highlighting the struggles of African Americans in the history of America, and the creation of American music, and all these very rich, deep things. But on this record I’ve been really thinking about women, and just being so grateful for the opportunities I’ve had, as a 21st Century woman in a First World country, realising that not everybody has that opportunity, and they didn’t in the past. I got really inspired by Nina Simone and Dolly Parton: these women are my heroes, they’re the reason I can do what I do.

The album’s a very effective sampler of your range – was that something you were conscious of when you were selecting the songs?

RG: I’ve always been a mimic, ever since I was a kid. I really try and crawl inside a style. But I didn’t so much want to showcase my ability, I wanted to show how well country and blues and celtic and gospel and all of this stuff go side by side. It’s like they’re not so far apart. We’re too genre-fied and too specialised and we should be able to have these things next to each other, mixing together to make the music that we love.