Mick and co reconnect with their blues roots - magic happens 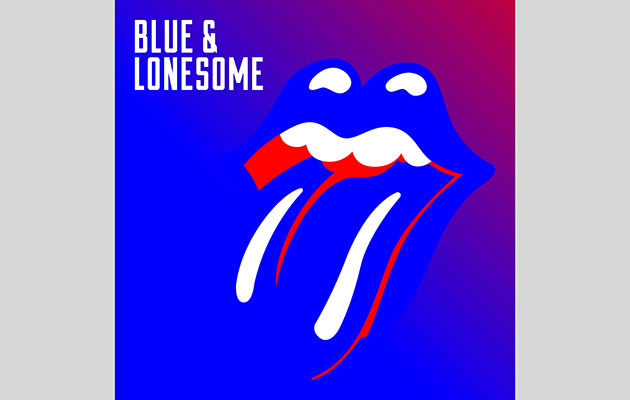 In 2009, there was a rumour doing the rounds that The Rolling Stones were considering working on a new album with Jack White. Although it was subsequently debunked, at the time the idea of the Stones collaborating on new music with White seemed a genuinely exciting prospect. In many ways, Blue & Lonesome resembles just the kind of album they might have made together: a collection of 11 covers of lesser-known Chicago blues songs that casts the Stones back to the very beginnings of their career on the British R’n’B scene.

Although the Stones came in with the blues, look what happened a little later. They rejected the conservative orthodoxy represented by Chris Barber, Alexis Korner and Cyril Davies, instead moving on to Aftermath, “… Satisfaction”, country rock, Nellcôte and beyond. Since then, they have occasionally returned to the blues – but then strictly on their own terms. “Love In Vain”, “Ventilator Blues”, “Midnight Rambler”. You could be forgiven for thinking, then, that Blue & Lonesome is a little like trying to put the genie back in the bottle.

But such intellectual considerations are not entirely the point here. Blue & Lonesome took three days to record – the Stones working instinctively, seizing a brief window of opportunity without questioning it. For a group operating at their level, accustomed to spending several months working on an album, it seems emboldened with drama and risk. Among their peers, only Neil Young moves at such a clip – and even then, his new album Peace Trail was recorded in a comparatively leisurely four days.

At its best, Blue & Lonesome finds the Stones fired up. The album opens with “Just Your Fool” – one of four songs on the album written by Little Walter. A Muddy Waters cohort, Walter was a fiery, preternaturally gifted harmonica player. Consequently, Mick Jagger’s harp playing is one of the album’s defining features: diving and swooping through Keith and Ron’s guitar lines, alternating between the raucous (“Just Like I Treat You”) and more sultry, soulful tones (“Blue And Lonesome”). Jagger’s delivery, too, is forceful and direct, a reminder of how astute an interpreter of blues songs he can be. On Howlin’ Wolf’s “Commit A Crime”, he is the aggrieved lover, disdainfully spitting out lines like “You put poison in my coffee instead of milk and cream”. On Magic Sam’s “All Of Your Love”, he is lovestruck and remorseful, pleading, “I hate to be the one/The one you left behind”.

If Blue & Lonesome is a return to the kind of music the Stones started out playing, then it seems apt that they explicitly connect to the band’s earliest days. One of the songs here, Eddie Taylor’s “Ride ’Em On Down”, appeared in the setlist for their very first gig, on July 12, 1962 at the Marquee; meanwhile, sprightly takes on Little Walter’s “I Gotta Go” and Howlin’ Wolf’s “Just Like I Treat You” wouldn’t sound out of place on their debut album. Keith Richards remembered recording that on a “two-track Revox in a room insulated with egg cartons”. On this occasion, holed up in Mark Knopfler’s British Grove Studios, they worked on a valve-driven desk as old as the band itself – one of EMI’s vintage REDD consoles, the same model used by, of all people, The Beatles.

The Stones are joined by Eric Clapton – another player who travelled far beyond his blues roots – for two tracks: Little Johnny Taylor’s “Everybody Knows About My Good Thing” and Otis Rush’s “I Can’t Quit You Baby”. Clapton’s slide on both tracks is clear and pristine; dutifully serving the songs and complimenting Richards and Wood’s gritty rhythm lines.

The work done by the two guitarists on Blue & Lonesome is essentially to bring swing and character to the songs. Aside from Clapton’s contributions, there are very few guitar solos on the album – the heavy lifting, so to speak, is done in the sympathetic interweaving between Richards and Wood’s playing. “Hate To See You Go”, for instance, finds them locked in a playful call-and-response between a cyclical riff and a four-chord rhythm sequence. “Hoo Doo Blues”, meanwhile, strikes a harmonious balance between pedal steel, Jagger’s harp and spiraling riffs. Throughout, Charlie Watts provides – as ever – unshowy yet powerful backing. His nimble percussion on “All Of Your Love” or the cymbal crash that animates the second half of “Commit A Crime” are every bit as characterful as the work done upfront by the guitars.

The highpoint is their version of Jimmy Reed’s “Little Rain”. Seeped in reverb, it is full of swampy menace. The guitars circle and loop predatorily around Jagger’s wailing harp, generating an air of inchoate, sinister dread as a subdued Jagger sings of loving his girl “underneath the shinin’ moon”.

For some bands, the idea of making an album of formative influences might be considered a mere stop-gap – a minor addition to the canon to keep the wolf from the door. Intriguingly, Blue & Lonesome feels like a major reassessment from a band – returning to the source and in doing so reminding us why they mattered in the first place. Where do the Stones go from here?