Reviewed! Leon Russell in A Poem Is A Naked Person

Free-flowing doc, filmed between 1972 and 1974, unreleased until now 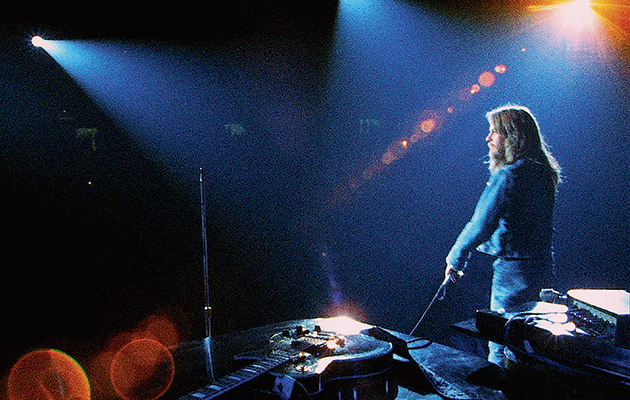 In 1972, Leon Russell invited the filmmaker Les Blank to visit his recording studio compound in Oklahoma. The musician was on a roll at the time. He had graduated from Delaney & Bonnie And Friends to play a key role in Joe Cocker’s Mad Dogs And Englishmen touring band, while his own solo career had taken off with “A Song For You”. Now based in his native Tulsa, Russell and his producer Denny Cordell commissioned Blank to make a film about him. Meanwhile, Blank had recently completed location filming on Dry Wood and Hot Pepper, two documentaries about the life and music of the Creole communities in Louisiana’s Cajun country, when he accepted Russell’s offer. Over a period of two years, Blank and his assistant Maureen Gosling filmed Russell, taking up residence in one of Pappy Reeves Floating Motel Cabins on the Grand Lake Of The Cherokees, not far from Russell’s studio.

A Poem Is A Naked Person is a rich mix of portraiture, social scenes, nature photography and ethnomusicology. His camera holds on shots of water snakes and alligators moving through the lake’s waters, or the retired Oklahoman couple who have come into Russell’s employ. During footage of Willie Nelson performing “Good Hearted Woman”, Blank seems as intent filming the locals at the Floore Country Store Dine Dance as he is framing tight close ups of Nelson’s sweat-drenched face. In a perfect meshing of music and anthropology, he shoots Russell talking to an old boy about the beliefs of the local Quapaw Indians.

Blank had previously made shorts on Dizzie Gillespie and Lightnin’ Hopkins – musicians of a different discipline to those depicted here. There is plenty of woolly rock talk – “Everything was not what it was supposed to be in the first place,” drawls a stoned-sounding Bill Mullins. There is plenty of horseplay in hotel rooms, paddling pools and other locations. Elsewhere, texture is provided by artist Jim Franklin scooping up baby scorpions from an empty swimming pool, a catfishing expedition and footage of a baby chick being fed to a boa-constrictor as a metaphor for American consumerism. There is live performance, too – splendid, hand-held film of the charismatic Russell leading his band through good time rock’n’soul, in the studio in with local musicians or jamming with Neil Young’s producer David Briggs on a wonky version of “Lady Madonna”.

Russell blocked the release of Blank’s film. It is only due to the perseverance of his son, Harrod, that Russell has finally granted permission. Les Blank died in 2013 with a strong body of documentary films behind him – including the legendary Burden Of Dreams, about Werner Herzog’s filming of Fitzcarraldo. A Poem Is A Naked Person, meanwhile, is a brilliant, free flowing depiction of a time, a place and the people who inhabit it. At one point, Russell appears to break the fourth wall and address the viewer directly. “Are you loaded now?”