To be a fan of Gillian Welch, as many Uncut readers will appreciate, requires an uncommon degree of faithfulness and patience. In 18 years, she has released just five albums; given that the gap between the last one (2011’s The Harrow And The Harvest) and its predecessor (2003’s Soul Journey) ran to eight years, a follow-up may still be some way off. 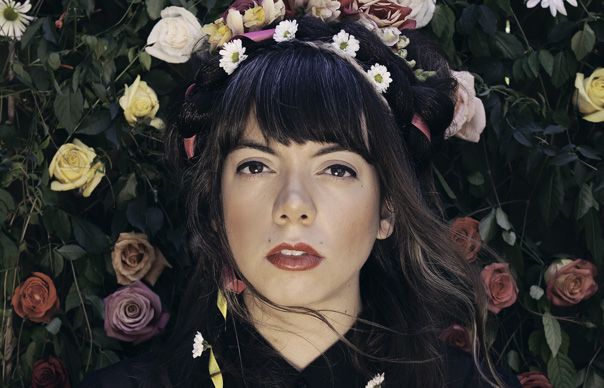 To be a fan of Gillian Welch, as many Uncut readers will appreciate, requires an uncommon degree of faithfulness and patience. In 18 years, she has released just five albums; given that the gap between the last one (2011’s The Harrow And The Harvest) and its predecessor (2003’s Soul Journey) ran to eight years, a follow-up may still be some way off.

It would be rather limiting to pitch Alynda Lee Segarra, the pivot of New Orleans’ Hurray For The Riff Raff, as a mere Gillian Welch substitute, here to fill the days until Welch and David Rawlings configure a new batch of songs to their exacting specifications. For a start, Segarra is a compelling individual: a queer-identifying 27-year-old of Puerto Rican descent, who grew up at New York punk shows before living out a Woody Guthrie hobo fantasy, jumping boxcars and eventually fetching up in New Orleans. Initially, the Riff Raff’s music was ragged and unfocused, so that two early, self-released albums (compiled on the Loose label’s useful 2011 set, Hurray For The Riff Raff) often find the band swaggering like gypsy boulevardiers.


It is not until 2012’s fine Look Out Mama that a vision solidified: a spare, creative updating of the southern vernacular. Small Town Heroes is the band’s fifth and best album, one that presents Segarra as a serious and idiosyncratic artist, while at the same time pointing up some auspicious parallels between herself and Welch. There’s the calm, tender authority of Segarra’s voice, revealing her as another singer who – as in “Levon’s Dream” – can tackle heartbreak with an unflustered emotional clarity. Segarra, like Welch, is a sometimes austere traditionalist in the way she draws on the essential folk musics and instruments of America – an acoustic guitar, a fiddle, a stomped boot for percussion – but a radical in the way she uses these tools to tell modern stories. “St Roch Blues”, then, is a ghostly evocation of street corner doo-wop (a nod to her Bronx upbringing, perhaps) that laments a recent spate of gun violence in New Orleans, while the title track regretfully mythologises one of her outsider constituency, a junkie lover of whom Segarra says, “I just couldn’t watch you stick it in your arm.”


Two Gillian Welch songs featured on last year’s low-key covers album, My Dearest Darkest Neighbor: “My Morphine” and “Ruination Day”, the latter extensively rewritten as “Angel Ballad”, and this folk art of adaptation is clearly something that Segarra cherishes. “The New SF Bay Blues” takes bluesman Jesse Fuller’s “San Francisco Bay Blues” as its acknowledged base (trace elements of “Rollin’ And Tumblin’” can be detected in there, too), but twists it into a requiem for a beloved, written-off tour van. Meanwhile, the album’s centrepiece, “The Body Electric”, is an inspired subversion of one of folk’s most problematic yarns – the murder of a woman, specifically Delia Green of Savannah, Georgia, in 1900. As the killer dumps the body in the river, Segarra notes, “The whole world sings like there’s nothing going wrong.”


It’s a song which captures a dilemma at the heart of Hurray For The Riff Raff’s music – how do you reconcile a love for the brutal poetry of old murder ballads, while being morally progressive in outlook? In Johnny Cash’s version of “Delia’s Gone”, the victim is “lowdown and trifling”, “cold and mean”, even “devilish”. In “The Body Electric”, Segarra comes up with a great solution, an improbably harmonious mix of homage, feminist textual criticism and revenge fantasy; a mission statement that confirms Hurrah For The Riff Raff as standard-bearers for a new, forward-thinking generation of roots musicians. “Like an old sad song, you heard it all before,” she sings, measured and elegant as ever, “Yes Delia’s gone, but I’m settling the score.”

Do you still enjoy life on the road? And is “Crash On The Highway” based on a real incident?

It was based on an actual traffic jam. The road is my natural habitat. I’ve been travelling since I was a child, and in the past it was the journey I enjoyed more than the destination. These days, however, it’s the show I look forward to, so that song is a lot about that change in my mindset. It’s also about finally feeling at home in New Orleans and how it feels to have a home base to miss while I’m on the road.

Do you find it hard to reconcile your feminism with the misogynistic elements of some of the old music you love?

Yes, it’s hard. It’s a part of life as a woman, you have to choose what you will welcome into your consciousness or else a lot of toxic elements will get in there. It’s difficult and tiring. Lately I’ve been trying to focus my energy on learning about female musicians of the past, there’s so many who told their stories and gave us tremendous art. I’m choosing to pass on their legacies as well as all the male folk musicians who stood for social justice: Woody Guthrie, Pete Seeger, John Lennon.