One of the things I wrote in the new issue of Uncut (full details here) is a longish review of the new Real Estate album, which is out today, I think. 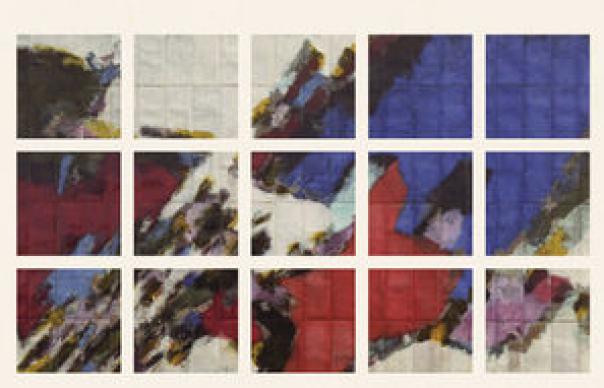 One of the things I wrote in the new issue of Uncut (full details here) is a longish review of the new Real Estate album, which is out today, I think.

As part of that, I had an email exchange with Martin Courtney, Real Estate’s frontman. There was only room to print a short extract with my review, but I thought it worth reprinting the full Q&A here…


How do you think Real Estate have changed since the last album?

The thing that’s changed the most between the last record and this one is the creative process by which we wrote the songs. This was a much more collaboratively written record than Days. We spent eight or nine months working on the songs that I, as well as Matt and Alex, would bring to the group. The four of us in a room arranging the parts and mapping out each song. Then about a month before we went into the studio, we brought Matt (Kallman) in and he wrote his keyboard parts, with our input. As in the past, I did record demos for many of these songs, some of which were just me playing each instrument, but this time the demos were treated much less as a blueprint for the finished product than just a way of getting the idea across.

Can you tell us what it was like working in Wilco’s space? Were any of the band around?

They have been in that loft for over ten years, and you can tell. It’s just really well set-up, very conducive to creativity and experimenting. Basically, as a recording studio, it was set up in such a way that you could try anything at any given time. If you’re working on vocals or guitar overdubs, it’s possible to drop everything and try a live take of a new song. In our experience, that kind of versatility is pretty rare. In a smaller studio, you have to tear everything down and reset it if you’re going to move from one phase of recording to the next.

Atlas feels like a very natural and graceful evolution of Days. But you recently told NME this album was about “Adventure”; “It’s like us leaving home for the first time.” Can you explain that?

Thanks. And not sure I remember saying that, or what the context was. I do enjoy the Television album Adventure, though.

A lot of the lyrics seem to refer to distance, separation and attendant anxieties. Is there any specific reason why that’s the case?

Lyrically, I was trying to write songs that reflected my current life more on this album. Having spent a lot of time on the road over the past few years, it was only natural that those themes would end up making their way into the words I was writing.

It feels like one of the key lyrics on the album is “This is not the same place I used to know,” and the lyrics of “Past Lives” in general seem especially significant. Can you talk about that a little more?

I feel like that song sticks our as being the most backward looking song on the album, but it’s written from a perspective rooted in the present. I wrote the music for that song in my parents’ attic, where I had a little studio set up for a while in the fall of 2012 before we got our own practice space in Brooklyn. Basically the lyrics are inspired by sitting in the attic of the house I grew up in, recording demos in the middle of the afternoon, like a month after I got married. Just feeling kind of weird and old, I guess.

It occurs to me that this theme might tie in with the loss of the Stefan Knapp mural featured on the cover. Is that the case, and could you explain the mural to our readers?

To be honest, I hadn’t thought of that. I just liked the idea of using the mural on the record cover because of the way it made me feel to remember it. That mural was on the side of a department store called Alexanders. I used to see it all the time from the back seat of my parents car. The store itself was closed down and vacant for the entire time its existence overlapped with my own. The landscaping surrounding the building was all overgrown, and the parking lot crumbling, but this massive, colourful abstract painting remained. The whole building was torn down in I think 1994, and the mural itself is dismantled and in storage now. The whole thing is just kind of a blast from the past, and very specific to the area where Alex, Matt and I grew up. I have this hope that other people who are from Bergen County will be pleasantly surprised when they see our record cover and remember.