In praise of Studio 54

Splendid new doc shines a light on the notorious nightclub 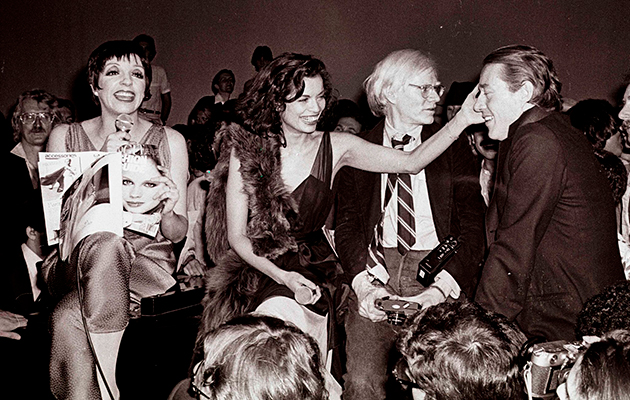 It always seems like a strong year for music documentaries, but so far 2018 is shaping up to be a particularly fine vintage. The Defiant Ones was a grand, ambitious series charting the complex relationship between Dr. Dre and Jimmy Iovine and their impact on the music industry – and that, really, is just for starters. There’s a brace of excellent docs coming soon: the beautiful Ryuichi Sakamoto: Coda, a film from Sara Driver on the early years of Jean Michel Basquiat called Boom For Real and Kevin Macdonald’s Whitney documentary.

More immediately, there is Studio 54 – director Matt Tyrnauer’s doc about the notorious New York nightclub that also casts a light on a relatively recent complex history and cultural/social mores.

Tyrnauer’s thrilling film is about many things – superstar glitz, hedonism during a more innocent era, ruthless ambition – but it also tells a more intimate story, away from the glare of tabloid headlines and celebrity testimonials. Studio 54 is about Steve Rubell and Ian Schrager, the college high school friends behind the New York nightclub that opened for business on April 26, 1977. It’s notoriety made its way to the front page of the New York Post and, 33 months later, to the doors of the IRS. Rubell and Schrager were eventually sentenced to three and a half years for tax evasion. In keeping with the spirit of Studio 54, Nile Rogers recalls the party Rubell and Schrager threw the night before they went to jail as “probably as exciting and as much fun as the opening party – it may have been more fun.” Warhol and Calvin Klein were among the guests. Diana Ross sang, as did Liza Minnelli. The DJ played “My Way”.

The key for Tyrnauer – director of Valentino: The Last Emperor – is the involvement of Schrager. In the past, he has spoken little about Studio 54 but now – he has a book out – he opens up for the director. Rubell, who died in 1989 aged 45, appears in archive footage. And what times! Watching the wild energy of the club filmed in its pomp, hits of the day blaring out across the soundtrack, you could perhaps imagine you were watching a Scorsese film. Indeed, Rubell and Schrager are the archetypal American rise-and-fall story, benign GoodFellas whose shamelessly fast and cynical route to the top is nailed by Tyrnauer. Now 71, Schrager professes astonishment that they somehow pulled it all off – without even having a proper liquor license.

STUDIO 54 will be released in the UK on June 15