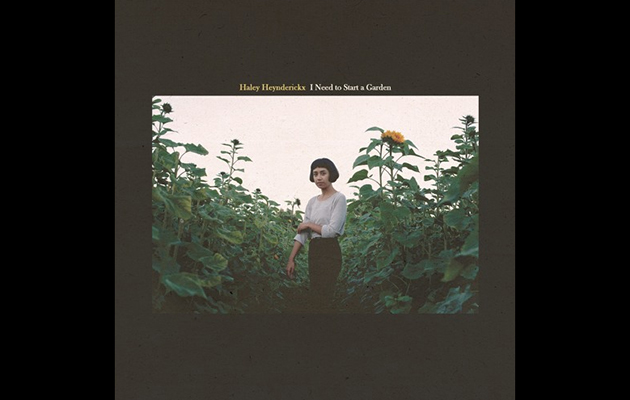 On “Untitled God Song”, Haley Heynderickx imagines a meeting with her ineffable creator. “Her Coach bags are knockoff, her shoes are all dressed up,” she sings, depicting a conspicuously human divine being who, nonetheless, still “spins me around like a marionette”. Meanwhile, Heynderickx’s rich vibrato plays out against swooping, open tunings and an echoing trombone. She is thoughtful and funny, envisaging her god in a variety of feminine guises; but it transpires that the song’s lyrical approach is also representative of Heynderickx’s slender but hugely promising body of work so far. At the heart of her songs is an open-ended curiosity about the human condition – how it works and how, often, it doesn’t.

“Untitled God Song” has its origins in Heynderickx’s own religious upbringing in Forest Grove – a modest suburb of Portland, Oregon. There, when she was 11 years old, Heynderickx had a dream in which she was transformed into a female Jimi Hendrix, complete with bellbottoms and a flaming guitar. Alas, opportunities for an aspiring, pre-teenage guitar virtuoso were limited in Forest Grove. Heynderickx took lessons with the only guitar tutor available: a bluegrass instructor, who taught her about rhythm patterns, discipline and process. Between them, God, Hendrix and bluegrass contribute to a potent creation myth that Heynderickx largely lives up to.

Her first release, 2016’s self-possessed “Fish Eyes” EP, captured Heynderickx’s raw, playful charm. Though with lines like “Am I down in the river bed this time picking fish heads and eating out their eyes?”, the title track grappled with something more primal; a darker, allegorical quality she returns to frequently.

I Need To Start A Garden amplifies Heynderickx’s best qualities. Collectively, the songs appear rooted in the natural world. There are birdhouses, fig trees and honeycomb; coastlines, sunsets, a hornet’s nest. In one song, “the sky is all indigo”, while another finds the narrator competing with insects in the bath. Full of symbols and codes, they evoke the lyrical nature writing of Nick Drake or Vashti Bunyan, but delivered like a less refined Sharon Van Etten. Heynderickx is accompanied by fellow Portland musicians Phillip Rogers on drums, Tim Sweeney on upright bass, Lily Breshears on keys and Denzel Mendoza on trombone, but these elements are essentially discrete shading for Heynderickx’s voice and atmospheric electric guitar playing, reminsicent of Jeff Buckley.

Heynderickx draws inspiration from disparate sources including Miyazaki films (“No Face”) and archetypal Western standards of feminine beauty (“Untitled God Song”). They are often autobiographical, but not overtly so – “Drinking Song” is based on Heynderickx’s experiences as a student in Prague, while “Jo” mourns the death of a close friend. “Worth It” is a note to self – a pep song Heynderickx wrote after a period of self-doubt. “Maybe I’ve maybe I’ve been worthless, or maybe I’ve maybe I’ve been worth it,” she howls while the guitars and drums surge in raging sympathy.

At times, this can sound a little precious. The first half minute or so of “No Face”, the album’s opener, with its hummed intro and plucked acoustic lines, sounds like it wouldn’t be out of place on the opening credits of a Sundance contender – maybe an indie movie about young people coming to grips with an uneasy world. But these moments are, fortunately, few and far between.

At the other end of the spectrum, “Om Sha La La” has the rolling gait of the Loaded-era Velvet Underground. But mostly the album’s best songs are simple, contemplative and poignant. At last, you suspect she might have finally found some kind of resolution to her existential doubts. “Everyone is singing along,” she says on “Drinking Song”. “The good and the bad  and the gone”.