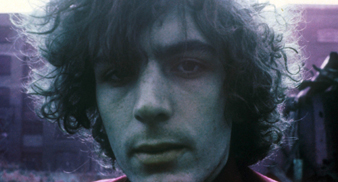 The singer, 60, who suffered from an LSD-induced breakdown while at the peak of his career in the Sixties, died last Friday (July 7). It has been reported that he died from complications related to diabetes, however, other reports suggest the cause of death was cancer.

A statement from Pink Floyd said: “The band are naturally very upset and sad to learn of Syd Barrett’s death.

“Syd was the guiding light of the early band line-up and leaves a legacy which continues to inspire.”

His brother Alan confirmed his death earlier today (July 11), saying: “He died peacefully at home. There will be a private family funeral in the next few days.”

‘Syd’ Barrett was born Roger Keith Barrett in Cambridge on January 6, 1946, the youngest of five children. A keen musician from an early age, he acquired the nickname which became his most prominent moniker aged 15, a reference to another Cambridge-based musician, also named Sid Barrett.

Barrett formed Pink Floyd along with Roger Waters, Nick Mason and Rick Wright in 1965, reputedly naming the band after two blues artists, Pink Anderson and Floyd Council, who had a place in his record collection.

From R&B beginnings, the band developed a unique psychedelic style which sat well with the swinging London hipsters of the time. They quickly became the house band at the acclaimed UFO Club on Tottenham Court Road in the West End, which championed acts from the psychedelic underground.

The band recorded their first single ‘Arnold Layne’, written by Barrett about a cross-dresser, in January 1967. Produced by 60s scenester Joe Boyd, the recording proved enough for EMI to offer the group a contract.

After scoring a Top Ten hit with ‘See Emily Play’, again written by Barrett, the band released their debut LP ‘The Piper At The Gates Of Dawn’ in August 1967.

The record, on which Barrett wrote eight songs and co-wrote another two, was recorded at Abbey Road studios in London’s St John’s Wood, next door to where The Beatles were making ‘Sgt Pepper’s Lonely Hearts Club Band’.

As well as composing many of the tunes, Barrett was renowned for his innovative guitar playing, experimenting with feedback and distortion and using props such as a Zippo Lighter to get a unique sound from his Fender Esquire.

The UK public liked what they heard – the LP made the Top Ten and the band started to attract a devoted following. However, Barrett was becoming increasingly unhinged, which coincided with regular consumption of LSD.

The star started to behave erratically at gigs, most memorably at a show in San Francisco when he put hair gel on his head until it slowly melted over his face thanks to the heat from the stage lights.

Towards the end of 1967, friend of the band David Gilmour was asked to join as second guitarist to compensate for Barrett’s behaviour. It got so bad that on the way to a gig in Southampton in January 1968, Pink Floyd elected not to pick him up.

When Pink Floyd’s second album ‘A Saucerful Of Secrets’ was released in 1968, it contained only one Barrett composition, ‘Jugband Blues’. His official departure was announced in March 1968.

Following this, Barrett holed himself up in his flat in London’s Earls Court, resurfacing in 1970 to release two solo albums, ‘The Madcap Laughs’ and ‘Barrett’, which were not commercially successful. Among the people helping him out on these records were Gilmour and Waters. Gilmour also backed Barrett at his one concert during this period, in June 1970 at London Olympia.

In 1972 Barrett resurfaced in a band called Stars, but he quit after one gig at Cambridge Corn Exchange. In 1974, his old manager Peter Jenner managed to get Barrett to return to Abbey Road in hope of recording another album. When this also proved fruitless, Barrett sold the rights to his solo albums back to the record label and returned to Cambridge to live with his mother. He never returned to the music industry, and lived in the same house until his death. He was said to be fond of painting, writing and gardening. Pink Floyd ensured he still got regular royalty payments.

Pink Floyd of course, went on to achieve massive worldwide fame, and ‘Shine On You Crazy Diamond’, from the 1975 album ‘Wish You Were Here’, was a tribute to him. Sensationally, Barrett made a brief visit to the studio when the track was being recorded, having put on weight and shaved his hair. The rest of the band have since confessed their distress at seeing him in such a dishevelled state.