Peter Perrett: “It wasn’t about drugs… at that time, I was more addicted to sex”

Perrett and the Only Ones recall the making of "Another Girl, Another Planet" 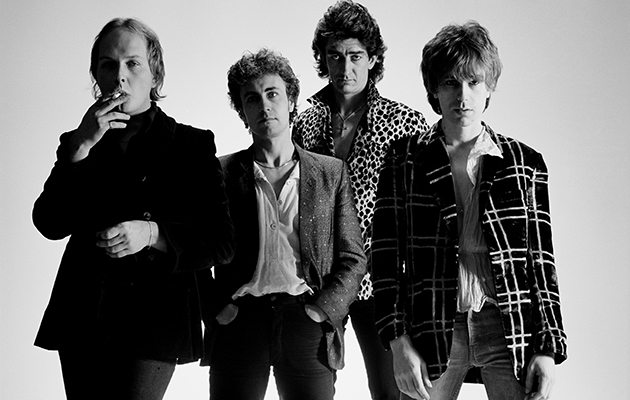 “It’s not the song that I think is my best,” admits Peter Perrett today, pondering the legacy of his best-known creation. Many, however, would disagree with his assessment of “Another Girl, Another Planet”, not least The Replacements, who last month ended their first British gig for 24 years with their own rowdy version.

On its original release, The Only Ones’ second single failed to chart – likely too psychedelic for punk and too weird for the mainstream – but the song has grown in stature over the years, being covered by acts as diverse as Blink-182, Pete Doherty, Belle & Sebastian and The Ukulele Orchestra Of Great Britain.

“We were lucky that so-called punk happened, ’cos the rulebook had been ripped up,” says Perrett, who is now clean of hard drugs after a lengthy struggle. “The one thing I had in common with punks was that I was quite angry. A lot of our early gigs ended in me smashing things.”

Even so, the group also had a foot firmly in the ’60s. Drummer Mike Kellie played with Spooky Tooth, while the young Perrett attended Syd Barrett-era Pink Floyd gigs, factors that no doubt conspired to gave “Another Girl…” its more cosmic, psychedelic edge.

PETER PERRETT (vocals, guitar, organ, songwriting): I can remember what caused me to write “Another Girl, Another Planet”. It would have been about April ’77, because we had it recorded by June. It was inspired by this girl from Yugoslavia. I didn’t go out with her, but she was like a total space cadet, which when I was really young I found interesting. She was just a bit weird – she’d say crazy things, and it just got me thinking that every girl has something different to offer. It would have been written on my Guild acoustic. I think any good song should sound all right on an acoustic guitar.

JOHN PERRY (lead guitar): Peter never explained his lyrics. I never asked. The band rarely talked about music. We’d push a new song down the slipway, see if it floated, and see where it went. When a band is working well, there’s little point talking about it – everyone speaks more eloquently with their instruments.

PERRETT: It’s not about heroin. I mean, I’d started experimenting with heroin at that time – I was probably on it about once a month – but I didn’t think of myself as a junkie until 1980 or ’81, after the band broke up. Everyone thinks that they have it under control and they’re stronger than the idiots who fall prey to it. I always enjoyed writing ambiguous lyrics that could be taken on two or three different levels. You know, it’s like “Love Is The Drug” or “Addicted To Love”. I put in drug-related imagery, but it wasn’t about drugs. At that time I was more addicted to sex and infatuation than I was to drugs.

MIKE KELLIE (drums): Taking Peter’s wonderful songs, as he presented them, and turning them into what was The Only Ones was a very organic but intense process.

PERRETT: I used to be very definite about the structure. I would always have the song conceived in the writing stage, and I wouldn’t allow any suggestions for changing of structure.

ALAN MAIR (bass guitar): The intro to “Another Girl…” was developed with everyone playing together. The thing about The Only Ones is that nobody ever told somebody what they should play. Peter would show us a song and we would just listen to it and develop our own part without it being questioned by each other. That’s the way we worked right from the beginning.