The songwriter on Garfunkel, Graceland and being ignored by Bob Dylan 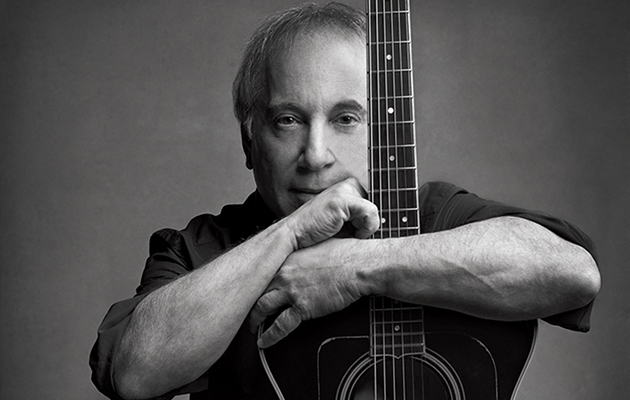 With the songwriting veteran returning to British shores for a tour with Sting, it seems a good time, then, to revisit this wide-ranging conversation about his long and extraordinary journey. In this piece from Uncut’s April 2011 issue (Take 167), Simon takes us from New York to London, from Kingston to Soweto, from his first adolescent songs, through the triumphs of Simon & Garfunkel and his early solo career, onto troubled movies and musicals, creative crises, and the commercial and political dramas of Graceland… Interview: Allan Jones 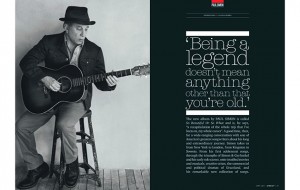 You think of the people who wrote the soundtrack for the 1960s, those days of miracle and wonder, your youth, and here’s one of them, opening the door of his hotel room, Paul Simon.

“Welcome,” he says, a dapper dude, grey around the edges at 69, but otherwise trim and hale. He’s looking good, is your first impression, as he leads you into his suite at the Four Seasons hotel in Washington DC. The day outside is bright but bitterly cold, a raw wind coming off the Potomac, snow on the way. He looks dressed for the weather in a thick blue woollen top, zipped to the throat, good jeans and the kind of boots he might wear for a bracing walk in the woods near his home in New Canaan, Connecticut.

He’s in Washington for a gala concert tonight to commemorate the 50th anniversary of John F Kennedy’s presidential inauguration, which he’ll close with a version of “The Sound Of Silence”, written only a few months after Kennedy’s assassination in November 1963. It was Simon & Garfunkel’s first US No 1 and is a reminder to those of us of a certain age of a time when Simon as much as Dylan, The Beatles, whoever, was re-defining the art of popular songwriting.

Uncut, meanwhile, is in town to talk to Simon about his new album, his first since Surprise, a 2006 collaboration with Brian Eno, and the 11th of a solo career that began when Simon and Garfunkel, friends from a shared New York childhood, split in 1970 at the peak of their popularity, with Bridge Over Troubled Water on its way to becoming one of the biggest-selling albums ever.

So Beautiful Or So What is a stripped-down late-career classic, a mordant meditation on love, mortality, several kinds of contemporary woe and not much less on songs like “Questions For The Angels”, “The Afterlife” and the title track than the meaning of life. Musically, it reminds him of his first solo album, Paul Simon, though there are powerful echoes too of Still Crazy After All These Years and Graceland.

“Without having intended it to be,” he says, “the album became something of a recapitulation of the whole trip that I’ve been on, my whole career.”

Which, as well as the new album, is what we now talk about. He sits with his back to the afternoon light coming through the window. By the time we’re through, nearly three hours hence, there won’t be much of it left.