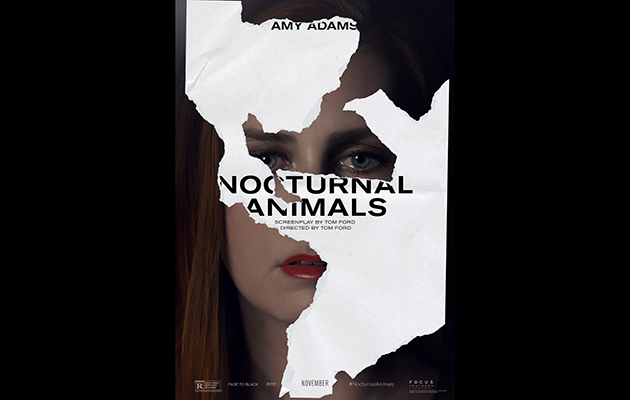 The latest film from fashion designer turned director Tom Ford, Nocturnal Animals is really several different films jostling for space. On one hand, it is a study of the driven, insecure people who populate Los Angeles’ arts community. On another, it is a film about regret and the poor choices people make in life. And it is also a meta-textual drama in which a film-within-the-film unfolds that both offers commentary on the main story but is in its own right a violent noir set in the boondocks of West Texas. OK?

Actually, Nocturnal Animals is phenomenally good. Ford artfully manages his narrative jumps, from LA in the present day to New York in flashback and dusty Texas desert. He cuts elegantly from sterile, artificially-lit art galleries to the wife-open desert spaces, finding links and segues: the colour of someone’s hair, the shape of a body.

Adapted from Austin Wright’s novel, Tony And Susan, the film is hung decorously around Susan Morrow (Amy Adams), a visual artist who is drifting through a loveless second marriage to a philandering husband, played by Armie Hammer. She is miserable, can’t sleep. One day, she receives a manuscript through the post of the debut novel written by her ex-husband Edward (Jake Gyllenhaal) – a sensitive figure whose heart she broke twice over. This novel, Nocturnal Creatures, plays out as the film-within-the-film, in which Tony (also played by Gyllenhaal) and his wife and teenage daughter encounter unspeakable horrors on the Interstate.

It is complex and mature film – a significant leap from Ford’s debut, A Single Man. Needless to say, it is beautifully composed; but in Adams, Gyllenhaal and Michael Shannon (as a laconic Texas lawman) the acting is hefty and intense. It fits somewhere between Mulholland Drive and In Cold Blood, but is entirely its own thing. One of the films of the year.