The National, Grizzly Bear and more on their all-star Grateful Dead tribute album 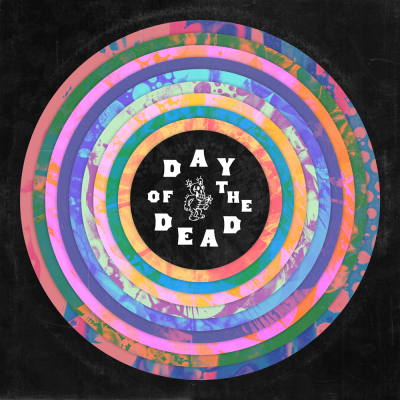 Five years in the making, The National’s mammoth all-star tribute to the Grateful Dead is finally complete. Uncut talks to the many and varied artists – among them My Morning Jacket, Lee Ranaldo, Yo La Tengo, Grizzly Bear and Dead outrider Bruce Hornsby – about the enduring power of Garcia and co’s music, and the challenges of turning on a new generation. “This could be a bridge,” says Aaron Dessner. “All this is about the future of this music.” Story: Rob Mitchum. Originally published in Uncut’s May 2016 issue (Take 228).

One Warlocks became the Grateful Dead, creating and influencing a jamband scene that survived stubbornly on the fringes of mainstream rock. The other became The Velvet Underground, founding fathers of punk, alternative and indie rock.

For 50 years, these two lineages remained almost entirely separate, two rock tribes that rarely cross-pollinated. But this spring, a massive new charity tribute album curated by members of The National promises to reconcile these Warlock descendants, officially welcoming the Dead into the stable of indie-rock influences and, perhaps, setting the band’s legacy for its second half-century.

Day Of The Dead, in the works for almost five years, comprises more than five hours of covers from a roster that reads like a Coachella poster. Members of indie forefathers Sonic Youth, Wilco and Pavement, modern-day headliners My Morning Jacket, Mumford & Sons, and The War On Drugs, and left-field contributors such as composer Terry Riley, African legends Orchestra Baobab, and ambient experimentalist Tim Hecker appear, all paying tribute to a band that was once toxic territory for the indie-inclined.

In its size and scope, the compilation also cracks open the stereotype that the Dead and their post-Jerry Garcia spinoffs were little more than country-rock noodlers, a travelling museum of tie-dyed ’60s nostalgia. Lesser-known components of the Dead’s sound – pastoral folk, avant-garde noise, prog complexity, jazz-level improvisation – come to the fore as artists interpret more obscure pieces of the Dead’s long history. “We wanted to explore some corners of the Dead’s catalogue that people don’t know about,” says Aaron Dessner, guitarist for The National and organiser of the compilation. “We wanted to shine a light on the songwriting as much as we could, but also the experimental aspects of the Dead, and do that across their whole history, from early output to latter-day Dead, and the last great songs they wrote.”