Matt Berry on the albums that have soundtracked his life 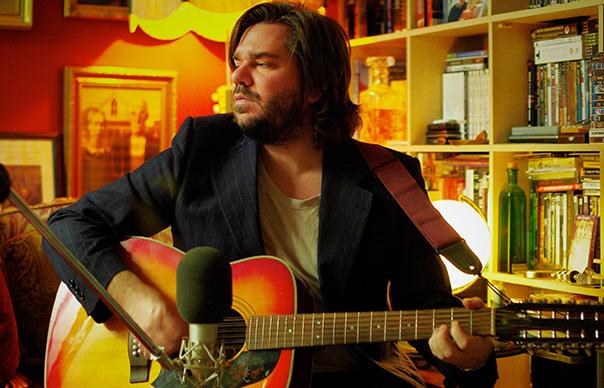 My favourite mix of orchestra and rock
Andrew Lloyd Webber & Tim Rice
Jesus Christ Superstar (1970)
When I heard this, at 14 or 15, I didn’t know anything about musicals, so I listened to it for what it was. I was impressed with his use of orchestra along with very credible rock. It was Joe Cocker’s Grease Band on this, and they were incredible. You’ve got to forget all the badness that comes with Lloyd Webber and just listen. I still think it’s extraordinary.

An album that moves me to tears
Beach House
Teen Dream (2010)
I love the fact that it’s done on cheap Yamaha home keyboards. All the songs get to me, they’re all that perfect bittersweet sort of melancholy, a balance of euphoria and a tear in your eye. My favourite is “Lover Of Mine” – Victoria Legrand has got two incredible melodies going on at once in that song. But the whole album is completely faultless and beautiful from start to finish.

My favourite Brian Eno work
Roxy Music
Roxy Music (1972)
A lot of my favourite songs have Eno involved, but I love the work he does on the first two Roxy Music albums. He’s creating atmospheres as opposed to composition and it’s a beautiful mixture with everything else in that band. “Ladytron” is my favourite – to hear oboe and synth together is not the norm, I guess. I wasn’t so interested when he left, but the first two albums are exceptional.

An incredibly atmospheric album
Fleet Foxes
Fleet Foxes (2008)
It’s very atmospheric and that’s always important for a group. There’s not a duff moment on the whole record – you wouldn’t be buying individual tracks off this album, you know? I love the plate reverb that’s on absolutely everything – all the mid frequencies are up and it’s sort of infinite-sounding, like it’s been recorded in a cathedral or something. I tend to be drawn to ’60s and ’70s reverb!

An unashamedly electronic album
Jean Michel Jarre
Oxygène (1976)
It’s a fantastic album, showcasing early naked synths without shame. It’s not trying to make them sound like anything else. It’s uplifting but also has a kind of sadness, and that’s what attracts me. It was done in his bedroom on an eight-track. I’ve been collecting synths since the late ’80s. They weren’t very fashionable then, so you could pick up pretty cool stuff for a few hundred quid.

A beautifully recorded album
Pink Floyd
The Dark Side Of The Moon (1973)
I listened to this in my teens not knowing who the band were, whether it was one man and his band or 50 people. The sequencing of it is so important, the songs cannot be taken out of context – it’s a 43-minute experience. It also still sounds fucking brilliant. Because it’s not hurried, you can hear every instrument, there’s a beautiful appreciation for everything.

My favourite album
Mike Oldfield
Tubular Bells (1973)
Again, I listened without prejudice at the age of 14. It wasn’t like anything I’d heard, it sounded like there was no point to it, like no record company had asked for it. When you’re 14 and you don’t know your arse from your elbow, something like this really sticks on you because it just sounds like there is someone else who is very much at odds with everything. This was all of his guns being fired at once. I never get bored of listening to it.

An album by a ‘terrifying’ artist
Kate Bush
Lionheart (1978)
The songs are all great, I love the production, the sound, the playing. Watching Kate Bush staring down the lens on Top Of The Pops playing “Wuthering Heights”, it fucking terrified me as a kid. I fancied her as little kids do, but at the same time I thought she was a witch, so you mix those and you’ve got fascination – I just thought she was extraordinary. You know, I still do.