Margo Price: “I knew that this was my true calling” 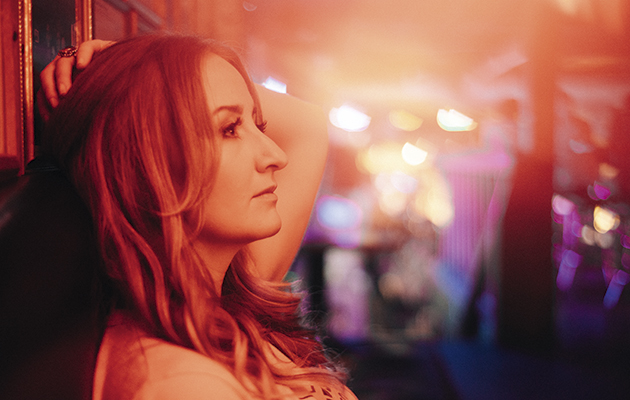 A long night out in Nashville with the town’s insurgent new star, Margo Price. Uncut’s Stephen Deusner goes on a bar crawl with the Price family to discover how hard times and personal tragedy led to Midwest Farmer’s Daughter, and the runaway country success story of 2016.

“I like spicy food and I like cheese,” Margo Price says as she scoots into a booth at Duke’s, a new dive in East Nashville. She points proudly to a small, handwritten sign across the room that advertises a sandwich that bears her name. The Margo Price is grilled cheese with Muenster, white cheddar, red onion and spinach, spiked with a bit of giardiniera and accompanied by a herb mayo dipping sauce. It’s not for the faint of heart or the weak of stomach, but Price grabs one regularly – or as regularly as she can when she’s not touring behind her solo debut, Midwest Farmer’s Daughter, one of the best country albums of the year.

“My husband used to work here when the place first opened,” says the Buffalo Prairie, Illinois, native. “He worked behind the counter making sandwiches, and I would come in and always order the same thing – a spicy grilled cheese. So they made me a sandwich.” It’s become a popular menu item, even more so now that Price has become one of the hottest acts in town, and that little sign on the wall hangs like a trophy: a certificate of the perseverance ingrained in her personality. Her professional philosophy is the same as her strategy for getting herself on the menu: just keep doing what you’re doing until someone takes notice.

Tonight, however, Price isn’t eating. Dinner is long over and the sandwich counter has been closed for hours. Instead, she’s sipping a mescal margarita, her favourite at Duke’s because the bartender mixes in chili powder to give it a kick. Sporting
a retro mini-dress, bright red with a ’60s mod ingénue look, Loretta Lynn by way of Jeannie C Riley, Price holds court effortlessly at Duke’s. Bargoers pass by and say hi, ask how she’s doing. Some, like the two young women at the bar, are fans of her music; others are old friends who haven’t seen her around for a while. Price treats everyone with the same casual intimacy.

As she settles in at a small table near the entrance, Price has to half-shout to be heard. “Most of the time I find it easy to talk to people. I waitressed forever, and that was like being interviewed all the time. With waitressing, you can come to the table and talk to the people, and then you can say you gotta check  on this other table. With bartending, you’re stuck behind the bar. You’re trapped.”

The attention doesn’t bother her tonight. In fact, she seems to relish the chatty atmosphere at Duke’s, where she’s still treated more like a barroom regular than a local celebrity who has, in the past six months, played The Late Show With Stephen Colbert, Saturday Night Live and The Tonight Show Starring Jimmy Fallon. “I can still wander pretty freely in my day-to-day life without being bothered. I’m kind of a chameleon in the way I look and dress, so I can walk through the airport and nobody bothers me. Every now and then you’ll have somebody stop you in the grocery store. That’s a nice thing. I still haven’t found it too much of a drag yet.”

After more than a decade of gigging and touring, things are starting to happen very quickly for Price. There are television appearances, long tours in America and abroad, summer festival gigs, and a schedule so hectic that she can barely keep up with it. But many things remain the same. “I still live in the same house. My husband and I have only one car. I’m still living a modest life, hanging out with my same friends. I’m trying to keep things as normal as possible, whatever that might be. Good or bad, I take it all one day at a time.”