Lo And Behold: Reveries Of The Connected World 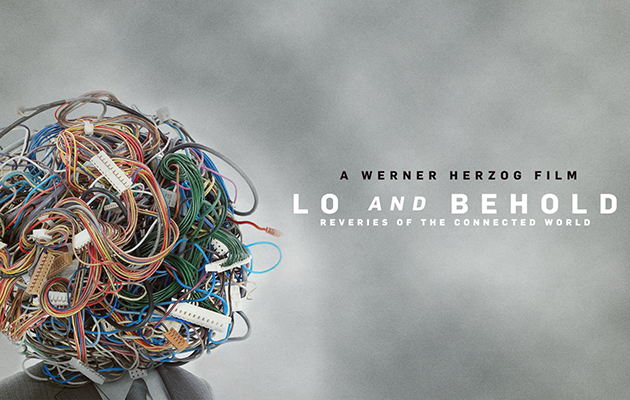 Werner Herzog is no stranger to formidable and uncompromising landscapes, from the Amazon Basin in Fitzcarraldo, to Alaska’s Katmai National Park in Grizzly Man and the Antarctic wastes in Encounters At The End Of The World.

For his latest documentary, he turns his attention to yet another vast and unfathomable environment: the internet. “This is the campus of the university of California in Los Angeles,” Herzog intones with the same wonderment as if he were introducing a base on the surface of Mars.

Perhaps realising that the internet is too vast to successfully document, Herzog wisely decides to split his film into 10 sections, each of which deals with a specific aspect of the net. One of the continuing pleasures of Herzog’s documentaries are the singular characters he invariably encounters during his investigations. Here, he meets a former Google staffer who reveals, “Whenever a self-driving car makes a mistake, automatically all the other cars know about it, including future unborn ones.”

Elsewhere there’s a college professor who dreams of the day a team of soccer playing robots will defeat the FIFA world champions, a neuroscientist who claims it will be possible to “Tweet thoughts” in the near future and a bereaved family who believe the internet is “the manifestation of evil itself”. In one sequence, Herzog meets Elon Musk, a business magnate currently exploring potential options for communicating with colonies on Mars via the internet. “Right now, we can’t even get one person to Mars,” Musk sighs. “I would come along,” interjects Herzog gamely. “I wouldn’t have a problem.”