I had the good fortune to interview Jim Jarmusch recently for our An Audience With… feature. As you’d imagine, it was interesting, wide-ranging chat, and inevitably not everything we talked about made it into the magazine. There’s a couple of things in particular that seemed pretty interesting – not least the ‘full’ answer he gave to a question regarding the current status of The Sons Of Lee Marvin, a shadowy cabal whose members – allegedly – include Jarmusch, Tom Waits, Nick Cave and Iggy Pop. 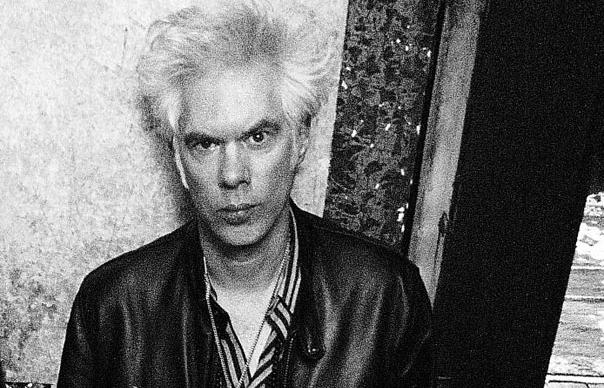 I had the good fortune to interview Jim Jarmusch recently for our An Audience With… feature. As you’d imagine, it was interesting, wide-ranging chat, and inevitably not everything we talked about made it into the magazine. There’s a couple of things in particular that seemed pretty interesting – not least the ‘full’ answer he gave to a question regarding the current status of The Sons Of Lee Marvin, a shadowy cabal whose members – allegedly – include Jarmusch, Tom Waits, Nick Cave and Iggy Pop.

“You know, I can’t answer these questions,” said Jarmusch. “I’m not permitted. It’s part of the club’s rules. All I can say is the organisation is in full existence. If I tell you any more, you don’t want to suffer the consequences. You could have members appearing at your home, and that’s probably not what you want. Where did the idea come from? Years ago, I had an idea, a silly idea for a film where John Lurie and Tom Waits and, I think, another character were three brothers who did not get along at all – this was the story – and their father was a recluse, semi-alcoholic, but very intelligent, interesting, gruff guy living out in nowhere, basically with a bottle and shotgun. He summons them – I don’t remember why – so it was a story where the three sons came to see their very cranky, difficult father. I wanted the father to be Lee Marvin. And I thought Tom and John Lurie and maybe one other actor – I don’t remember if it was Willem Dafoe or someone that would look like they could be Lee Marvin’s sons. Then we lost him. But the organization existed in spite of the fact the film never did, and incorporated more members that could physically possibly look like Lee Marvin’s son. Once, maybe 15 years ago, Tom was in a bar in Northern California somewhere and the bar tender said, ‘There’s a guy in that booth over there, he wants to talk to you.’ Tom said, ‘I don’t know him, what would I want to talk to him for?’ The guy said, ‘Just go talk to him.’ So Tom went over and says to this guy, ‘I hear you want to talk to me, what is it?’ And he said, ‘Yeah, I heard about this organization, the Sons of Lee Marvin. I wanted to know about it.’ Tom said, “What’s it to you?’ And he said, ‘Well, I’m Lee Marvin’s son.’ I guess he appeased the son, because we haven’t got into trouble.”

One of the other things we discussed that didn’t make it into the piece was Jarmusch’s favourite movie vampires; germane, considering his latest film, Only Lovers Left Alive, is ostensibly a vampire film. Jarmusch’s answer is, I guess, a list, but it’s pretty impeccable. Here goes. “The classic is Nosferatu, with Max Schreck,” he said. “I like these outside vampire films, so I really liked Catherine Deneuve and David Bowie in The Hunger, the Tony Sott film. I’m more comfortable mentioning the films than the vampires themselves. I really loved a recent film, Let The Right One In. I like very much Abel Ferrara’s film The Addiction from the Nineties. I like Kathryn Bigelow’s film Near Dark, Claire Denis’ film Trouble Every Day, I like Polanski’s film The Fearless Vampire Killers. I love very much the first kind of marginal or non-horror vampire film, Vampyr by Carl Dreyer. Also George Romero’s Martin. But these are ones that don’t quite deliver the expectations of a monster movie vampire thing, so they’re a big inspiration for me. And don’t forget Blacula and Scream, Dracula Scream. The Hammer films, of course. And Bela Lugosi as Dracula in the Universal film from 1931 is fantastic.”

Only Lovers Left Alive, which is in UK cinemas now, is Jarmusch’s first film in five years, since The Limits Of Control. In the intervening years, he has formed a new band, SQÜRL, and curated a bill for All Tomorrow’s Parties in New York. Jarmusch, of course, is no stranger to music – he has cast musicians ranging from former Sonic Youth drummer Richard Edson to Waits, Joe Strummer, Iggy Pop, Jack and Meg White. For Only Lovers Left Alive, one of his characters – Adam (Tom Hiddleston) is a musician, living in modern day Detroit. Adam is also a vampire, as is his (very) long-term partner, Eve (Tilda Swinton) who is hanging out in Tangier with none other than Christopher Marlowe (John Hurt). Adam and Eve are an odd couple – he is gloomy and reclusive, she meanwhile is spirited and playful. Reunited in Detroit, Adam takes Eve for a spin round the sites – “That’s Jack White’s old house” – before Eve’s sister Ava (Mia Wasikowska) turns up to spoil the party. As you would expect from a filmmaker as idiosyncratic as Jarmusch, Only Lovers Left Alive exists entirely outside the current trend for cinematic vampires: no tweeny Twilight here, nor gruesome monster mash. Instead, this is a mischievous, hyper-literate film – elegantly shot entirely at night by Jarmusch and his cameraman Yorick le Saux – that finds fresh ways of presenting the hoariest of vampire movie clichés. Even the Gothic typeface used in the opening credits is playful. Hiddleson and Swinton, of course, are an excellent double act: pale and interesting old souls drifting through a desolate modern world, with only their connoisseurship to keep them going.