The director talks glaciers, No Wave and The Sons Of Lee Marvin 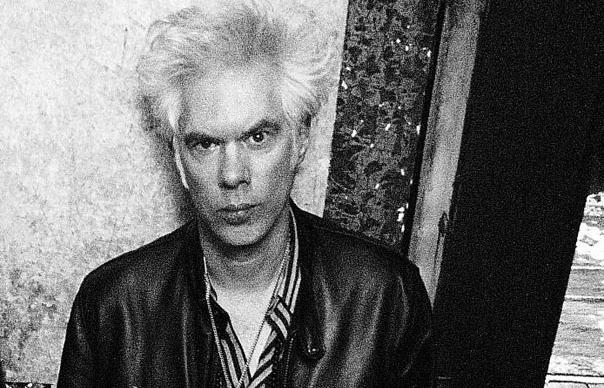 With Jim Jarmusch‘s new film, Paterson, in cinemas this week, it seemed like an opportune moment to post my interview with the director, for our An Audience With… feature in the March 2014 issue of Uncut.

Jarmusch spoke candidly and with excellent humour about many of his formidable collaborators over the years, including Neil Young, Jack White, Joe Strummer. Plus! What happens when Tom Waits tries to glue your hair to a wall…

It’s a busy time for Jim Jarmusch right now. As the director explains, he is not only is he about to release his latest movie – Only Lovers Left Alive – but he is also putting the finishing touches to the accompanying soundtrack, recorded by his band SQÜRL and lute player Jozef Van Vissem. Of course, Jarmusch is a man of many disciplines, equally at home curating a day at All Tomorrow’s Parties as he is working with actors like Johnny Depp or Bill Murray. Indeed, our conversation touches on his involvement in both film and music – whether it be directing Robert Mitchum in his last screen role or locking Tom Waits in a car park. As Jarmusch – a long time Uncut subscriber – tells us, “I love talking about anything. I like these questions!”

Can you please tell the story about Neil Young working on the Dead Man soundtrack, when you were outside the sound booth, or something like that, and there were “production concerns”…
Kurt Vile
OK, Kurt’s going to get me in trouble here. We were recording the score in a warehouse in San Francisco with a remote truck outside. We miked the room in various places for Neil to use primarily electric guitar but he could also use acoustic or an organ that he had. There were screens set up around in a circle so that Neil could record to the picture while the film was playing. It was a rough cut. Neil wanted the dialogue of the film audible to himself. I was worried it was going to bleed into the music so that we couldn’t move the music later. When Neil had left the room, I said to Jay Rabinowitz, the editor, “Man, this isn’t going to work. It’s going to bleed and we’ll never be able to move it. I don’t know what he was thinking. I’ve got to tell him, what do I do?” Then Neil walks back in, walks right up to me and looks right through my skull, saying, “I heard what you said. I was out in the truck. You know the whole room is miked, man? Just loosen up. Don’t worry about it. If the score is good, you won’t want to move it. Don’t worry about the technical shit, let me do my thing.” In the end, he was right, because we didn’t move it. The music landed where Neil played it. But there was a scary moment when I thought Neil might burn psychic rays through my skull. He’s an intense character.

Can you tell me how you ended up casting Sonic Youth’s first drummer, Richard Edson, and John Lurie — known mainly as downtown musicians — as actors in Stranger Than Paradise?
Lee Renaldo, Sonic Youth
I cast them just because they were my friends. I knew them mostly from the music scene. I had met John several years before and I had met Richard Edson a year or so before we made the film. I thought they would be interesting in the film. John became an important part of my early films. He was in my first film, too, Permanent Vacation. And he was very important in Stranger… because the initial short version of the film, the first third, was a story he and I cooked up together.

Music plays an important role in many of your films. At what part of the writing process does music become an influence? Have you ever changed direction in a story after hearing a particular song or artist?
Ripley Johnson, Wooden Shjips
Music enters very early in the writing process. I’m listening to a lot of music and I use it as guide for the atmosphere of what I’m imagining. I don’t watch films usually at all when I’m writing. I try to avoid them unless it’s something extremely far from what I’m doing. So it’s the music that guides me and gives me the inspiration. Usually, I stay pretty close to that music. There are times when I’ve found songs during the editing, or existing music, but I really haven’t changed course in terms of the score or the background. Obviously, I don’t know exactly what it’s going to be, but I have a musician in mind even while I’m writing the script.

Speaking glacially; how do you morally react to the retraction of great glaciers in Greenland, Iceland, Alaska, Montana etcetera? Do these phenomena and the overall global warming theory affect you when producing your films or music?
Stephen O’Malley, Sunn 0)))
Wow. I don’t know if they do consciously, but they are of course a concern. When I get depressed about the state of the Earth and human activity, I usually try to remember that all life on Earth in universe time is a fraction of a second. So the fact that we are here at all with a consciousness is such a strange and rare gift in the universe that I try to cling to that. While I must say that these phenomena affect us all, I’m not sure I’m particularly conscious of it while producing a film or music. When you’re making a movie, you have so little time and you are working so hard that the rest of the world drops away. You have to shut off your mind to a lot of things to get your work done. I wonder how Stephen would answer that. Maybe the glacial movement retraction, the speed itself, is an influence itself on the speed of Stephen’s music.