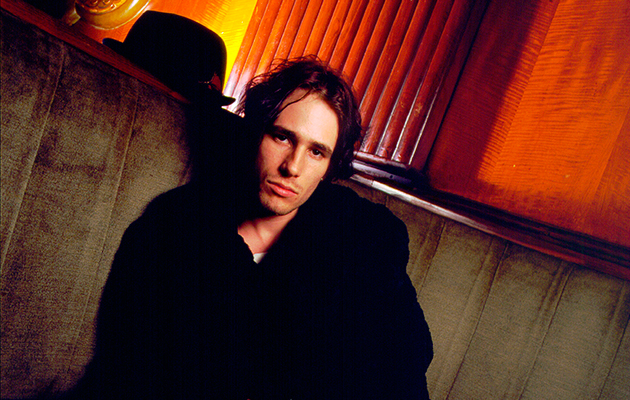 February 1993. JEFF BUCKLEY, a hyperactive music junkie just finding his feet in the New York clubs, enters Shelter Island Studios and records 40 songs in three days. As the session’s highlights are finally released, Uncut hears the inside story of how a genius singer-songwriter learned his craft via an eclectic songbook. “The goal,” says his A&R man, “was to allow him the time and space to find out which Jeff Buckley he was going to be…”

“It was a musical exercise in self-discovery,” says Berkowitz, who signed Buckley to Columbia in the autumn of 1992. “There was no plan. It was very loose, like a conversation in someone’s living room. Jeff would move around. Start, stop, start again. I remember he played a Curtis Mayfield song, and then I said, ‘Know any Sly?’ He sighed and said, ‘I don’t really know any Sly,’ but even as he’s saying it he’s forming chords and, I swear to God, what comes out is the ‘Everyday People’ that’s on this record. It was breathtaking.”

Almost a quarter of a century after the private “conversation” that took place at New York’s Shelter Island Sound studios in February 1993, some choice extracts are being made public. The third LP of archive recordings to emerge since his death in May ’97, You And I captures Buckley when he was 26, living in a “crappy walk-up apartment” in the Lower East Side with girlfriend Rebecca Moore, consuming music by day and performing in the city’s cafés, clubs and bars by night. “The creativity was just pouring out of him at that point,” says his manager, Dave Lory.

Buckley had made an appreciable early impact at the “Greetings From Tim Buckley” tribute to his late father, held at St Ann’s Church in Brooklyn in April 1991. Following a brief stint in Gary Lucas’ psych-rock band Gods And Monsters, in the spring of 1992 he began playing solo spots around New York, most auspiciously at Sin-é , a tiny Irish bar in the East Village. Come late summer, limousines were lining St Mark’s Place, ferrying suitors from every major record company. Steve Berkowitz was one of them, although he preferred to walk. “I was sucked in by his voice and guitar playing,” he says. “The way he was singing and playing these songs, which were mostly covers, seemed fully orchestrated. Yet it was casually done; it seemed spontaneous and unrehearsed.”

This constant promise of vaulting transformation is preserved on You And I. Hopping between electric and acoustic guitar, piano and organ, Buckley attempted around 40 songs over three days. The 10 tracks eventually selected for the album are by turns playful, illuminating, alchemical and deeply moving. There is raw slide-blues, smooth nu-soul and heart-stopping balladry. Alongside an embryonic version of “Grace”, later the title track of his 1994 debut album, are radically reconstructed versions of songs by artists as diverse as Sly Stone, Bob Dylan and The Smiths.

Throughout, the mood was relaxed. “There was a lot of good coffee going down,” says Berkowitz. “This is not a euphemism for drug-taking! We’re playing music and drinking coffee, and then we’re drinking a couple of beers, as well.” Towards the end of Led Zeppelin’s “Night Flight”, Buckley stops the song in its tracks, frustrated or distracted by something. The one new piece on show, “Dream Of You And I”, is little more than an extemporised sketch, prefaced by Buckley’s sweet, spoken-word explanation of the dream that inspired it. “It was a concert for two,” engineer Steve Addabbo recalls fondly. “Those sessions were spellbinding. That has nothing to do with his death or anything that happened subsequently. I felt the same way at the time.”

As the sole witnesses, Berkowitz and Addabbo were given a ringside seat at the birth of a legend. Now, joined by four more of Buckley’s intimates, they piece together the story of Jeff Buckley’s first steps towards greatness.