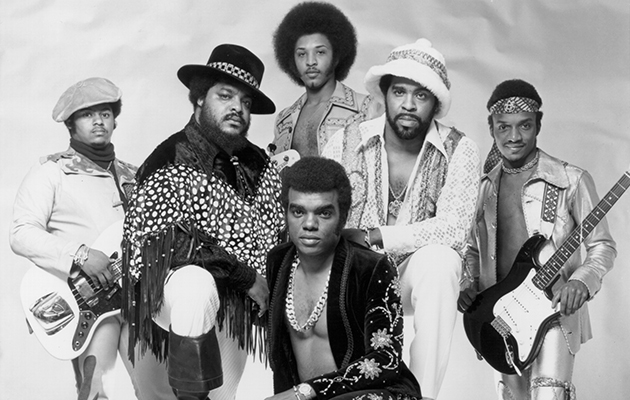 CECIL: Ron Isley was very understated, he would just appear when it was time to do a lead vocal and go in and blow everybody out. He would just blow my mind, he was so good.

ISLEY: From a practical sense, Ronnie was the guy that sang on virtually everything by The Isley Brothers. On “Twist And Shout”, “This Old Heart Of Mine”, “It’s Your Thing”, “Love The One You’re With” and “Harvest For The World”.

CECIL: Roger Mayer and I had been friends since we were 13. I had him build what I called the ‘ducking limiter’, which was actually two stereo limiters. You would feed information – such as the vocal – into one, and then you would take the control voltage that it generated and feed it into another limiter. You’d then put the rest of the mix through it to duck it down whenever the vocals were there. It was one of our secrets actually – I used the ducking limiters on everything. It was a way to ensure that the vocals always cut through, no matter what was there underneath it.

MARGOULEFF: What Malcolm and I brought to The Isley Brothers was a sense of intimacy in terms of putting the musicians in the same room as the listener. We wanted it to sound very close – the instruments were all very tightly recorded, not a lot of reverbs or effects. That worked very well for Stevie, and it worked extremely well for the Isleys. If you listen to the drum track on all the Isleys stuff you’ll hear that the hi-hats come up on the left. The reason for that is that the mix is from the point of view of the drummer.

JASPER: After we recorded “Harvest…”, I remember saying, “This is a great message here – it would be nice if there was a set-up.” So “Harvest For The World (Prelude)” was done on the spot in the studio. I just took some motifs from “Let Me Down Easy” and “Harvest For The World” and did it within half an hour.

CECIL: Wasn’t that a whole tour de force! That was quite something.

JASPER: I knew for sure that “Harvest…” spoke to a lot of what was going on. Usually when you do that with a song, it does last a while. I didn’t know how long – because you never know – but I did know it had a universal appeal to it and it touched a lot of issues. So we felt really good about it when we finished. It’s one of my favourites.

ISLEY: I was reading something just this morning about somebody inventing a new range of missiles. There’s intelligence from one end of the world to the other, East and West, and it’s amazing that folks will come up with a formula to literally blow something up halfway around the world, but there’s apparently no cure for cancer or diabetes or any of the other things that have plagued humanity for quite some time. This song will always be relevant, as long as the goal isn’t accomplished.