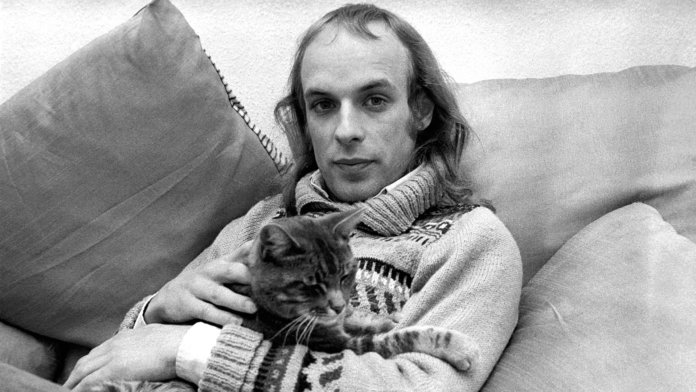 Fathoming the reissue history of Brian Eno‘s catalogue has proved frustratingly elusive. Information, it transpires, is thin on the ground; particularly for the early solo albums. Writing about the recent vinyl reissues of the first four records – Here Come The Warm Jets to Before And After Science – involved a lot of truffling round the more distant reaches of the Internet. My search eventually concluded at, of all places, Abbey Road‘s Studio 3. There, one evening a few month’s ago, I had the good fortune to interview Miles Showell.

Miles had recently supervised the reissues of Eno’s first four solo albums. Miles’ speciality is half-speed mastering, and one of the key sells of this batch of Eno reissues hinges on how this process enhanced each album’s depth of field. Critically, these are also the first new vinyl cuts of these four LPs since the mid-1980s – with each album now spread over two discs.

Below, you can watch my interview with Miles as we talk about not only the half-speed remastering process – health warning: this involves a lathe – but also celebrate the remarkable music Eno made between 1974 and 1977.

Incidentally, you can read my review of the Eno reissues here.

And without further ado – to Studio 3, then.

Here Come The Warm Jets, Taking Tiger Mountain (By Strategy), Another Green World and Before And After Science are available now from UMC/Virgin EMI