In praise of Paolo Sorrentino’s Youth

Fine work from the Italian director 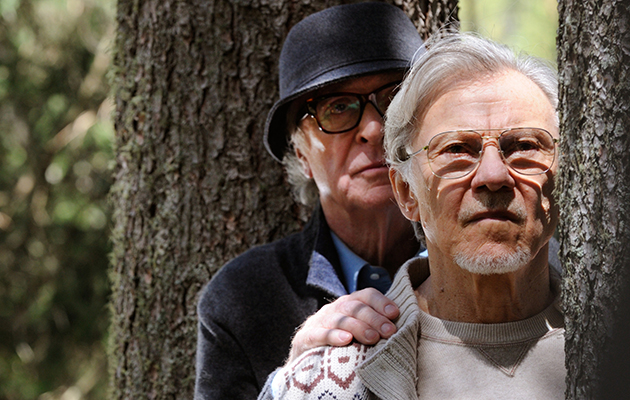 In This Must Be The Place, one of director Paolo Sorrentino’s previous films, a semi-retired rock star called Cheyenne lives out his life in a state of near somnambulism. Even speaking appears something of an effort, as sentences like “Why is Lady Gaga….?” would simply evaporate into the air. Cheyenne spends his days watching Jamie Oliver programmes on television or debating whether or not to sell his shares in Tesco. Boredom is a condition familiar to many in his position. “Why isn’t there any water in your swimming pool?” Cheyenne is asked. “I don’t know,” he replies. “No one ever filled it.”

In Youth, Sorrentino’s new film, Michael Caine’s retired orchestra conductor finds himself experiencing a similar ennui. As he is told by his daughter, “You’re a victim of your own apathy.” What, then, could raise Caine’s Fred Ballinger from his torpor? Perhaps an invitation from Queen Elizabeth II to perform at Prince Philip’s forthcoming birthday would do the trick? That, of course, would mean having to leave the swish Alpine sanitorium Ballinger is staying in, whose guests also include a famous American filmmaker (Harvey Keitel), who happens to be his closest friend, as well as a hip young actor (Paul Dano), Mark Kozelek (playing himself) and a levitating Buddhist monk.

Youth is a quietly batty film, in which Ballinger’s son-in-law runs off with Paloma Faith (also playing herself), and where surreal, dream-like sequences rub shoulders with archly deadpan dialogue. “I’m having a thorough-cleansing of my intestines today,” Ballinger tells Boyle. After the pace of his last film, The Great Beauty (The Great Gatsby reimagined as a kind of disco fantasia), Sorrentino withdraws to a more reflective place for Youth.

Befitting Ballinger’s apathy, not much actually happens in Sorrentino’s film. The film is beautiful to look at – the landscape is incredible, while Sorrentino indulges some predictably brilliant flourishes, ranging from artfully choreographed set-pieces to swooping camera moves. Beneath its luxurious surface, bubble themes of regret. The tone is wistful, as Ballinger and Boyle consider lost loves, lost time and encroaching old age. Boyle is working on a script – his “moral testament” – while Ballinger reflects on his wife’s sad decline into Altzheimer’s. “Being young makes everything close,” he says. “Being old makes everything far away.”

Caine is terrific – inscrutable and distant, but evidently there are depths behind his oversized horn-rimmed glasses. The sense of dry, wintry pathos is superb. It’s great to see him doing such good work, and you wish he’d do more of it. A late arriving cameo from Jane Fonda, as a fading Hollywood star, suddenly breaks the mood of languid introspection, but is in keeping with Sorrentino’s penchant for grotesque characters – and is, critically, very funny.