If you liked True Detective, why not try Galveston?

The blood has barely dried on the first series of HBO's True Detective talk has already turned to Season Two. At the time of writing, it's hard to think of an A-list actor or actress who, at some point over the last few months, hasn't had their name bandied around in connection with future series of the show. 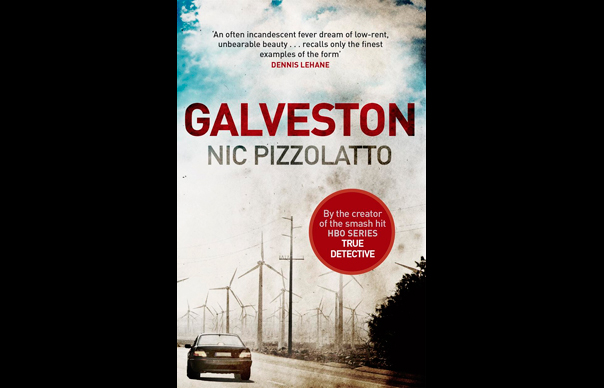 The blood has barely dried on the first series of HBO’s True Detective talk has already turned to Season Two. At the time of writing, it’s hard to think of an A-list actor or actress who, at some point over the last few months, hasn’t had their name bandied around in connection with future series of the show.

Brad Pitt? Christian Bale? Colin Farrell? Jessica Chastain? And on it goes. Apart from encouraging endless chat on the Internet, these kind of wish-fulfillment conversations inevitably threaten to rekindle the tired “TV is now better than the movies” argument. But perhaps more importantly, it illustrates the impact the show had in a remarkably short period of time: just eight weeks.

While we wait for some kind of solid casting confirmation, some of you might like to explore Galveston: the debut novel from True Detective creator Nic Pizzolatto. True Detective had layered, novelistic depth, but Galveston’s early chapters suggest it might be the opposite. Violent and abrupt, they read like self-conscious pulp parodies. It takes until the trio reach Galveston for the pace to settle and Pizzolatto’s narrative to aim for something substantial. The lost souls we meet at the Emerald Shores are well-drawn: scarred and helpless, you feel something for them even though you know that, as with all noir, their futures have nothing good in store for them. As with True Detective, Galveston also takes place in two different time periods: 1987 and 2008, where Roy waits for a final reckoning but finds instead a flake of hope.

In Jim Thompson’s novel The Getaway, the ultimate destination of Doc and Carol McCoy is El Rey, a legendary Mexican hideaway that exists outside the law. Every character we meet in Nic Pizzolatto’s debut novel is likely also looking for a similar refuge where past misdemeanours might be overlooked. These are thrown together at Emerald Shores, a motel in Galveston, Texas, where mob enforcer Roy Cady washes up in 1987, on the run from his employer who has tried to have him killed. Roy – recently been diagnosed with lung cancer – arrives with Rocky Arceneaux, a teenage prostitute whose life he saved in a shoot out, and her three year-old sister, Tiffany. Galveston is a dismal place. “You’re here because it’s somewhere,” narrates Roy. “Dogs pant in the streets. Beer won’t stay cold. The last new song you liked come out a long, long time ago, and the radio never plays it anymore.” Nevertheless, it is here that Roy believes he might be able to resurrect what good remains within him by providing security for Rocky and Tiffany.

Meanwhile, what next from Pizzolatto remains to be seen. For True Detective Season Two, he has spoken in interview about exploring the secret occult history of the Unites States transportation system: perhaps, finally, the oblique references in Season One to Robert W Chambers’ supernatural creations The King In Yellow and Carcosa will finally be explored.

Galveston is published by Sphere; True Detective Season One is available on DVD and Blu-ray from HBO Home Entertainment