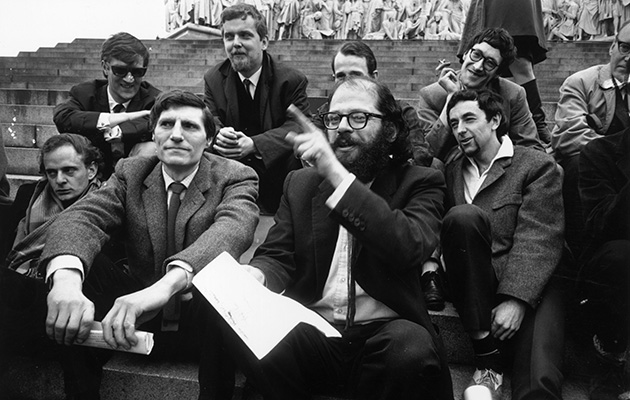 This Saturday [May 30, 2015], celebrations take place to mark the 50th anniversary of the International Poetry Incarnation, which saw over seven thousand people flock to London’s Royal Albert Hall to witness the birth of the 60’s counterculture. Among those taking part in the original event were poets Allen Ginsberg, Alexander Trocchi, Harry Fainlight, Lawrence Ferlinghetti, Michael Horovitz and photographer John “Hoppy” Hopkins. 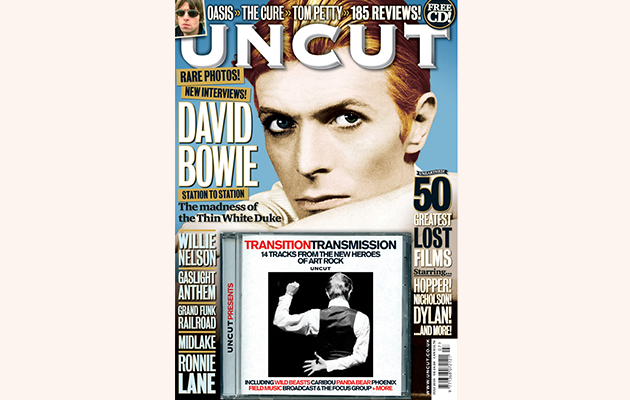 June 11, 1965. The British Underground Is Born…
Forthy-five years ago this month, Allen Ginsberg and an anarchic gang of poets staged a happening at London’s Royal Albert Hall. There were breakdowns, bad trips, “incredible barbaric colour”, giant orgasmic sneezes – and the first public sighting of the new counterculture which would soon revolutionise rock’n’roll. “That night,” says one survivor, “we realised society was changing…”

Allen Ginsberg is drunk. Big, bald and bearded, like a Jewish bear stuffed in a suit, the beat poet stands tall in the Royal Albert Hall, London’s sacred haven of the high arts, and proclaims to 7,000 fellow thinkers: “I want God to fuck me up the ass.”

In the crowd was Heathcote Williams, the future poet, playwright and artist. Williams recounts what happened next: “A man with a bowler hat, beside himself with anger, shouted out: ‘We want poetry. This is not poetry’, and Ginsberg retorted, looking up towards the gods: ‘I want you to fuck me up the ass.’”

The occasion was the International Poetry Incarnation, which took place 45 years ago on June 11, 1965. Joe Strummer once said: “Where you can mark the beginning of the British underground scene of the 1960s, it started on that night.” In a hall filled with flowers, hash smoke and poetry, the baton was passed from the beatniks to the hippies, and the counterculture that spawned Sgt Pepper, Pink Floyd, the Roundhouse and International Times found its voice.

Ginsberg was the catalyst. He was at the vanguard of the beats, a freeform, anti-establishment literary movement influenced by jazz and amphetamines that emerged in the 1950s and included writers such as Jack Kerouac and William Burroughs. Ginsberg published his groundbreaking Howl in 1956, but in June 1965 became famous across the world after getting deported from Czechoslovakia. “Allen had been elected King of the May by Czech students and promptly arrested for being a perverted American beatnik,” says Dan Richter, an actor who left America in 1963 after reading Aldous Huxley and discovering mescaline. By 1965, Richter, now a poet, was in London awaiting the suddenly ‘notorious’ king of the beats.

Also in London was British poet Michael Horovitz, who had corresponded with Ginsberg since 1959. “Ginsberg said he would be coming over, let’s meet and hatch plots,” recalls Horovitz. “We met in Better Books on Charing Cross Road, which was managed by Barry Miles and was the bohemian literary centre of London. Allen gave a reading. We realised there were a lot of European and American poets in town, so we thought we should have a big event.”

One of the few members of the public at the Better Books event was director Peter Whitehead, then a cameraman for Italian TV. “I lived in Soho so thought I’d go along. At the end we were all sitting round smoking pot and they said they were planning a big reading. I thought it was the craziest thing I’d ever heard, because they only had 27 people turn up at Better Books. I said I would love to film it, but didn’t expect to hear anything again.”

Days later, a dozen poets, fixers and faces including Richter, Horovitz and Miles met at the Notting Hill flat of writer Alex Trocchi, a charismatic Scotsman with an eventful past. In Paris, Trocchi had published pornographic books, including ‘obscene’ classics such as Lolita and Naked Lunch. In New York, he lived on a barge, met Norman Mailer and became addicted to heroin.

“Alex had a dark side,” says Richter. “He was a sweet man but he really just thought everybody should get high. Allen was full of beans and said: ‘Everybody is talking about me, I’m going to be on the BBC tomorrow, let’s do something.’ The readings we did were small, but we thought if Allen was on TV we could get a lot of people to come.”