The director returns with a predictably superb comedy of manners 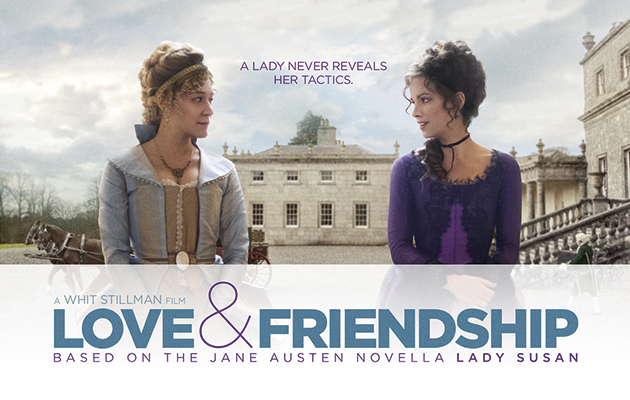 In a splendid piece of counter-intuitive programming, Whit Stillman’s first film for 14 years – Damsels In Distress – was released in UK cinemas on the same day as Marvel’s superhero team-up, Avengers Assemble.

An predictably elegant and distinctive comedy, Stillman’s film mixed references to the works of obscure British novelists with lengthy discussions on “the decline of decadence” and the unusual sexual proclivities of a 12th century religious order. As a reminder of Stillman’s core strengths after so long an absence, it was perfect. Notionally set during the present day, it felt a lot like Stillman’s previous dispatches from the drawing rooms of Manhattan’s Upper East Side; artful chamber pieces that in turn evoked earlier eras.

For Love & Friendship, Stillman has adapted a Jane Austen novella, Lady Susan. Austen’s comedy of manners is an easy fit for Stillman, and he is reunited here with Kate Beckinsale and Chloë Sevigny, the stars of his 1998 almost-hit, The Last Days Of Disco. Beckinsale plays Lady Susan Vernon – “a genius of an evil kind”, a widow out to secure her position in society via favourable marriages for herself and her daughter. Confronted at one point with some unflattering truths, she poo-poos them, “Facts are such horrid things.”

Stillman directs with the zing of a Howard Hawks comedy while his screenplay fluidly reshapes Austen’s formal prose (in this case, Lady Susan was an epistolary novella) into sharp, accessible dialogue. Around Susan orbit a series of largely clueless, if often well-meaning male characters. They are described by on screen captions as, variously, “a divinely attractive man” or “a bit of a rattle”. There is Tom Bennett as a considerably wealthy but hopelessly dim suitor; The Thick Of It’s Justin Edwards as Susan’s soft-hearted brother-in-law; Stephen Fry as Sevigny’s gouty husband; James Fleet as the concerned father of one of Susan’s intended victims. Thankfully, Bill Nighy is nowhere in sight.