To Los Angeles, then, and last night's Academy Awards. Surprises? Not many, truth be told. 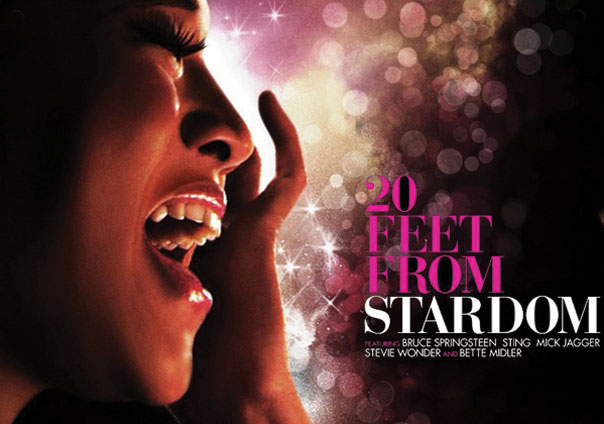 To Los Angeles, then, and last night’s Academy Awards. Surprises? Not many, truth be told.

12 Years A Slave, Matthew McConaughey, Alfonso Cuaron and Cate Blanchett all performed as expected. In fact – apart from the Coens’ Inside Llewyn Davis which failed to score any major nominations at this year’s Academy Awards – the only film that seemed especially hard done by was The Act of Killing, Joshua Oppenheimer’s astonishing documentary that recreated the atrocities of 1960s Indonesian death squads, which was beaten to the Best Documentary by music doc 20 Feet From Stardom.

20 Feet From Stardom has yet to gather much steam here in the UK outside the music press, although that will no doubt change since last night’s win ahead of its UK opening on March 28. Much as Standing In The Shadows Of Motown foregrounded the unsung backroom musicians behind a peerless run of 60s and 70s soul hits, so 20 Feet From Stardom attempts to replicate that feelgood charm with the stories of a number of backing singers for whom credit, this doting documentary argues, is long overdue.

It’s a fair-dos proposition, helped along by contributions from Bruce Springsteen, Mick Jagger and Sting, who claim that without the likes of Darlene Love, Merry Clayton and Luther Vandross a number of key records would be significantly diminished.

But Morgan Neville’s film is Oprah-ready and frequently lapses into X Factor verbiage, with talk about “the journey” and some unsatisfying humblebrag. The most robust story here belongs to Darlene Love, the lead vocalist on a number of Phil Spector singles that he released under the name of The Crystals, a group she wasn’t part of; in the film, she is cleaning houses in Beverly Hills to make ends meet. Elsewhere, Merry Clayton tells us how she recorded her vocals for “Gimme Shelter” pregnant and in her pyjamas.

In one of the film’s best yarns, Springsteen tells us about visiting David Bowie during the Young Americans sessions and being impressed by Luther Vandross’ impeccable vocal arrangements. But beyond that, it’s hard to muster much interest in the stories of Sting and current Stones’ backing singer Lisa Fischer or Judith Hill, who provided back up for Michael Jackson (and sang at his funeral).

It would be churlish not to offer Neville congratulations for his success last night, and ahead of its win 20 Feet From Stardom has already struck a chord with audiences – since it opened last June in the States, it’s taken $4.9 million at the US/Canadian box office while Mick Jagger is in talks to adapt it for a Broadway musical and TV series. But compared to last year’s winner in the Best Documentary category, Searching For Sugar Man – a film admittedly with flaws of its own – 20 Feet Of Stardom has no real heft to it. One potentially fascinating but largely unexplored strand concerns the way many of these women, raised in the church, negotiated the rapid music and social change in the 1960s and Seventies; one of them, 83 year-old Mable John, a former Stax-Tamla artist and chief Raelette, has gone full circle and is currently a pastor in Los Angeles. More of her story, perhaps, or some more prodding round that area, would, arguably, have given the film greater and more satisfying depth. Instead, we are left with an ensemble melisma face-off between Clayton, Love, Fischer and co at the film’s end that does the viewer no favours.