Some stats: it has been 27 years since the last Dexys album, and nine since they released two new songs ("Manhood" and "My Life in England") on a compilation album that coincided with their reunion tour. 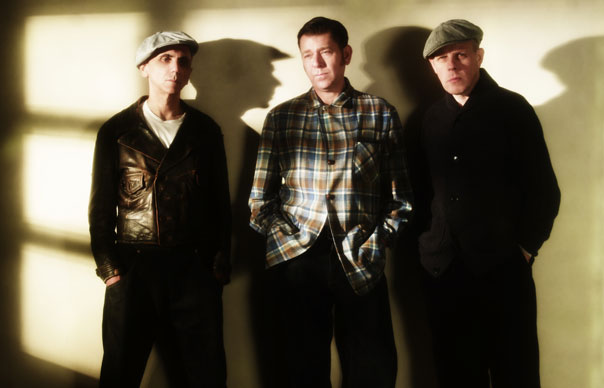 Some stats: it has been 27 years since the last Dexys album, and nine since they released two new songs (“Manhood” and “My Life in England”) on a compilation album that coincided with their reunion tour.

“Manhood”, though, was the best part of a decade old even then, having been performed by a fleeting configuration of Dexys that involved leather chaps, Big Jimmy Paterson, some demos and a sensational appearance on Saturday Zoo (I’ve found the audio here; sadly I can’t locate the actual footage of Kevin Rowland dropping to his knees in soul supplication before Paterson). In the interim, of course, there was Rowland’s solo covers set, “My Beauty”. But the truth is that Rowland hasn’t released a full complement of original songs since his first solo album, “The Wanderer”, in 1988 (a record that deserves at least as much reciprocal love as that which is now routinely awarded to “My Beauty”, I’d say).

All of which is a long way of justifying the anticipation which surrounds, for at least some of us, the new Dexys album, “One Day I’m Going To Soar”, due in June. In case you’ve missed the stories, the ‘Midnight Runners’ tag has been dropped, and the core of the band remains from the 2003 tour: Rowland, sometime old members Pete Williams and Mick Talbot (also ex-Style Council, of course), and Neil Hubbard, who played guitar in Roxy Music for a while. An unusual – unprecedented, perhaps – stability in Dexys affairs seems to underpin the protracted gestation of these songs.

When you start hearing the new Dexys material, though, a different kind of consistency emerges: the realisation that, at 58, Kevin Rowland’s musical vision, his preoccupations, his restless and questing imperative, remain as striking as ever. For those who stayed around after “Come On Eileen”, who had at least a hunch that “Don’t Stand Me Down” was the best Dexys album (that maybe it might be one of their favourite albums full stop, in fact), who treasured the last Dexys single, “Because Of You”, even while they were recoiling from the fact that it soundtracked Brush Strokes, who got the point of “My Beauty” while the multitudes sneered… well, it looks like we’re going to love “One Day I’m Going To Soar”.

Evidence in the public domain is, thus far, restricted to this tantalising two-minute clip of how the album begins. The song is called “Now”, and seems to begin more or less where “Don’t Stand Me Down” ended, with a lilting piano ballad about Rowland’s Irish ancestry (addressed to his mother, possibly), before it kicks off into a classically rousing Dexys celtic soul track which tackles Rowland’s previous erratic behaviour, his questing spirit and his “urge for flight” with a fresh dynamism and optimism. Hopefully it’ll roll on for another good few minutes in the style of “This Is What She’s Like”, though we’ll have to wait and see.

I have, though, been sent a couple more tracks, both tremendous. One is called “Nowhere Is Home”, which juxtaposes those reassuring fiddles against a twanging country soul guitar line – played by Hubbard, presumably – that sounds like something from a Muscle Shoals session. Rowland, meanwhile, begins by trying out a new voice, chewing consonants in a curious and engaging manner (someone here mentioned latterday Dylan) before, at about the two minute mark, his voice suddenly soars into one of those righteous, ultra-melodic declamations of old. “I don’t know where I belong,” he sings, as moving as ever, and once again resisting over-simplified analysis.

Rowland’s position remains complicated, as he talks about his Irish roots but asserts his independence from them, a rootlessness which can sometimes be isolating, and sometimes liberating. Mostly, here, he sounds empowered, but he can’t resist scratching itches that date back to the very first Dexys single, “Burn It Down” (“Dance Stance”) – to whit, “Take your Irish stereotype, and shove it up your arse.” If you’ve read all the way down to here, I think you’re going to like it.

“Lost”, meanwhile, might be even better, again beginning with a reflective mellowness, childhood reminiscences and dreams, chamber strings, even a harp – “I dreamed about beauty” – before the whole track ramps up and Rowland starts analysing how he’s felt so lost inside, with a simultaneous anguish and swagger that ranks alongside his very best performances. There’s a spoken word interlude – from Pete Williams, possibly, though it could be Rowland himself – urging him on to face up to reality.

And again, the richness of the sound is not much removed from “Don’t Stand Me Down”; the dinky synth backing of “Manhood” have been ditched for a much more organic feel. In three minutes, there’s the essence of what made – and makes, it seems – Dexys one of the very finest British bands: a gorgeous grasp of melody; an innate understanding of the possibilities of soul music when applied to different lives and contexts; astonishing performance; and a perisistent conflict between confidence and doubt, among multiple other dichotomies, that ensure Rowland’s music remains intensely personal, volatile and hearteningly, passionately human.

Shaping up to be an auspicious comeback: give “Now” a listen and let me know what you think?