A couple or so weeks ago, Jack White requested that no photos to be taken at his London show: the audience should put down their phones and concentrate on the gig in a different way, was his implied suggestion. 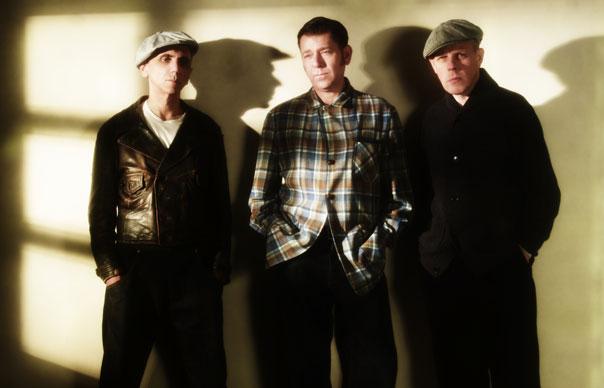 A couple or so weeks ago, Jack White requested that no photos to be taken at his London show: the audience should put down their phones and concentrate on the gig in a different way, was his implied suggestion.

On Monday, the Dexys Twitter account (@dexysofficial) sent out this message: “Please feel free to use your phones to take images of the show and remember, look good. We will.” During last night’s concert at Shepherd’s Bush Empire, however, not many people are following the advice – few phones are being brandished. One good reason might be that most of the audience are of an age where it doesn’t occur to them to get phones out during a gig.

More romantically, though, it could be that some shows are so memorable that their highs stick easily in the mind, that sometimes there’s no use for photographs. The first Dexys London show for nine years is like that: a remarkable spectacle where, for two hours, Kevin Rowland and his nine accomplices weave 11 new songs and a meticulously-chosen clutch of old ones into a sequence that is as rich, moving and powerful as anything I’ve seen in a long while.

A few images come easily to mind: Rowland kicking the arch of the stage to propel himself off on another one of his manically choreographed marches up and down the stage; Big Jimmy Paterson, the most totemic of Dexys musicians, stepping up for his trombone solo on “Tell Me When My Light Turns Green”; Mick Talbot ordering the musicians into the exuberant new coda of “Come On Eileen”, while Rowland and Pete Williams fly across the stage like pinballs.

Williams’ role in the band is curious, as it happens: a benign foil to Rowland, his vocals – and presence – are mostly absent for the songs from “One Day I’m Going To Soar”. On “She Got A Wiggle”, he is required to lean on Rowland, nodding attentively at his declarations of lust, without even a microphone. The job he assumed in 2003, as second lead singer, recurs during the set of old tunes which follow, with him sharing the work on brilliantly rewritten versions of “Liars A To E” and “Old”. The pair of them shifting that “Too Rye Ay” song from second to first person, and defiantly hollering “I’m Getting Old”, is one of the many strikingly poignant moments in the show (the rewriting is capricious, mind: strange how the mocking of the CND remains, anachronistically, in “This Is What She’s Like”).

There are dialogues to be played out, too, that have been worked on, on and off, since “Don’t Stand Me Down” was released. A necessarily epic version of “Until I Believe In My Soul” is interrupted by the “Officer And A Gentleman” routine, in which Williams, dressed as a policeman, questions Rowland about his “burning”, and other hard-to-articulate problems. The words, and the Samuel Beckett-meets-Eric Sykes tone, are mostly unchanged 28 years down the line.

Hard-to-articulate problems are, of course, one of Rowland’s standbys, never more so than in the arc of songs that make up “One Day I’m Going To Soar”. It is part of the Dexys commitment to challenging their audience that the unreleased album is played out in its entirety before the old songs start. But the feel, the melodic punch, the emotional melodrama is so congruent with Rowland’s old work that one suspects it all feels instantly familiar – and not just to the serried ranks of distinguished music journalists that make up an unusually large part of the crowd.

I blogged about a clutch of “One Day…” songs a few weeks ago, and those – the “Don’t Stand Me Down”-style opener “Now”, the Memphis lilt of “Nowhere Is Home” and especially, the early showstopper “Lost” – still stand out. If parts of the generally excellent album are undermined by slightly stiff arrangements and bland production touches, the live versions are predictably a whole lot sparkier and more intricate.

Talbot, Paterson and the violinist Lucy Morgan (another survivor from the 2003 lineup) are allowed to add an occasional looseness to these obsessively rehearsed pieces, and there are new assets to the live band: the sainted drummer Dave Ruffy, who plays rather like a British Max Weinberg; and the guitarist Tim Cansfield, whose discreet rhythm lines often call to mind those of Teenie Hodges, especially on a simmering new version of “I Couldn’t Help It If I Tried”.

The least satisfying part of “One Day…” remains an issue in the live show, though: the involvement on a couple of songs of Madeleine Hyland, a theatrical belter with something of Paloma Faith about her. It is a little awkward to see someone evidently trained in musical theatre, or at least trained in a very different way to Rowland and Williams – acting out the songs in what feels like a more conventional, less appealing register.

She does, though, prove critical to the story of “One Day…”, to the lusty highs and agonising solipsisms that Rowland indulges in so brilliantly. For all the fire and flow of his tremendous band, and the ceding of vocal responsibilities to his deputies, it is still his night. A reiteration of what everyone here has long believed – that Rowland is one of the most complicated and compelling frontmen, and one of the greatest soul singers, that Britain has ever produced.

From the folksy Irish ballad beginning of “Now” (shades of “Knowledge Of Beauty”), through to the wordless euphorics of “This Is What She’s Like”, Rowland’s voice remains astonishing. At first, he’s a little tentative, even nervous perhaps, but as he warms up, the energy and weird, untrammelled passion that have been with him for so long come roaring back to the fore. There are grandstand moments in “Lost”, “Thinking Of You”, the climax to “Incapable Of Love”, “Until I Believe In My Soul”, in the beautiful “It’s OK, John Joe” (in tone, if not in subject matter, a song that could plausibly be titled “Reminisce Part Three”). The whole thing, really, is incredible.

At 16 or 17, the Dexys “Coming To Town” show in Nottingham was my first ever gig, Dexys were one of my very favourite bands, and I wasn’t convinced I’d ever see many better shows. In 2012, bizarrely, I feel much the same. I’ll try and make more sense of this later in the day, but in the meantime please add your thoughts if you’ve seen any of the shows – and of course please check out our Dexys cover story in the latest Uncut. Thanks.