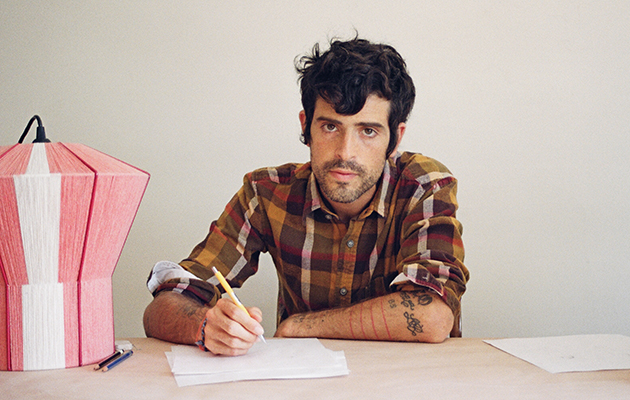 I was 18 when this came out and at the San Francisco Art Institute, and it was really influential, on constant rotation. I can’t quite explain why, but the cover was playful and cerebral, the titles were clever and funny, and the lyrics were just mercurial enough that I couldn’t quite penetrate them, so that was seductive. At the beginning of my career I liked to cloak, and to use symbolism and metaphor.

I discovered Sun Ra through Andy Cabic [of Vetiver], who is something of an older brother to me and has an oceanic record collection. I remember sitting in Andy’s apartment when he put this on and being completely blown away by the album art and by the songs, each one of which felt like a lesson. The music is cerebral and metaphysical at the same time, and led me to discover Ra as a philosopher.

This is a perfect album; I think it’s a total masterpiece and turn to it very often. When you’re faced with an album like this, all you have are blanket statements, but “The Orchids” is one of the most beautiful pop songs I’ve ever heard, although it’s not representative. The title is perfect, too – it actually sounds like the title. It has a… I don’t know if I’d call it darkness, more an esotericism.

I listen to a Harold Budd mix every day and I love all of his albums so much, but this is a good place to start. It influenced what I did on my last record. I have a song called “Für Hildegard Von Bingen” and he’s done a similar thing with real people, only much more elegantly. There’s a song called “The Art Of Mirrors (After Derek Jarman)” and I got into Jarman through Budd.