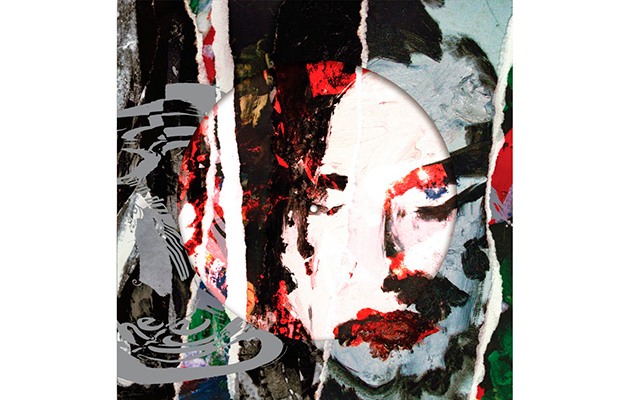 To Robert Smith, The Cure’s 40th anniversary presents a number of opportunities. Does he, for instance, choose to mark this momentous occasion with band’s first album of new material for a decade? Or does he prefer instead to dig deep into The Cure’s capacious catalogue for a new compilation album? This being Smith, of course, the answer lies somewhere left of centre.

For this latest project, Smith has decided to revisit Mixed Up – the band’s beloved remix album from 1990. For good measure, he has also worked in some brand new mixes of his own, a personal apercu of The Cure, if you like.

The 16 new mixes are the key sell here, especially to hungry fans who’ve been dutifully awaiting new Cure music since 2008’s 4:13 Dream. Although not entirely ‘new’, nevertheless this latest iteration of Mixed Up is part of a tightly-focussed spate of activity for Smith and his cohorts, along with this year’s Meltdown festival and a full band show at Hyde Park. If it’s not exactly a new album, at least it’s a new something – which, under the circumstances, will do.

Over the last decade or so, Smith has taken on an increasingly curatorial role. The Cure’s mammoth, three-hour live sets have now become extended celebrations of a singular legacy. What Mixed Up 2018 underscores is the depth and breadth of that creative vision. It’s not all cannibal spiders at the end of the bed. There are heartfelt songs about love and sadness, too, amid the dread tales from the world’s end.

These tracks run chronologically and feature one song from each of the band’s studio albums to date along with a couple of non-album singles. From the band’s 1979 debut, “Three Imaginary Boys” takes us back to the band’s ramshackle baby steps. Here, Smith replaces the original’s ominous guitar curlicues with a low-key electronic burbling – a bit Speak & Spell-era Depeche Mode, truth be told. Considering Smith’s subdued playing was a critical asset in defining the early sound of The Cure, it’s quite a radical take – and one he repeats in the first handful of songs here.

For Seventeen Seconds’ “M”, he speeds up the backing track, turning the original’s spectral, tenebrous guitar lines into chunky Chuck Berry riffs, carried along on bouncy electronic beats. The hissing, snake-like guitars of Faith’s “The Drowning Man” are removed entirely, replaced by polite synth washes and piano lines. Although “A Strange Day” retains the hot-house juju of Pornography, it’s too cluttered – Smith’s fervid guitar lines butt against a barrage of processed beats. Alas, the very qualities that made the songs so otherworldly and special in the first place – space, atmosphere, texture – gets mislaid along the way.

Far more successful are “A Night Like This” and “Plainsong”, which both operate in an old school style. From the former, Smith replaces Boris Williams’ drums with a beat strongly reminiscent of Salt ‘n’ Pepa’s “Push It”. For the latter, meanwhile, he strips back the grand and glacial synth lines to reveal the song’s softer, intimate core. Listening to these two in particular, you might (correctly) recall the best moments of Mixed Up – parsing a Soul II Soul drum beat onto “Close To Me”, perhaps, or morphing the wistful “Pictures Of You” into a slow-motion dub epic. In a similar vein, the 2018 mix of “Never Enough” retains some of the original’s baggy DNA. Wish’s “From The Edge Of The Deep Green Sea” also cleaves closely to its 1992 version. In its new form, “The Last Day Of Summer”, from 2000’s Bloodflowers, is dreamy and delicate, cushioned by soft pillows of rippling noise – a welcome reminder that as intense and metallic as their records increasingly have become since the Nineties, Smith and his cohorts are still capable of moments of great beauty.

Mixed Up 2018 scatters in a lot of directions: something the band always did well on albums like 1987’s Kiss Me Kiss Me Kiss Me. In comparison, although franchised out to several remixers, Mixed Up operates at a more cohesive level. Released in 1990 – a week apart from Happy Mondays’ Pills Thrills & Bellyaches – sits somewhere somewhere between the extended 12” mix culture of the 1980s and the indie-dance explosion of the early Nineties: François Kevorkian (“Hot! Hot! Hot!”) rubs shoulders with William Orbit (“Inbetween Days”) and Paul Oakenfold (“Close To Me”). Still standing tall is “A Forest”, mixed by Bomb The Bass affiliate Mark Saunders, that manages to both remain respectful to the source material while also having something interesting to say about it.

A further set gathers up extended mixes from the original singles, along with a previously unreleased mix of “The Lovecats” – commissioned in 1990 for Mixed Up but nixed at the time because Smith thought it made them sound like “fucking UB40”. It’s not quite that bad, but instead think of it as a cautionary reminder of the need for self-regulation. Arguably, only now equalled by Nick Cave and the Bad Seeds – similarly, one man’s unshakeable vision supported by a sympathetic cast of revolving players – Smith and The Cure continue to follow their own distinctive muse. At its best, Mixed Up 2018 is reminder of the fun to be had during those long, strange trips into the interior of one man’s fertile imagination.