If you've ever suspected that Brian Eno's enduring reputation as an avant-garde genius is more mythical than actual, his discography from the past few years makes for a satisfying read. 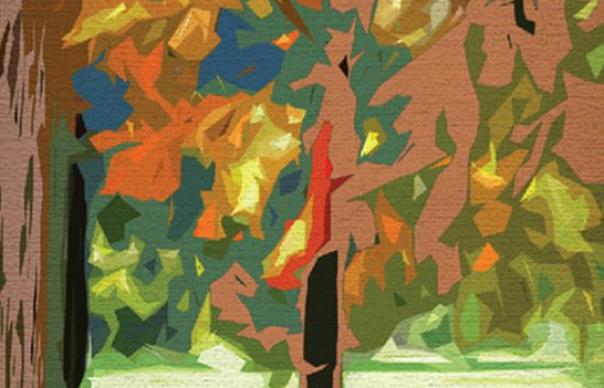 If you’ve ever suspected that Brian Eno‘s enduring reputation as an avant-garde genius is more mythical than actual, his discography from the past few years makes for a satisfying read.

There are contributions to albums by Andrea Corr, Natalie Imbruglia, Belinda Carlisle and Dido, alongside the higher-profile shifts with Coldplay and U2. Eno must be a lovely and useful man to have around, one concludes. He brings experimental strategies to invigorate the studio graft, but he always ensures that a shiny commercial product comes out at the other end.

Which, at a guess, he will never play. In his last major Uncut interview, Eno talked about listening to West African music and gospel rather than his own work, and it’s easy to conclude that the creative process interests him much more than the finished music. His technology projects back that up, being mostly based around generative music software, designed to produce infinite melodic variations rather than the same old tune every time. Some of us, though, would still prefer to listen to “Music For Airports”, not to mess about with an iPhone app.

If a new deal with Warp Records in 2010 signalled a return to the old orthodoxies of album-making, the releases thus far have been disappointing, with Eno avoiding the burden of sole responsibility. Credits have been shared with two accomplished if uninspired multi-instrumentalists, Leo Abrahams and Jon Hopkins (“Small Craft On A Milk Sea”, 2010), and with a poet, Rick Holland (“Drums Between The Bells”, 2011). “Lux”, however, suggests that Eno might work best these days when he stays away from collaborators, and steers clear of proper musicians in particular. A couple of months ago, Icebreaker‘s rescoring of “Apollo: Atmospheres & Soundtracks” provided a timely reminder of Eno’s ambient skills, his uncanny knack of applying a stately gravity to notionally weightless sounds.

Lux operates brilliantly in that tradition. Unlike the often fidgety laptop jams of “Small Craft On A Milk Sea”, pleasingly little happens over the course of its seventy-five minutes. Traditional ambient buzzwords like “lunar” and “sepulchral” are drawn inexorably to these suspended notes and minutely fluctuating soundscapes. Reference points are similarly tasteful, with the four movements recalling Morton Feldman, Arvo Pärt and Gavin Bryars, and with piano lines that feel like tentative improvisations on Satie.

While “lux” is actually Latin for light, the implication of luxury presents a further open goal to detractors of such conceptually rarefied music – not least because it was originally designed for an opulent salon, as a generative sound installation at the Palace Of Venaria in Turin. Only the rich, perhaps, have the luxury of enough time and space to really enjoy the leisurely, contemplative possibilities of ambient music. That said, “Lux” works on a pragmatic and egalitarian level as more or less the ideal ambient record. Its tone at times recalls his iPhone app, Bloom, but in the concise press release, Eno places Lux as part of his ‘Thinking Music’ sequence that also includes “Discreet Music” (1975) and the undervalued, mildly sinister “Neroli” from 1993. “I wanted to make a kind of music that existed on the cusp between melody and texture,” Eno explained in “Neroli”’s sleevenotes, “and whose musical logic was elusive enough to reward attention, but not so strict as to demand it.”

The same statement of intent could be applied to “Lux”. If you’re looking for environmental set-dressing, for a faint signifier of sophistication, for a sound that lingers like perfume in an elegant space, then Lux is extremely useful. But as a deeper listening experience, it is also unusually compelling and immersive, particularly through headphones, where the slow evolutions seem less textural and more melodically substantial than one first assumes.

It’s the sort of album that a lot of people probably imagine Eno makes all the time, but in reality rarely does. Perhaps “Lux” is the best kind of Eno album, too. “Music for thinking” does not come overburdened with clever ideas of its own: it just is.