Blondie on the making of “Heart Of Glass” 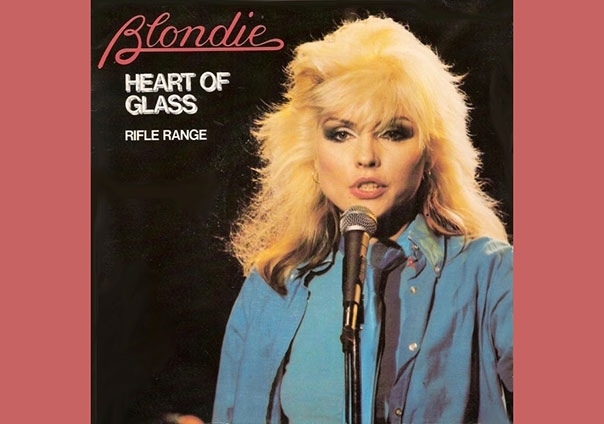 “He was completely whacked,” laughs Chris Stein, talking about Phil Spector, a prospective producer on “Heart Of Glass”. “At one point in a meeting, he said, ‘Oh, you wanna listen to this.’ And he brought us into a music room and played what he was working on, Leonard Cohen, at such distorted volume it just sounded like ‘WHA-A-A-AH!’ The record company guy nudged me and said: ‘Play your cards right, and you could sound like that, too…’”

Realising, perhaps, that a “completely whacked” Spector might not be the best man to lead Blondie’s assault on the American charts, the band and their record label, Chrysalis, considered George Martin and ABBA’s Benny Andersson and Björn Ulvaeus before settling on Mike Chapman. Chapman, an Australian who’d worked on a string of hits for Suzi Quatro, The Sweet and Mud, was under no illusion of what was expected of him: “Chrysalis said: ‘Break ’em,’” he remembers today.

At this point in their career, Blondie had reached the UK Top 10 three times, but conspicuously failed to make their mark in their home country. “Heart Of Glass” – the first track recorded for their third album, Parallel Lines – proved a major turning point for them. Based on a three-year old demo, it was painstakingly transformed with synth grooves inspired by Kraftwerk and Giorgio Moroder and given a Saturday Night Fever beat. It reached No 1 on both sides of the Atlantic and Blondie become the biggest band to come out of the New York punk scene… with a disco record.

“The Ramones made comments about us selling out,” says Stein. “But everybody at CBGB’s was pleased and amused that we had a hit. And jealous that they didn’t.”

Debbie Harry (vocals): We were sort of a cult folk band in the States. Since we had been accepted and had chart activity around the world, we were really anxious to have that at home.

Mike Chapman (producer): That record was an experiment from top to bottom. It was important to get it in a shape that would find its way easily to commercial radio. This was not a band that responded well to being told what to do. They had a New York attitude they wanted to keep. It was always going to be a crap-shoot whether we could pull it off. I told Debbie and Chris they were hit songwriters. We had to go a little further, make them an enormous commercial success. They were excited by that. [Producer] Richard Gottehrer made two great albums with them. But he wasn’t focused on that top spot. Blondie were six entirely different personalities, like putting all the wrong ingredients into the test tube, so something would explode and go wrong. They didn’t give a shit about anything other than being Blondie. They were all keen to succeed. But they were chaotic. They didn’t like to play a song too many times. And my recording philosophy in those days was very regimented.

Harry: We were very unruly. We were all just wild children. Mike was very painstaking. He had a digital brain in an analogue age. So when we got into the studio and he was so precise, it was hard.

Chris Stein (guitar): It was like working with a trainer in the gym. You do a hundred repetitions, then one more that sends you over the top. Working with Mike was terrific. I’m annoyed by some of his statements – he alludes to the fact that he was sober when the rest of us were so fucked up. He was as whacked out as the rest of us. Yeah, it’s odd, his take on the whole thing. He keeps insisting the original version of “Heart Of Glass” was a reggae song. You’d think he’d have the brains to know it wasn’t. The demo was a disco, “Rock The Boat, Baby” thing. It evolved as we did it. I don’t think anyone, least of all Chapman, had the least idea what the fucking thing was going to sound like when it was finished.

Clem Burke (drums): We recorded a demo, “Once I Had A Love” in late ’74, early ’75. We had that song laying around, and Mike was looking for material. Debbie had the lyric and the melody.

Chapman: I said to her, “This is a wonderful song, but if we cut it as a reggae song, we’re going to be fighting the odds in America. What’s out there at the moment that’s influencing you?” She said, “Donna Summer”. I really liked Giorgio Moroder’s repetitive synthesised groove, too. That was the last thing Clem wanted to do. He said, “I’m not playing disco.”

Burke: My inspiration for the drum-track was Saturday Night Fever. That movie is part of Blondie. We had a lot of empathy with its storyline: people coming over from Brooklyn into Manhattan and making a success. We’re all from the outer boroughs. That could have been our story, if it had ended up at CBGB’s. Disco was the back-drop to punk rock. When you went out, they weren’t playing Iggy And The Stooges. They were playing disco records. We started rehearsals in our loft in the Bowery, a block from CBGB’s. It was a funky, great environment to work.

Chapman: The rehearsal space was dirty and grungy. Yeah, it was pretty crummy. But if I took Debbie and Chris to LA, their dark stuff would disappear in the sunshine. We were there a week, maybe two, every single day for hours, hammering away. When we’d finished rehearsals, not much was together. “Heart Of Glass” was. But when we got to the studio and tried to play it as a group, it sounded awful. I said, “Maybe we’ve got to piece this together, and treat it as an experimental piece.” We’d got a drum-machine. At the end, we let it roll forever. We had the Farfisa organ, and set up some echo-delays, so we had half a dozen different things echoing in time with the drum. Then Frank [Infante, guitars] played the hook, and it started to make sense. It was a fairly skeletal track that Debbie sang to. But once she started singing, she realised that to hit those notes she couldn’t belt them, she had to go into a falsetto she hadn’t done much before.

Harry: I don’t know that it was a style, or that it came from anywhere. Chris came up with the riff, and I just sang along. For better or worse, it was almost unconscious. Just walking around going, “da-da-daah…”

Chapman: Then we added Chris’ weird, ghostly guitar sounds. And we listened, and realised that we had created a very unusual record. It was us trying to do disco, and not really pulling it off. It really and truly was an experiment. It was unlike anything that any of us had done before. I knew this was the hit that I was trying to make.

Burke: The key, radio-friendly songs were usually at the beginning of a record. “Heart Of Glass” is buried on the second side of the album. We didn’t record it to be our big breakthrough. We had no idea. We were trying to sound like Kraftwerk.

Chapman: I ran into Chris Wright, one of the owners of Chrysalis, at the Beverly Hills Hotel, weeks after I’d delivered Parallel Lines. He said, “I don’t hear a ‘Denis’ on there.” My legs went weak. They just didn’t get Parallel Lines. The first US single, “I’m Gonna Love You Too”, did nothing. What made “Heart Of Glass” go through the roof was Debbie’s appearance on Midnight Special in a chiffony dress…

Harry: When “Heart Of Glass” made it in the States, it was really, really great for us. Okay, you know. I can die now. We were in Milan when we heard. It was a very significant moment for us, and Mike Chapman came all the way over from LA. He called and said, “Come down, I’m here in the bar.” He cracked open the champagne and said: “OK – you’re No 1!”

Chapman: I don’t know who said I went to Italy. I was in LA. Terry Ellis called them and told them it’d gone to No 1. It was a moment of triumph for all of us.

Burke: It was like a movie sequence. “Boys – we’re at the top!” And when we got back to the States, we realised we had become mainstream. We’d go to other parts of the country, and people didn’t expect a bunch of beatniks dressed in black and smoking joints to walk in. They expected a pop band. That was a major paradox in Blondie. At the time, you had to be Television, or The Monkees. There was no in-between. Now, all the lines are blurred. And we were a part of that.

Chapman: That moment of triumph was very brief. They started to be bombarded by business problems. There were always drugs around. But it became more serious when they had a few bucks. And Debbie and Chris hated the record company. “Heart Of Glass” and Parallel Lines was the last time we would record without the presence of accountants.

Stein: Well, we got fucked over. A lot of bad advice, a lot of people making money off us. Blondie has always been bittersweet. But I don’t know if I would’ve changed anything. I just saw the song on another fucking movie trailer. When it comes on, it represents the period – it says Studio 54, disco, and whatever the fuck. That’s nice, to have a certain definition.