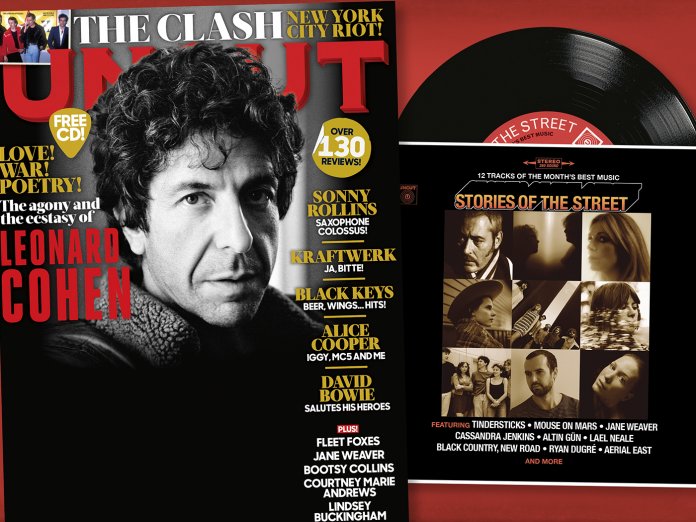 Occasionally, in the years since his death, I’ve found myself idly speculating on what Leonard Cohen would have made of the cynicism and chaos around us: Trump, Brexit, Covid… I’ve found his benedictions strangely comforting, their wisdom and humanity otherwise lacking elsewhere during a crisis-strewn and deeply weird 2020.

In this month’s Uncut, we revisit an earlier incarnation of Leonard Cohen, as he faces a series of impossible challenges during the 1970s. It’s no spoiler to reveal that he overcomes them, of course; but it’s the striving that counts. Looking back through my inbox, Stephen Troussé, the writer of our cover story, sent me an email early on in our discussions about the piece, where he says, “It feels thematically very rich – it’s Len’s own personal Season In Hell, going from the Mandrax appearance at the Isle Of Wight Festival to the craziness of the tours depicted in Bird On A Wire, the bleakness of Songs Of Love And Hate to Death Of A Ladies’ Man. Not to mention the mad escapades to Nashville, Israel and Ethiopia…” You’ll find all this and more, then, starting on page 64.

I’m thrilled, too, that this issue also contains a rare interview with Sonny Rollins – the last of the true jazz titans, whose music Dylan once described as “big league sound, covering all bases”. John Lewis’s superb interview reads like history unfolding, as Rollins takes us through his memories of some of the 20th century’s most profound musical and cultural revolutions, including jazz, the civil rights movement and more.

What else? I mentioned this last month, but print subscribers should have received two free CDs with this issue: their regular round-up of the month’s new music and also an exclusive five-track Weather Station CD. You should be familiar with Tamara Lindeman’s work by now, but if not I think this is a fine introduction to a singular talent – and if you’re already a fan, the CD should whet your appetite for her new album, Ignorance, which Richard Williams reviews with typical insight on page 36. I very much hope we’ll be able to bring our subscribers more gifts in future.

You’ll find a trove of other great stuff in the issue, of course. The Clash, Alice Cooper, The Black Keys, Jane Weaver, Bootsy Collins, Arab Strap, Courtney Marie Andrews, David Bowie, Kraftwerk, Fleet Foxes and more. Further ahead, we’ve got a ton of great features lined up for 2021. See you then…