When you’re in the business of writing about/codifying/making up a musical scene, it always helps if you can locate its nexus. Reading the small print on record sleeves, a good few of the American musicians negotiating the space between roots music and avant-garde jamming these past few years - part of what used to be called free folk, for a while - all turn out to have recorded at Black Dirt Studios in upstate New York. 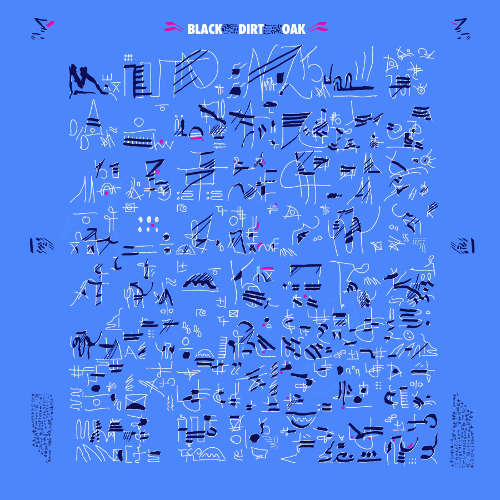 When you’re in the business of writing about/codifying/making up a musical scene, it always helps if you can locate its nexus. Reading the small print on record sleeves, a good few of the American musicians negotiating the space between roots music and avant-garde jamming these past few years – part of what used to be called free folk, for a while – all turn out to have recorded at Black Dirt Studios in upstate New York.

A quick look at the client list at www.blackdirtstudio.com gives you a clue as to the type of music that comes out of this place, run by Jason Meagher (who used to be part of sprawling improve mystics The No-Neck Blues Band): Black Twig Pickers and Pelt, Blues Control, Charalambides, Hans Chew, Steve Gunn & John Truscinski, Rangda, Psychic Ills, D Charles Speer & The Helix and, perhaps most significantly, the ‘scene’’s late godfather, Jack Rose. There are a lot of blurs and overlaps in the discography, something Meagher evidently capitalised on a few years ago when he established the Natch Sessions: collaborative joints at Black Dirt that resulted in a series of free downloads that you can find at www.natchmusic.tumblr.com (the Black Twig Pickers/Steve Gunn set – which I wrote about here – and the one fronted by Michael Chapman are my personal favourites).

Chapman was backed by an ad hoc group called The Woodpiles, featuring Steve Gunn, Marc Orleans, Jimmy SeiTang, and Nathan Bowles (from Pelt, the Black Twigs etc), and all but Orleans have now fetched up in the logical extension of the Black Dirt aesthetic; a supergroup, Black Dirt Oak, that also features Justin Tripp, Margot Bianca, Wednesday Knudsen and, maybe most prominently, Dave Shuford, another NNCK vet who now figures in Rhyton and fronts D Charles Speer & The Helix (their forthcoming album is killer, incidentally; I’ll try and write something about it soon).

Anyhow, the first Black Dirt Oak album is called “Wawayanda Patent” and is probably out more or less now on MIE Music. If we’re going to continue perpetuating this idea of a scene, then “Wawayanda Patent” (I just looked it up: Wawayanda is a town in New York State) would work pretty well as a primer to it – a loose, quicksilver accumulation of tradition and improvisation, where new ideas seem to emerge out of a dense thicket of influences.

Perhaps the easiest reference point is Pelt, particularly on the brackish likes of opener “The Real Crow”. But the patchwork jams touch on other antecedents: so “Peeled Egg Cigarette”, with Margot Bianca (I think) making her distrait, ambulatory way around the outer edges of the tune, recalls Tower Recordings circa “Folk Scene”, or maybe a great lost Faust record on Takoma. “Demon Directive”, meanwhile, is closer in vibe to Sunburned Hand Of The Man’s classic “Jaybird”, with its fractured, crypto-ritualistic Can-funk and seagull-cry free blowing.

There are incantations from Shuford, intriguing murk, touches of dub, and a closer – “Crowning The Bard” – that begins like Pelt extemporising on the theme of a fire alarm, and develops into a fidgety psych free-for-all in the spirit of Finnish bands like Avarus and Kemialliset Ystävät before a Garcia-like spacerock solo (from Gunn?) gently cuts a path through the melee.

There are also, though, more resolved pieces, like “Florian’s Wind Up” (you can hear it on the Soundcloud player above, with “Demon Directive”) which, with its vague North African feel, is a kind of companion piece to “Old Strange” from Gunn’s great 2013 album, “Time Off” – a song, perhaps not coincidentally, which first surfaced as part of the Gunn/Black Twig Pickers Natch session:

“The Drowned Lands” pursues that further, having a delicate touch of Ali & Toumani to its chamber desert blues alongside a start that feels aligned to Shuford’s solo D Charles Speer set of Greek-derived picking, “Arghiledes”, and an end that, bizarrely, resembles a weird, phantasmagorical take on smooth jazz. Best of all, there’s “From The Jaguar Priest”, in which the Sun City Girls/Master Musicians Of Bukkake-style ceremonials are given a distinct Appalachian hue. As the banjos, guitars and analog synths intertwine, there’s a great tangle of playing to unpick. Like, really, “Wawayanda Patent” all told; an album of depth, flight, spontaneity and mischief. See what you think…