This is one film that's stuck with me since I first saw it a month or so back. Principally, it's a spin on low-rent 70s Italian horror movies; a film that both celebrates and mimics the tropes of murky gialli from filmmakers like Dario Argento. 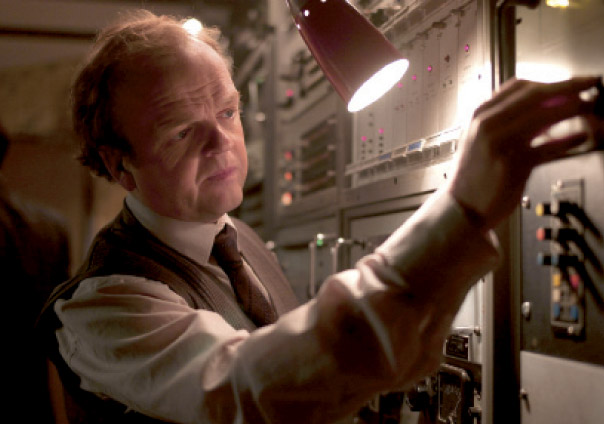 This is one film that’s stuck with me since I first saw it a month or so back. Principally, it’s a spin on low-rent 70s Italian horror movies; a film that both celebrates and mimics the tropes of murky gialli from filmmakers like Dario Argento.

It’s also a fascinating exercise in sound design. The best film, sonically speaking, since David Fincher’s The Girl With The Dragon Tattoo. I’m thinking here, in particular, of Fincher’s tremendous sound editing when Daniel Craig is being stalked round Stellan Skarsgaard’s house.

It’s perhaps no surprise the film, and its British director Peter Strickland, are so pre-occupied with sound. In the early stages of his career, Strickland was a member of the Sonic Catering Band, a trio from Reading who made experimental music derived from the preparing and cooking of a meal. I suspect Strickland’s formative explorations into the sonic potential of celery have paid off handsomely for Berberian Sound System, a film in which watermelons, radishes and cabbages are routinely abused, and the inquiry, “Is there any fresh marrow?”, carries sinister connotations.

The man smashing the legumes is tweedy Gilderoy (Toby Jones), a sound engineer from Dorking hired to create the effects for an Italian horror film. It is 1976, and the film in question – The Equestrian Vortex – is a violent, supernatural giallo, for which we only ever see the opening credits: hysterical, red-tinted images of churches, medieval woodcuts, animal skeletons, women screaming. We watch Gilderoy – and his brooding producer Francesco (Cosimo Fusco) – watching the film, the only clue to its grisly contents gleaned from scene synopses read aloud in English for Gilderoy’s benefit: “Teresa and Monica venture into the poultry tunnel underneath the Academy, unaware of the witches’ putrid corpses.”

Following up his debut Katalin Varga, Strickland plays much of the first half of this film for laughs, as Gilderoy smashes fruit and boils pans full of oil to emulate torture, death and mutilation. Actresses are brought in to scream – and, memorably, one actor provides strange, gutteral utterances for a “dangerously aroused Goblin”. Jones is brilliant as a kind of Donald Pleasence figure, very much out of his comfort zone in all this phantasmagoria, unable to speak Italian and frustrated by the studio’s Kafkaesque bureaucracy, retreating into his room to read letters from his mother regarding the chaffinch nest in his garden shed. But the mood darkens, boosted by a creepy analogue score by Broadcast (due for release, I think, early next year, to coincide with the film’s DVD release). As the violence becomes more specific and horrendous, Strickland floats the idea that Gilderoy is somehow complicit in whatever horrors are unfolding on screen. In a very Lynchian touch, a flashing neon red sign above the studio door reading “SILENZIO” suggests this might be an entry point to Hell itself.

Berberian Sound Studio opens in the UK this Friday [August 31].