Willy Mason – If The Ocean Gets Rough 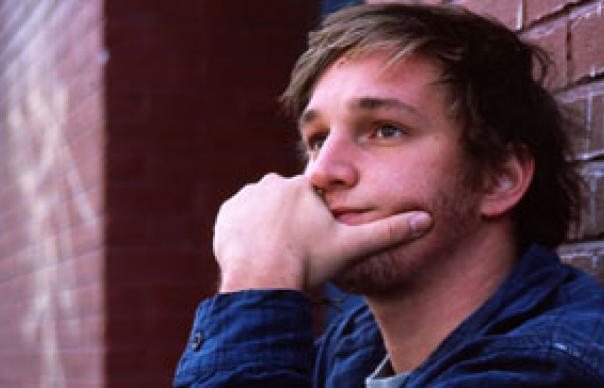 Given his prodigious talent, it’s fitting that the teenage Mason was discovered on local radio by Conor Oberst. Like the Bright Eyes wunderkind – who quickly signed him to his own Team Love label in the US – the Massachusetts songsmith seemed ripe beyond his years. Coming on like a dusty old bluesman with a carpetbag of tricks, it was hard to believe that Mason’s 2004 debut, Where The Humans Eat, was the work of a 19-year-old from an isolated enclave of Martha’s Vineyard. In the UK too, the album did brisk business, spawning an unexpected Top 30 hit in “Oxygen”.

Still only 22, Mason’s follow-up is even more of an achievement. Weathered and intelligent, these songs resonate like folk antiquities from another age. Even more remarkably, they never sound forced. Mason’s may be an existential modern hobo, but he also has a great sense of community. Most of these 11 originals are drawn back home, with smalltown family life a sanctuary from the outside world. The protagonist of slow acoustic shuffle “Riptide” returns to the homestead after the city destroyed his dreams: “I guess these folks are the only ones I believe”. Others are less straightforward. “The World That I Wanted”, for instance, tells of a love-starved son grieving for a dead father without comprehending why.

But wordplay and stories are only part of Mason’s minstrelsy. He has an uncommon ear for a melody, too. “Save Myself”, an infectious strum of wiry folk, would be a huge hit in a just world. And for subtlety, “When The Leaves Have Fallen” is unbeatable. An apocalyptic warning shot similar to “Oxygen”, it builds to a climax of Indian tom-toms, piano and simmering strings. A romantic idealist rather than a fatalist, Mason feels like Americana: The Next Generation.