UPSIDE DOWN – THE CREATION RECORDS STORY

Believe the hype! The simple tale of a legendary label... 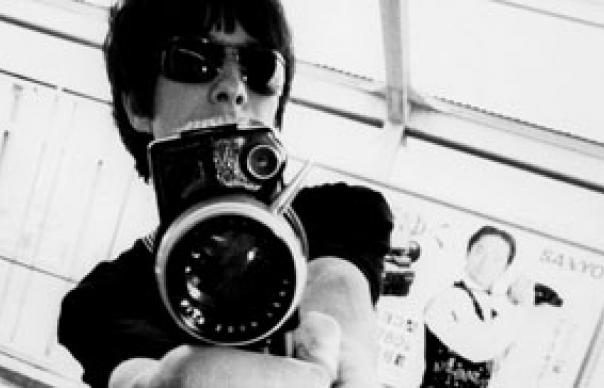 After he was in Ride, shortly before he was in Oasis, Andy Bell was the guitarist in a late Britpop group called Hurricane #1.

As was often the case when Creation records were promoting an artist whose interesting qualities may not otherwise have been immediately apparent, a trip abroad was convened to reveal them. In Paris, the band were interviewed for a piece in NME, during which one of them described their new record as “rock’n’roll genius”. Bell rolled his eyes at this. “Those,” he said, like someone who knew what he was talking about, “are the most overused words at Creation Records.”

As he hardly needed to explain, they were words most often to be heard coming from the mouth of the label’s founder, hype man and high priest, the self-styled President Of Pop, Alan McGee. Factory records had a defining visual aesthetic and the intellect of Tony Wilson. Rough Trade had Geoff Travis and political conviction. The fortunes of Creation, a British indie label active from 1983 to 1999, meanwhile, seemed causally linked to the powers of McGee as an evangelist, preaching his gospel of rock’n’roll, the company’s balloon kept aloft, it sometimes seemed, solely by his hot air.

There have been books about Creation both very good (David Cavanagh’s My Magpie Eyes Are Hungry For The Prize)and not so very good (Paolo Hewitt’s This Ecstasy Romance Cannot Last). Upside Down, however, tells a simpler tale, however much the complexity of what actually happened at Creation might seem to resist it. This could have been, for example, a film built around the friendship of Primal Scream’s Bobby Gillespie and Alan McGee, one which predates Creation records and presumably still thrives, linking the label’s earliest records to its very last. It might profitably have examined the label’s role in what we mean by “indie” music, the meaning of which game Creation participated in and then helped irrevocably change.

Instead, it’s what you might call the Walk The Line version of Creation records – in which we come in near the end, and the arrival on horseback (actually in a first-class train compartment) of Noel Gallagher to save the day. When the end finally came (rather against the myth-making type of the label), Creation didn’t explode in a blaze of glory or devise one insane last job. Nobody died. Instead, Creation, for all the fanciful comparisons with the Roman Empire offered here, simply released a Primal Scream single and then ceded to the parent company to which it had sold a 50 per cent stake in 1992.

The story Upside Down tells, then, isn’t so much about life behind the scenes as it is about believing the hype. That’s not meant derogatorily: Alan McGee doesn’t just do most of the talking in this documentary – as a young promoter-turned-label-owner his talk was one of his most valuable commodities. Any kind of entertainment venture is about belief, and after McGee released The Jesus And Mary Chain’s successful “Upside Down”, he suddenly gained credibility as an indie rock rainmaker. Occasionally (as with his stewardship of Elevation, a major-funded pseudo indie) things went a little awry. More often than not (as when he negotiated a huge deal for the House Of Love’s Fontana LP to come out on a major) it went very well indeed.

Of course, all of this acumen might seem a bit at odds with what we think we know about Creation as an indie label. History, even rock history, is written by the victors and so here you will hear more from members of Oasis, Primal Scream, My Bloody Valentine, Ride and Teenage Fanclub than you will from Meat Whiplash, The Bodines or The Legend! But Creation routinely exercised aesthetic judgements – signing Felt, for example – without any great reward, and it would be nice to have heard more about what they thought they were doing then. Undoubtedly McGee was as passionate about the unsuccessful bands as the successful ones, so it’s a shame that Upside Down sometimes plays like a press kit detailing his capacity to pick winners.

But when Creation’s bands won big, they did win very big indeed. As such, this is a documentary that uses the label’s hit records as a vehicle to tell its story, and it is a fine experience to hear the circumstances of how some of this stuff came to be made. The acid house epiphany of Primal Scream that gave rise to Screamadelica. McGee’s stalking of Ride on their first British tour. The financial hardships wrought on the label by My Bloody Valentine’s Loveless album – wonderfully described by Bobby Gillespie as the last time music did anything new (“since then it’s been backwards.”)

What you won’t find here, however, is very much in the way of self-knowledge. It’s no particular exaggeration to say that if you were on or worked at Creation records in the 1990s, you were working in close proximity to some of the most powerful forces of that period: class A drugs, the music of Oasis, and an unstoppable, if sometimes misguided, self-belief. But even after all these years, and after his collapse and subsequent rehab it doesn’t seem that publicly McGee is remotely close to letting his guard drop from that bullish mindset.

Interviewees here are nearly all warmly disposed to McGee, while offscreen, tales abound of his generosity with his time, advice and encouragement. But save for a few interviewees remarking that they couldn’t understand his accent, and some gentle ribbing (John Robb: “The Jesus And Mary Chain aren’t riot people. But Alan McGee could start a riot in a paper bag,”) there’s not very much here that you might say attempted to deflate his public image. There’s no “I can laugh at myself now”, and certainly no “What was I thinking?”.

In this respect, it’s the last few minutes of Upside Down that are probably the most revealing. After his collapse, McGee largely sat out what many might see as the label’s Britpop glory years, regaining his health, but passing over the control of the label to his business partner, Dick Green. The parties in the office stopped, and the label become staffed by people who could do their jobs properly (much to the disappointment of Bobby Gillespie). In such a place, a sideshow grown into a functioning business, there simply wasn’t a great deal for McGee to do. Among all the grandstanding, it’s a rare moment of calm.

Upside Down, in the main, does a fine job: it makes you want to go and play the records, and salute the environment and personnel that helped them to be made. You wonder, though, about the omissions in the film. What, for example, about any other music being made? Or any other record label? Eventually, you realise it’s intentional. To McGee’s mind, after all, there simply were no others.
John Robinson