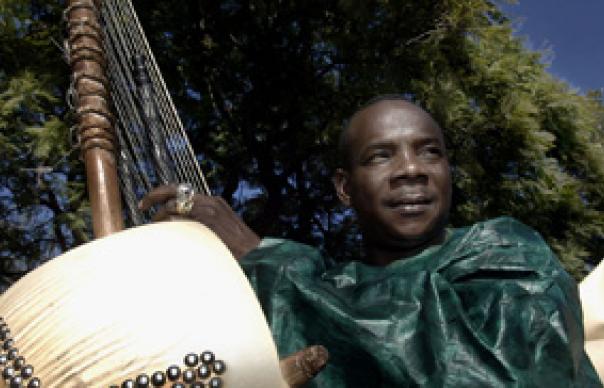 Long before even Damon Albarn fetched up in Bamako, Toumani Diabaté was an astute and dignified ambassador for the griot musical tradition of Mali. He added the voluptuous flutter of his kora to jazz, blues and flamenco records, as well as ones by Albarn and, most recently, Björk.

Superficially, The Mandé Variations seems to be a retreat from such eclecticism, being a solo record where no other instruments distract from Diabaté’s mildly terrifying virtuosity. Casually dipping into the eight long tracks sometimes makes that virtuosity come over like self-indulgence. But concentrated listening pays dividends.

This isn’t a traditional record, by any means, more a display of how Diabaté has seamlessly absorbed a global swarm of influences (a playful quote from The Good, The Bad & The Ugly opens “Cantelowes”). If anything, bizarrely, it reminds me of a late ‘60s John Fahey album: stately, intricate, meditative, rooted in a culture, but never afraid to transcend it.