The Who – Quadrophenia Director’s Cut 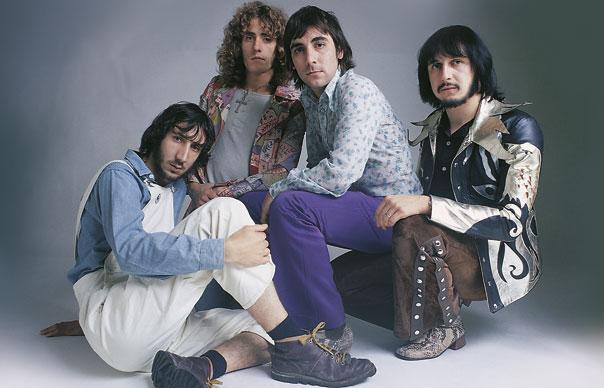 A prog-rock concept album about an R&B-obsessed sub-culture, an opera with only one character, the story of The Who’s first decade, a purging of Pete Townshend’s nervous breakdown, a record most of its creators hated, a production for a technology (‘quadrophonic sound’) that crashed and burned…Quadrophenia is such a contradictory, multi-tasked project it’s a small wonder it ever got off the ground.

Almost 40 years after its inception, however, Pete Townshend’s tale of a moddy boy with a muddled head and an aching soul flies on. Following 2010’s theatrical productions and prior, perhaps, to a cinematic sequel, come two remastered, expanded versions, one a straight reissue with some bonus demos, the other a box set laden with even more demos, a 13,000 word essay from Pete and enough memorabilia to satisfy the most hardcore Who fan.

As ever with such pumped-up re-issues, the original album is still where the value does or doesn’t lie. Most of Quadrophenia has stood the test of the decades better than might be expected for a record that Roger Daltrey complained buried his vocals and which John Entwhistle said “all sounded the same”.

Quadrophenia’s storyline is one reason why. Its libretto is less epic, less ambitious and more coherent than its operatic predecessors, Tommy and the aborted sci-fi Lifehouse. Presenting a coming of age drama set in working class London was way against the grain of early 1970s rock, an era besotted with excess and escapism – the grainy monochrome photographs in Quadrophenia’s cover book are the antithesis of glam rock’s feather boas, mascara and platform boots. A few years later, amid post-punk and a mod revival, Townshend’s paean to Shepherd’s Bush made perfect sense – enough sense to bankroll Franc Roddam’s gritty movie version of Quadrophenia. Songs like “Dirty Jobs” and “Punk and The Godfather”, an oddly prescient rumination on rock stardom, still resonate in today’s times.

Musically, Quadrophenia has worn patchily. It always hit fewer high spots than Tommy or the Lifehouse numbers that made it onto Who’s Next. There is no blockbuster “Pinball Wizard”, no catchy “Tommy Can you hear me?” chant, no ground-breaking “Baba O Riley” or “Won’t Get Fooled Again”. Recorded in a half-built studio with a fragile Townshend producing (Lifehouse and management problems had taken their toll) its sonic qualities were often out of focus for a record intended to be ‘Quad’ i.e. today’s surround-sound.

The remastered version only points up the shortcomings of Keith Moon’s rickety passes around his drum kit and asks again why a yarn of old London is delivered in Daltrey’s mid-Atlantic accent. Much of the music remains dense and fussy, operating on prog rock’s mistaken assumption that complication equals meaning. Eight wearisome minutes of “The Rock” suggest the contrary.

Yet there are triumphs – “The Real Me” and “5.15” are chest-beating arena rock against which the the acoustic “I’m One” plays with country-tinged charm. “Love Reign Over Me” provides a closing moment of mysticism that leaves it uncertain whether cosmic mod Jimmy gets back to Blighty from his watery perch off Beachy Head, or drifts off to the ocean depths. Despite its stodgy musical interludes, in its embrace of heroism and transcendence Quadrophenia emerges as real opera.

Townshend’s idea that the piece would also reflect the four-headed beast of The Who – Roger the scrapper, John the romantic (hah!), Keith the nutter and Pete the ‘beggar and hypocrite’ – looks more than ever like hooey. Jimmy is simply a dramatised Pete. The band were, as usual, spectators on Townshend’s interior drama.

The 25 demos show how fully realised was his concept. Many are more seductive than The Who’s muscular finished items, their reedy vocals the vulnerable opposite of Daltrey’s cocksure delivery (though both ends of the axis are valid). Most intriguing are the songs that didn’t make the vinyl cut; teenage memories like “Get Inside” and ‘Joker James” that recall the earlier, pre-Tommy Who of “A Quick One”, the wistful piano ballad “Any More” and an expanded “Is It Me?” with lyrics like “Your kid may be in the Boy Scouts but he’s kicking queers at night”.

The demos give a glimpse of an alternative Quadrophenia, a snappier affair with Jimmy’s alienation from his family made more explicit and a creature for which it would have surely been worth sacrificing a little bloated orchestral angst – but then that’s box set hindsight.
Neil Spencer