Fourth album signals a slight shift. But is it in the right direction? 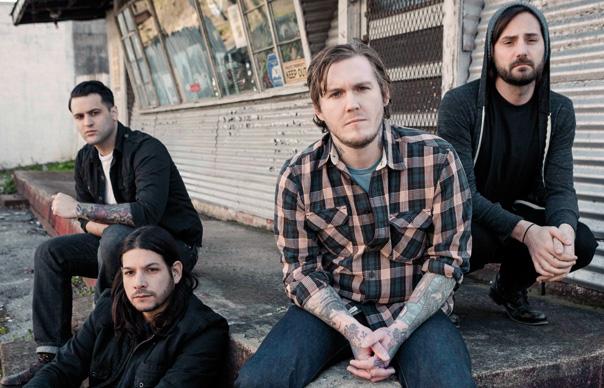 Fourth album signals a slight shift. But is it in the right direction?

When The Gaslight Anthem’s Brian Fallon last spoke to Uncut, as he drove home to New Jersey from Nashville after finishing work on Handwritten, he promised that the new album would sound like “Tom Petty songs played by Pearl Jam or Foo Fighters.” This was both a surprise and a relief. A few months previously, Fallon had been heard muttering that he was “just bored” with what he¹d been doing, and “didn’t want to write any more rock’n’roll songs” ­ an ennui that resulted in the establishment of a side project, Horrible Crowes, to explore a budding interest in balladry. On the deafening evidence of Handwritten, he has exorcised whatever angst was plaguing him.

The Gaslight Anthem‘s major label debut is rambunctious, unreconstructed, garage-rattling rock’n’roll: it sounds, indeed, quite a lot like Tom Petty songs played by Pearl Jam or Foo Fighters. Which is to say, of course, that Handwritten, sounds much like The Gaslight Anthem’s previous recordings. It would be churlish to complain overmuch about this: The Gaslight Anthem bristle with damn-the-torpedos bravado, and at their brilliant best have been and, at the risk of giving away the ending, are ­revelatory.

But four albums in, they have developed, as distinctive artists tend to, a template of tropes that they know work for them and their audience. They relax into this once or twice too often on Handwritten, on such cuts as “Howl” and “Desire”, cranking out spiralling spindly riffs and throat-parching, fist-pumping, neck-straining oh-woah-oh choruses. At these points, the thought that this album by The Gaslight Anthem is a fine thing in and of itself can become somewhat tempered by the recollection that one already has three of these.

The best of Handwritten, however ­which is most of it ­ abides with the unbound exuberance of its predecessors. Fallon also wasn’t kidding when he assured Uncut that enlisting Bruce Springsteen’s recently preferred producer Brendan O’Brien was the solidest possible insurance against untowardly resembling their mentor. Handwritten, flourishes a sharper metallic edge than anything The Gaslight Anthem ­ certainly the E Street Band ­have previously attempted. “Too Much Blood” and “Biloxi Parish” rifle for riffs in Led Zeppelin and Thin Lizzy records, and mark the addition of an intriguing gloomy tone to the Gaslight Anthem¹s familiar palette of breezy barroom rock (the lugubrious “Keepsake” lumbers a bit, though). And when they do reconnect with the unselfconscious vim that has hallmarked their best songs before now ­ “The ‘59 Sound”, “Stay Lucky”, et al ­ they’re terrific. The first two songs, “45” and the title track, are glorious, joyous surges, the exclamations of wide-eyed punks who just got guitars and London Calling for Christmas.

But for all the fine furies collected on Handwritten, the most memorable moments are those on which The Gaslight Anthem shift to lower gears. “Here Comes My Man” is a pretty acoustic pop tune not a million miles from its near-namesake by Pixies (and appears to be sung, boldly, from the perspective of a woman wearied of waiting for an itinerant musician to come home). “Mae” is a rueful, stately beautiful paean to some siren with “Bette Davis eyes” ­Fallon, not for the first time, appreciates the Proustian potence of quoting older songs in his own.

And the closing track, the gently plucked, lightly string-drenched “National Anthem”, at once sounds less like The Gaslight Anthem than anything they¹ve previously done, and like it might be the best thing they’ve ever recorded. Fallon, who has roared through most of what has gone before, drops to a Westerbergish whisper for a downbeat epic of loss and regret. There’s a possible lesson for future reference here, about how one can see more when one slows down a little. There’s nothing at all wrong with The Gaslight Anthem’s Gaslight Anthem songs, but they’ve got nothing left to prove on that front.
ANDREW MUELLER

Q&A
BRIAN FALLON
Handwritten is both heavier and softer than its predecessors. Was that deliberate, or organic?
Live, I’d started to notice that a lot of our older songs have this even pace, and I had this urging for extremes. The heaviness came from the 90s stuff we were listening to, loud-quiet-loud stuff.

Did you bring anything of the Horrible Crowes project back to this? I’m thinking specifically of tracks like “Mae” and “National Anthem”.
With “Mae”, I’d always wanted those songs that builds, just lets you know something big is coming. And “National Anthem”, always a dream to have an acoustic song with a few strings.

Did the thought of being on a major label for the first time prompt any self-consciousness?
We had enough problems of our own that it didn’t affect us. After ’59 Sound came out, everyone was writing that we were going to be next Springsteen, and then American Slang, let’s be honest, wasn’t the next Springsteen. On this record, I felt so much like I had something to prove that it was like doing it all over again. Like I was holding a bat, and just going to smash whatever came at me as hard as I could. If we¹re not what everyone thinks we are, we’ll at least be what we think we are.
INTERVIEW: ANDREW MUELLER