Smith & co’s America-conquering eighth album. Its brilliance is in its confidence... 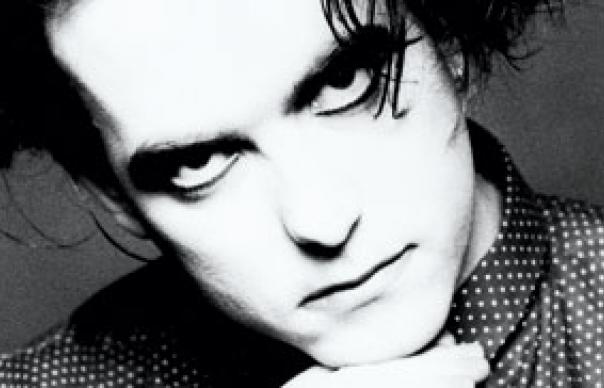 There are so many Cure albums – this is, you may recall, a band who began their career when Racing Cars were a chart act, and who are still going – that you can get them mixed up. Well, I can, anyway.

When I was asked to review this shiny new reissue of Disintegration (complete with bonus “live at Wembley” and “pointless backing tracks” CDs, I must admit I thought it was Pornography. And, to be honest, while I was wrong, I can see my point. Cure LPs exist not in longitudinal but latitudinal succession, meaning they cluster together not on regular chronological lines, where the early pop ones are followed by the mid-period Goth ones, then the late stadium rock ones. Cure albums group in a different dimension, where the pop ones can be 23 years apart and where the heavy, total-Cure monsters can come in different eras. Thus Disintegration, not The Top or whichever, is the real sequel to Pornography. Yeah!

It came out in May, 1989, at one of the points in Robert Smith’s career when he was fed up with whatever The Cure were at the time. This attitude has always saved Smith; saved The Cure of 1979, 1985 and 1992 from becoming a charty pop group, saved The Cure of 1981, 1984 and 2000 from becoming last year’s Goths, and in this case saving The Cure from becoming a jumble of nothing with Robert Smith at the centre. Strongly informed by the impending departure of the last other original Cure member Lol Tolhurst, Disintegration is a record which sees Smith on the ropes, and secretly liking it. Just as he returned from the critical hammering of “Three Imaginary Boys” with the defining single of The Cure’s early career, “A Forest”, so he slipped out of the potential end of his own band with “Lovesong”, which (golden days or what?) was an American No 2 single.

This last fact is odd, but makes sense. I (this review’s all about me, isn’t it?) went to the US with the Sugarcubes around this time, who were supporting PiL and New Order on a stadium tour. In the parking lot, every pick-up truck blasted out New Order, Depeche Mode and The Cure. It was a great time to be alternative college dance whatever rock and Disintegration fit right in. Its brilliance lies not in its aptness for yank goth jock radio, but its sheer confidence. These are not songs from a desperate man. They are some of Smith’s best melodies (“Last Dance”, “Lovesong” and “Pictures Of You”). They have classic Cure lyrics, that great mixture of sullen yearning and mardy lust. And Smith’s singing is probably his best on any Cure record, as direct as he ever gets, without the moany bellow of Pornography or the tweeness of “Love Cats”. Best of all, he returns to one of his great default settings, which we experts call Being A Bit Like New Order.

Smith’s love affair with the band began in the days of Joy Division when everyone from OMD to Positive Noise was ripping off those big drums and those circling basslines. But Smith kept it up, when Joy Division became New Order, whether it was the “Blue Monday”isms of “Let’s Go To Bed” or the “Love Vigilantes” cop of “Inbetween Days”. And here he returns time and again to the rhythms and textures of mid-’80s New Order, as songs like “Thieves Like Us” and “Age Of Consent” inform, stylistically but not literally, the sound of Disintegration. It’s down to Smith’s musical genius, of course, that nothing here is a rip off, just a stylistic backdrop in the way that one of those bands that Uncut likes is steeped in Bob Dylan. It’s just that Robert Smith’s Blonde On Blonde and Highway 61 are Power, Corruption And Lies and Unknown Pleasures.

All this does not detract from the sheer Robert Smithness of this album. Melodic, emotional, clear-headed and powerful, it’s an example of a powerful, personal record connecting with millions of people and becoming a hit.
David Quantick