SUEDE – THE BEST OF SUEDE

The rise and fall of Brettpop, over two discs of singles, b-sides and album tracks... 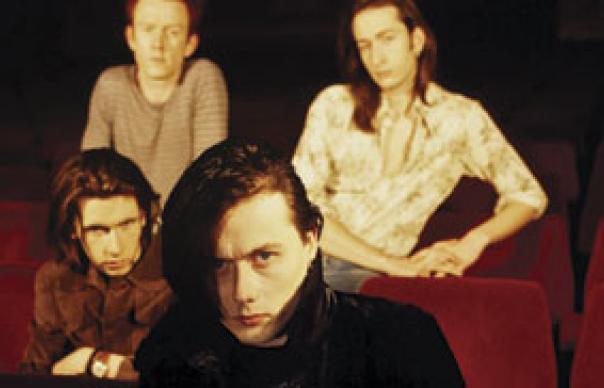 The video for the very last Suede single (2003’s “Attitude”, prudently left off the current collection) features John Hurt reprising something of his turn as the aged Quentin Crisp, “blind with mascara, dumb with lipstick”, flamboyantly miming the song onstage in a darkened theatre, while Brett Anderson looks on from otherwise empty stalls, as if at some ghastly premonition of showbiz future. “I was born as a pantomime horse,” he’d sung on his first album. Was he to live out his days as a pantomime dame? No wonder he broke up the band shortly after.

And yet here they come, the dutiful ones, reformed for a charity gig after years of austere solo albums, shaking their fortysomething bits to yesteryear’s hits and, as I write, apparently considering some more permanent reunion. Could midlife Suede make sense as a going concern?

On the face of it, of all the fops, chancers and louts of ’90s Britpop, they seem the least likely to be able to update or reinvent themselves for chastened 21st-century middle age. Listen again to the early songs on this new compilation of singles, album tracks and b-sides, to “Metal Mickey”, “My Insatiable One”, “Stay Together”, and what’s striking is the sheer chemical rush of the band, the hormonal heat and shrieking hysteria that was written out of the story as Britpop settled into Dad Rock, irony and celebrations of the humdrum.

The title is thankfully the only prosaic thing about this compilation. The songs are shuffled out of historical sequence, supposedly for the sake of the perfect running order – the first disc runs from the amyl pop of “Animal Nitrate” and “Trash” through to the languor of “Saturday Night” as though soundtracking a night on the razzle. But you can’t help but feel this is more to disguise the truth that, creatively, Suede’s was a brief pyrotechnic career: they were the first of the bottle rocket bands, fuelled by an unstable, toxic cocktail of lust, revenge and poison, carried by the tailwind of a perfect media storm, flaring briefly and brilliantly across the first half of the ’90s, and then falling back to earth, a shabby wrap of spent powder. What can’t be disguised is the plain fact that, of the 35 tracks on these two discs, 22 of them are credited to Anderson/Butler, and this compilation is at least one disc too long.

The tracks from 1996’s post-Butler album Coming Up – “Trash”, “Beautiful Ones”, “Lazy” – still raise a smile, but following the gothic monster of Dog Man Star, it’s as though Bowie had decided to follow up Station To Station by returning to his Anthony Newley fixation. Listen to Anderson’s cracked nasal whine and the bubblegum tunes, it’s like the band willed themselves into a cartoon in the tradition of The Monkees and The Archies: The Junkees.

Could the band have prospered if Butler had stayed? It’s not clear if they ever had the resources to flourish. It’s almost too easy to analyse Suede as an amalgam of Bowie and Morrissey. Yet those were two of the most studious, obsessive artists in the history of British culture, drawing upon a vast, perverse knowledge of music, art, literature, film, to invent and replenish themselves. Once Anderson connected the dots between glam and glum, he didn’t really have anywhere else to go, and could only repeat himself, with diminishing returns through the doldrums of Head Music and New Morning.

But as well as the adolescent frenzy, there was a yearning quality in Butler’s playing that stirred Anderson to the band’s highpoint, “The Wild Ones”, a song which suggests a path not taken, a way out of the adolescent rut (the b-side “The Living Dead”, full of intimations of the impending split, is an early epitaph for this strain of Suede). Anderson tried to repeat the trick on Coming Up, but though “Saturday Night” aims for something of the quotidian glory of the eponymous Blue Nile track, fuelled by the guitar of the sturdy Richard Oakes, it falls a little too close to “Lady In Red”.

If Suede have a future, they may have to find a way back to that mood, where wildness is stirred by a song on the radio, a memory to be reckoned with, rather than a quick fix or cheap rush. Anything else and the panto season beckons once more.
Stephen Troussé