Unearthing the rotten core of the Fab Four's infamous label... 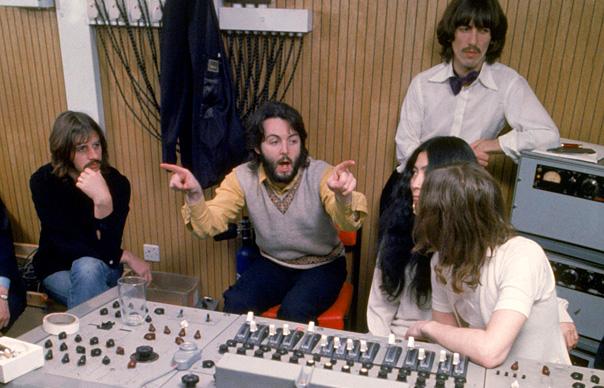 Unearthing the rotten core of the Fab Four’s infamous label…

“Western communism,” Paul McCartney called it. Was there ever a better example of what happens when hippie ideals meet capitalism and it all goes wrong (apart, possibly, from Virgin Trains)? Apple began life as a clothes shop and ended it as a lawsuit – we’re not counting whatever global entity it is that sanctions remix albums, Las Vegas musicals and playalong video games – and along the way it encompassed farce, tragedy and a lot of music. This DVD begins unpromisingly with library music, a clichéd voiceover (“1967 was the year of the summer of love” and all that), and an unsurprising lack of Beatle input but suddenly leaps into excellence.

There are interviews with everyone from Apple recording artist Jackie Lomax (whose “Sour Milk Sea” remains a great lost single) to staffer Tony Bramwell (excellently sniffy about the pissed and stoned Apple press office). David Peel is here, an unexpected counterculture survivor. More poignantly, so are two of Badfinger, the band whose career deserves (and has) its own documentary. Talking heads are relevant and informed, there is decent archive – and even some Beatle and related music. Best of all this is a really long DVD. While it avoids some of the more anecdotal moments – we don’t get tales of Hell’s Angel incursions or visits from Jesus – we do get all the ins and outs of the label, the gen on which Beatle was up for working which act (brilliantly, while George signs the Krishnas and Paul brings Mary Hopkin, it’s Ringo who’s responsible for acquiring classical one-off John Tavener) and why they later couldn’t be arsed.

There’s a wealth of detail here. Badfinger’s Joey Molland still chuckling over the time George got narky when Molland laughed at him messing up a guitar part. Elephant’s Memory still fed up with John Lennon’s second-rate production of their Apple album. Paul’s keenness to make Mary Hopkin into an all round family entertainer when she wanted to be a proper folkie. There’s sharp analysis – Lennon may have called Apple a drain on Beatle money, but it’s suggested that much of the label’s expenditure was on his and Yoko Ono’s side projects. There are slabs of music from Yoko’s amazing Fly LP, Jackie Lomax’s Is This What You Want? Rada Krishna Temple’s Govinda, and a host of excellent product; they may have failed some of their artists chartwise, but Apple’s A and R was often superb (although there is also some early James Taylor, all tank top and Toblerone-thick vocals, getting ready to ruin the 1970s for someone).

Best of all, it’s fairly objective. If you want to watch a litany of idealism-bashing stories about rich pop stars being ripped off, The Rutles did that brilliantly. But if you want to see people who were there – and, for once, not the usual suspects, but people who knew what it was like to not want to go into an increasingly bad environment, people who experienced first hand the mixed blessing of hands-on intervention by a Beatles – then this is the place to go. What you leave this DVD with is an understanding of the sheer Catch 22-ness of it all – the greatest band of all time think your music is great, but signing to their label may end your career. (Badfinger’s Ron Griffiths notes both the threat and the promise in McCartney’s title for the song he gave them, “Come And Get It”). Strange Fruit may be a documentary about a record label, but it’s fitting, sad and beautiful that it ends with the only song about a record label that can make you cry, Badfinger’s gorgeous “Apple Of My Eye”.
EXTRAS: Biographies. Extended interview with Brute Force!
5/10
David Quantick