Jay Farrar's reflective eighth may be his best in years 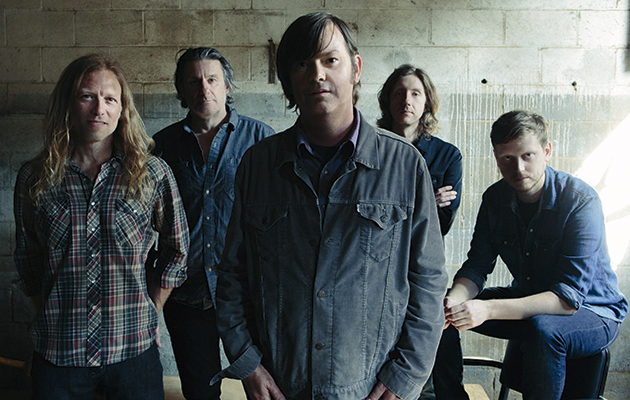 When alt-country pioneers Uncle Tupelo broke up in 1994, Jeff Tweedy persuaded most of the band’s cohorts to join him in Wilco, while Jay Farrar, the band’s other main songwriting force, set out into less charted terrain with an entirely new lineup which he named Son Volt.

1995’s Trace was the first of three albums in four prolific years that initially saw Son Volt outstrip Wilco in both critical acclaim and commercial success. But as Tweedy refocused Wilco in new and increasingly experimental directions that led all the way to the Grammys, Farrar seemed to opt for the back roads less travelled. He put Son Volt on hiatus and released a brace of solo albums, reformed the band with a new lineup, took time out again to record an album under the name Gob Iron and teamed up with Death Cab for Cutie’s Ben Gibbard on the soundtrack to a documentary about Jack Kerouac.

Albums continued to appear sporadically under the Son Volt brand, although until the announcement of Notes Of Blue, there had been just one Son Volt album – 2013’s Honky Tonk – in eight years. Notes Of Blue finds Farrar with another revamped lineup and a broader take on the collage of Americana than perhaps ever before, with its roots-rock sound grounded not only in the old, weird folk heritage of Appalachia but equally in the dark and mysterious ‘guitar stylings’ of the original bluesmen of the Mississippi Delta.

“Promise The World” opens the album in familiar Burritos-styled country-rock territory, all weeping pedal steel as Farrar sings with weather-beaten resignation that “there will be hell to pay”, ameliorated by the promise of “light after darkness, that is the way.”

This quest for redemption infuses the album and is present again on “Back Against The Wall”, a gritty roots-rocker with Farrar’s snarling guitar blasting out of a vintage Magnatone amp, like Neil Young feeding Old Black through his 1950s Fender Deluxe. The song wouldn’t have sounded out of place on Uncle Tupelo’s No Depression and lines such as “what survives the long cold winter will be stronger and can’t be undone” might serve as an anthem of defiance at the prospect of four years of Trump.

The spirit of the Delta rears its head for the first time on “Static”, with a primitively hypnotic riff derived from Mississippi Fred McDowell delivered in the rambunctious style of Aerosmith covering his blues standard “You Gotta Move”. “Cherokee” is another stomping blues-rocker, this time in the North Mississippi hill country style of RL Burnside and sounding like a heavier version of “Buzz And Grind”, which Farrar recorded a decade ago as Gob Iron.

The gentler aesthetic of both “The Storm” and “Cairo And Southern” draws on yet another rich thread of the blues heritage in the delicate finger-picking of Skip James, the ethereal sound of the bluesman’s trademark D-minor tuning also evoking the lilting Bahamian guitar spirituals of Joseph Spence. The melting slide guitar work could have graced a Taj Mahal or early Ry Cooder album, but “The Storm” is given added resonance by Farrar’s yearning, almost falsetto voice on another redemptive tale about heading for the promised land to escape from a life of “women and whisky”.

“Lost Souls” is a pneumatic stop-start blues rocker drenched in ZZ Top-style slide guitars with a muso lyric dedicated, according to Farrar, “to the amazingly talented bands and performers you meet along the way but never hear from again.” It might even be read it as a lament for Uncle Tupelo.

The reverberating “Midnight”, with its shades of Dinosaur Jr, is the album’s darkest song, offering “no redemption…down in hell”. “Sinking Down”, another track driven by the spirit of McDowell, is hardly more cheerful as a mediation on “the troubles of the world that won’t keep away for long” before a melodic Tom Petty-like chorus offers a glimmer of hope as once again Farrar sings of a need to “atone for the women and wine”.

Farrar turned 50 last year and the thematic threads of atonement and redemption seem to reflect the concerns of a man surveying the horizon in both directions from a bivouac of hard-won self-knowledge. Certainly it’s an album he couldn’t have made when Son Volt were starting out – and it may just be the most satisfying record he’s made since the group’s stellar 1995 debut.

Q&A
Jay Farrar
What’s the link that has led you from country to the blues?
I’ve done a few blues-inspired songs in the past. But Hank Williams is really the key. He showed us that the blues as a music form was an integral part of country music early on.

Some say the blues today has become little more than a heritage music used as a soundtrack for beer commercials. What makes the spirit of the blues still relevant for you in 2017?
For years I’ve been drawn to the passion, common struggle and possibility for redemption that’s always been a part of the blues. Everyone has to pay the rent and get along with their significant others, so many of the themes are universal. For me, the blues fills that void that’s there for religion, really. That’s the place I turn to be lifted up and for the chance for redemption. Whether this record achieves that is anyone’s guess.

I read that in writing the album you focused on specific blues guitar tunings, courtesy of Skip James and Mississippi Fred McDowell, and used those as your “points of departure”…
To me there’s always been a mystique attached to the guitar voicings of those two performers, so I was compelled to get inside their tunings and see what was there. Skip James, it’s a D-Minor tuning, so it has built into it kind of an intangible haunting effect. The assertive slide playing of Mississippi Fred McDowell is mesmerising, sll of that was the target. But the arrow actually landed somewhere between Tom Petty and ZZ Top!
INTERVIEW: NIGEL WILLIAMSON