Superior doc about the esteemed musician 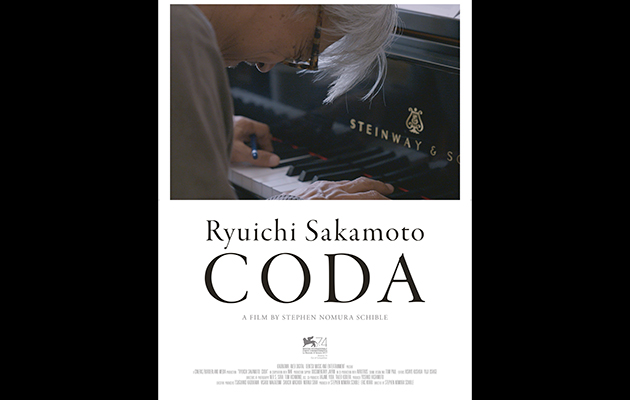 Stephen Nomura Schible’s film opens in Miyagi, Northeastern Japan in 2012, the year after the region was devastated by an earthquake. Ruyichi Sakamoto has come to meet one of the survivors: a piano. “I wanted to hear its sound,” he explains, plucking around in the guts of the instrument. The next we see of the composer, he has donned a white ABC suit to tour the ghostlike, abandoned “Restricted Containment Zone” near the Fukushima nuclear power plant. It transpires that death and disaster are recurring themes in Coda.

In 2014, Sakamoto was diagnosed with throat cancer. As a consequence, he junked the music he was working on and started anew. The high stakes creation of what finlly became async – his restorative album from 2017 – provides the focus for Schible’s film. There are field trips – similar to Fukushima – where Sakamoto searches out sounds to incorporate into his music. Among them, a glacier and a forest. The patience and sensitivity Sakamoto brings to his work is mirrored in Schible’s direction.

In some respects, the film Coda resembles is The Kingdom Of Dreams And Madness – the documentary about Studio Ghibli about Hayao Miyazaki and Isao Takahata. Both films portray well-respected, resolutely anti war Japanese artists aghast at their country’s shift towards the right. Ironically, Takahata once fired Sakamoto claiming his music was “too serious” for Studio Ghibli films.

Schible’s strongest suit is Sakamoto himself. Slender, bespectacled, foppish grey hair, he is unflappable at work in the studio – though prone to almost boyish bursts of excitement when he hits a pleasing chord progression. His hair is even more foppish in flashback, glimpsed in Yellow Magic Orchestra footage or around the time he starred in and composed the music for Merry Christmas, Mr Lawrence. There are warm, funny anecdotes, too, about working with Oshima and Bertolucci. A superior film.