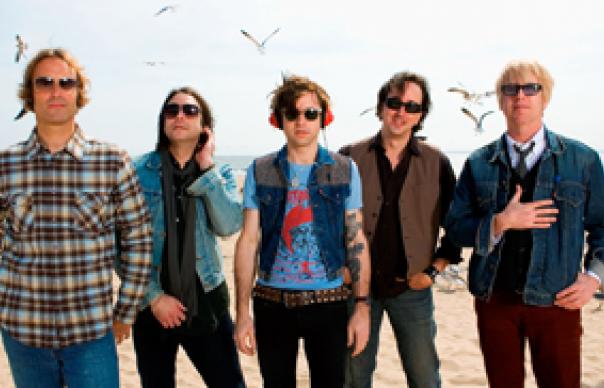 The most driven – and almost always the most interesting – artists are those pursued, constantly and remorselessly, by the nagging feeling that they didn’t get it quite right last time. Ryan Adams is quantifiably more driven than most. “Cardinology” is the tenth full-length album to bear his name. Added to the three he cut as the frontman of Whiskeytown, this amounts to a teetering discography for someone still not yet 35 – even when one doesn’t count the reams of stuff Adams creates under aliases in his spare time, to give away online.

And no reader of this publication will require persuasion of Adams’ epic capacity for dissatisfaction. 2007’s “Easy Tiger” had barely settled into the shelves before Adams was harumphing to Uncut in his Greenwich Village apartment that it wasn’t the album he’d wanted to make, that he’d been half-nelsoned by his record company into making their idea of a Ryan Adams solo album, when what he’d wanted to do was make something “rockier, more bombastic”, and co-credited to his adored backing band, The Cardinals. He wanted, he said, to play less acoustic guitar, to do something that more precisely echoed the music that was singing to him loudest – which, at that point, or so he claimed, wasn’t the wistful alt.country with which he’d made his name, but the prog meanderings of The Grateful Dead and the lager-sweating metal of Black Sabbath.

In one respect, at least, Adams can be lauded for his consistency: according to a statement on his website, “Cardinology” will be his last album for Lost Highway, ending an association dating back to 2001’s Uncut Album of the Year “Gold”. However, upon hearing “Cardinology”, one is forced to wonder quite what vexed Adams to the point of removing his bat and ball from the field of play. The Cardinals – guitarist Neal Casal, bassist Chris Feinstein, pedal steel Jon Graboff, drummer Brad Pemberton – receive due billing on the sleeve. The ghosts of Jerry Garcia and Tony Iommi, meanwhile, are conspicuous only by their absence. There is no way that anybody would mistake “Cardinology” for anything but a Ryan Adams album.

Which is, of course, a good thing: Adams has, the odd erratic detour (notably 2003’s tossed-off “Rock & Roll”) notwithstanding, been prodigious in terms of quantity as well as quality. And Cardinology is, by most standards, a good record. Unfortunately, by the extremely rarefied standards of Adams at his astonishing pinnacles (“Heartbreaker”, “Jacksonville City Nights”, “Cold Roses”), it isn’t a great one. Not one of these dozen songs connects as instantly, or lingers as potently, as a “To Be Young”, a “The End”, a “Let It Ride”. Some of them, indeed, are startlingly generic, especially from a writer whose work usually twitches with wit and invention: the shuddering rocker “Magick”, with its choruses about “What goes around comes around” and “turn the radio up”, sounds like it took as long to write as it does to play. Others feel half-finished, half-thought: “Sink Ships” belabours a klutzy metaphor (“This position is not open now for applicants/The application forms got shredded/There was faulty wording in the documents”: ouch), its gorgeous, pedal-steel drenched chorus a frustrating hint, in context, of what might have been. “Evergreen” and “Let Us Down Easy” are as pretty, sweet and ultimately insubstantial as candyfloss.

Though “Cardinology” as a whole is flawed, there are worthwhile pickings for those who buy music by pointing and clicking. The album probably amounts to Adams’ best performance yet as a vocalist, increasingly confident of what can be wrung from the bottom and top reaches of his formidable register. The acoustic shimmer “Crossed Out Name” evokes the melancholy, rueful sighs of Mark Eitzel. In the coda of the modestly epic “Cobwebs”, Adams locates a tremulous falsetto that recalls Bono circa “Unforgettable Fire” (a compliment, lest there be any doubt). And when the songs are good, they’re stunning. “Fix It” is another in Adams’ catalogue of baffled heartbreakers, a sequel to “Why Do They Leave?” and “How Do You Keep Love Alive?”. “Go Easy”, a breathy rocker with a whooping chorus, would have ranked among the better tracks even on the nigh perfect “Gold”. “Stop”, the aptly titled finale, is a wracked, hungover croon over a piano, haunted by desultory percussion and a late-arriving string section, as bleakly beautiful as anything by Paul Westerberg in his more reflective moments.

Ultimately, “Cardinology” serves as another minor indictment of Adams’ famously lackadaisical internal editor. Neveretheless, it is still, almost infuriatingly, a stretch better than most people at their best. And, it being a Ryan Adams album, its misfires and drop-shorts matter less than they otherwise might. He clearly can’t help himself. There’ll be another one along presently.