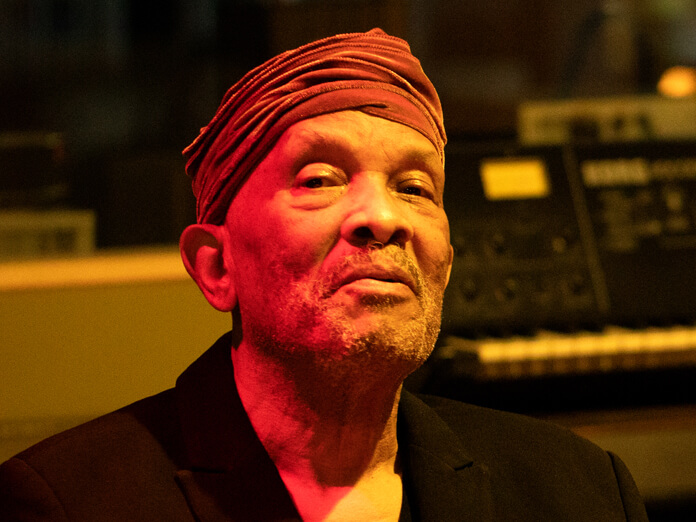 Roy Ayers is one of those musicians who falls between the worlds of jazz and R&B, which means that it has often been easy for jazz critics to ignore him. The late Richard Cook, in his usually reliable Jazz Encyclopedia, sniffily dismisses him as “a supreme example of a minor talent which has succeeded far beyond its relatively modest means”. He was never as flamboyant or inventive a vibes player as, say, Lionel Hampton or Gary Burton – his skill was as a bandleader and a populariser, someone who was able to move into R&B more comfortably than most of his jazz peers.

Quite a few jazz men of his vintage got on board with funk, but Ayers was one of the few who could ride the changes as funk mutated into disco. It means his canon has a timeless quality: he has become one of the most sampled artists on earth, his music chiming with generations of hip-hop fans; a perpetual hero to every generation who rediscovers jazz – from Guru’s Jazzmatazz to 4Hero, from Ronny Jordan to Tyler The Creator.

Although he started in bebop, Ayers’ most famous albums in the 1970s saw him working closely with R&B sessionmen like Edwin Birdsong, Philip Woo or Harry Whitaker. This latest project, recorded with A Tribe Called Quest’s Ali Shaheed Muhammad and composer and arranger Adrian Younge, fits neatly into this tradition. Both busy artists in their own light, Muhammad and Younge have worked together for a while, most notably on the soundtrack to Marvel’s TV series Luke Cage, as well as making cinematic soul as a duo called The Midnight Hour. Younge’s epic, orchestral settings for the likes of Jay-Z, the Wu-Tang Clan, Kendrick Lamar and Talib Kweli have become a highlight of hip-hop over the last decade, and his blaxploitation soundtracks such as Black Dynamite show him to be a master of pastiche.

This album is part of the Jazz Is Dead series, in which Younge and Muhammad team up with many of their 1970s heroes – including saxophonist Gary Bartz, pianist Doug Carn, flautist Brian Jackson, along with Brazilians João Donato, Marcos Valle and Azymuth. In recent years, all of these veterans have taken part in an LA concert series, Arts Don’t Sleep, after which they decamped to Younge’s Linear Labs studio to turn jams and new ideas into brand new grooves. You get the impression that Younge and Muhammad (keyboards and bass guitars) are trying to recreate snippets of beloved ’70s jazz-funk records by these artists – back-engineering the kind of rarity that would be sampled by an enterprising hip-hop DJ. There is lots of riffing over simple chords played on a Fender Rhodes, wiry and hypnotic bass guitar lines, and some monophonic analogue synth sounds. As well as a chorus of female singers (including co-writers Elgin Clark and Anitra Castleberry), there are a few solos played by trombonist Phil Ranelin and tenor saxophonist Wendell Harrison (both key figures from the early-’70s Detroit label Tribe Records).

A lot of the tracks reference Roy Ayers’ most revered singles. The opening track, “Synchronize Vibration”, shares the same tempo, ambiguous chords, heavenly strings, soaring Mellotron and summery lyrics as “Everybody Loves The Sunshine”. “Sunflower” is a midtempo, one-chord jam that resembles Ayers’ 1976 hit “Searching”; the final track “African Sounds” is a deliberate nod to his Afrocentric anthems like “Red Black & Green”, “Pretty Brown Skin” or “Africa, Center Of The World”.

This is an all-American band, but there are nods to the rhythmic sophistication coming out of London’s jazz scene. Drummer Greg Paul has worked closely with Brit-jazzer Kamaal Williams, aka Henry Wu, and flits between funk, Caribbean and West African patterns with ease. On “Soulful And Unique” you hear him “slugging” like a slightly wonky J Dilla sample; on “Gravity” he goes into a polyrhythmic Afrobeat pattern typical of Ayers’ old pals Fela Kuti and Tony Allen.

Ayers himself, in his 80th year when this was recorded in February 2019, takes a back seat, happy to provide colour and texture. On “Solace”, one of the faster grooves, based around a single chord groove and an urgent punk-funk bassline, Ayers’ vibes have a calming quality, as if altering the boundaries of time and space. It’s the sound of soul music melting under a hot summer sun – an eternal quality of his best music.