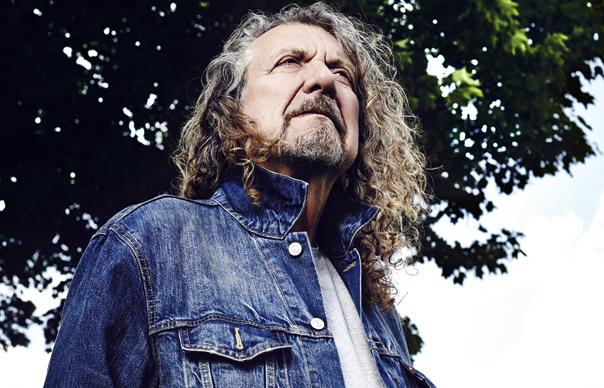 Robert Plant may well wonder why he couldn’t make a solo album of this quality a decade or so back. There was nothing awry about, say, 1993‘s Fate of Nations or 2002’s covers-heavy Dreamland, but they are dwarfed by what he and his current band, The Sensational Space Shifters, have created here, a record that deftly aligns the chakras of Plant’s storied career while also being a bold act of reinvention.

If the album’s component parts are long-standing Plant obsessions – R&B, Elvis, West Coast psychedelia, North African blues – he’s never put them together with such panache. As sole producer he has an able lieutenant in guitarist and world-fusion pioneer Justin Adams, with whom he has previously worked, and who sprays lullaby with a dazzling array of fretboards, sometimes big sparkly rock guitars, at others sinuous African blues lines. Adams’ long-standing musical partner, Gambian griot Juldeh Camara, adds ritti, a one string violin and kologo, a four string lute.

At first lullaby sounds like a world album, steeped in the North African flavours that first seduced Plant back in the 1970s and which he explored with Jimmy Page in the 1990s, but its eleven tracks morph constantly between styles. Folk ballad “Poor Howard” becomes Bo Diddley taken back to Africa, Plant whooping up old time R&B while lute and ritti dance in response. “House of Love” is a power ballad seemingly penned under the spell of Roy Orbison, albeit given a middle eight of swaying mid-Eastern strings, and elsewhere come touches of trance, dub and ripples of Zeppelin bombast. Plant sings with a restraint and precision that was probably beyond him before he teamed up with Alison Krauss for Raising Sand in 2007, an experience he has described as a singing lesson, and which has left him with the realisation that sometimes less really is more.

Sand’s Americana renewed Plant’s career, with 2010’s Band Of Joy a safe follow-on, but there are few echoes of those albums here. Opener “Little Maggie” may be an antique American folk song but it arrives in gleeful African guise, plucked out on banjo and Adams’ tehardan, while Plant sings eerily against the beat, fading in and out as the track turns first into acoustic drum and bass before shape-shifting again into electro-trance. Astonishing.

“Rainbow”, the first single, likewise has Plant singing across a rhythm wanged out on ritti , swooping between a falsetto coo (carrying echoes of The Four Seasons’ “Rag Doll”!) and dreamy promises to “be your rainbow after the storm”. “Pocketful of Golden” and “Embrace Another Fall” maintain the mood with their cavernous production – Plant’s lyrics are elusive throughout – moving from the former’s psych-rock flavours into the latter’s hypnotic mid-eastern strings and an entrancing guest spot from female singer??.

“Turn It Up” is also full of surprises, from its oblique time signature to the urban angst of its lyrics, at first muttered sullenly before the track bursts into gnarly blues guitar and a trademark Plant moan. Robert isn’t happy. He’s “lost inside America…blinded by the neon, the righteous and the might…stuck inside the radio – turn it on and LET ME OUT!” A great interlude, hand-stitched for radio, which can never resist a song about itself.

If there are echoes of mumbling early Elvis on “Turn It Up”, then the King’s influence is even more evident on “A Stolen Kiss”, a sombre piano ballad with a tender, wounded vocal that borrows Presley’s operatic tropes (at some points you half expect Robert to croon “Are You Lonesome Tonight”). There’s no doubting Plant’s sincerity, however. This is a naked, heartfelt meditation on love that “waits for no-one…it’s cool and elusive and so hard to find.” As days slip away, Plant finds “true love in the ceaseless roar” (available in the shell on the album’s cover).

Changing the mood is “Somebody There”. The most conventional rock piece here, it opens in a blaze of spangled guitars before Plant, with a Wordsworthian nod to his boyhood sense of wonder, ascends “mountains where dreams turn to gold”to gambol in ”the fields of plenty”. Its tone of air-punching affirmation finds release in a squall of psych guitars (The Byrds, they live!) before the song marches out, leaving you to wonder who that ‘someone’ might be.

“House of Love” is high grade epic pop. At another stage of Plant’s career it might have been noisier and rockier, but here Plant the producer reaches for the tense, noirish mood of Spectoresque US pop, setting doomy surf guitar against nervous strings while he emotes regret and resolve in murky echo, punctuating his ruminations on loss and an uncertain future with a killer chorus: “When I think about it now/I watched the house of love burn down”. There’s no triumph here, just quiet dignity and, in that almost conversational hook line, puzzlement.

The mysteriously titled “Up On The Hollow Hill (Understanding Arthur)” lifts us into the realm of Plant the seeker and shaman. “All I crave is the love that never dies,” he intimates, his vocals hovering above Tuareg guitars and the clattering sticks of ceremonial Native American dance. Whatever Robert is channelling it’s potent stuff – there’s only one Arthur who sleeps beneath a hollow hill after all – and the playing warps beautifully as the hillside visions fade like mist.

Extending the fire-dancing ambience is the drum fest of “Arbaden (Maggie’s Baby”), an urgent semaphore of beats and riffs with Camara chanting in Fulani and snatches of “Little Maggie”reverberating in the mix. Robert Plant in dub? Believe it.

While Plant justly gives fulsome praise to his musicians, all of them playing at the top of their game, the spirit that permeates lullaby is his. Beyond the clever production and judicious musical blend is a sensibility and a voice and songs that find Plant still on his quest, still grappling with the intricacies of love, still seduced by distant, misty mountains. His uniqueness has never been more apparent.
Neil Spencer

Q&A
ROBERT PLANT
You’re having a lot of fun with the Sensational Space Shifters, aren’t you?
There’s no real boundary to where we can and cannot go, there are cues within the songs and yet the contributors are all the players. It’s not like a band where there’s a guitarist and a bass player and a drummer and a singer. It’s like the give and take and the exchange between Skin [Tyson; guitar] and Justin [Adams; guitar], it’s magnificent. And Johnny Baggott [keyboards]… And then you’ve got this rhythm section moving around with Billy [Fuller; bass] and Dave [Smith; drums]. I am in a real, real excitement zone with these guys.

Do you still feel the need to prove yourself intellectually and musically?
Oh, not to prove it. You can’t bluff it, you can’t fake it, you can’t talk it up. You’ve just got to live it out. That’s the thing about it all, really. I’m not asking anybody to get into the groove of what we do, we just do it. Of course, I’m never gonna be everybody’s favourite. I don’t do things in the way that everybody would probably like it.

The folk songs, like “Little Maggie” and “Poor Howard”, sound very far-removed from their traditional roots….
I think what it is, is that we as musicians, at this point in time and hopefully for a good time to come, we have a partnership which brings in a lot of creativity from all sides. That allows me to be the kind of sorcerer’s apprentice in way, waving my enthusiasm around if you’ll excuse the pun, and just melding it. It’s like running around with a soldering iron and bringing this, that, there… Let’s try and nuance that into…

So what’s the strategy with this album?
I think basically what I’m doing is, I’m going round the entire flying horse and making sure that everything works properly.

The flying horse being…?
Just the idea of being able to ride through all these events, properly. It’s setting a course through a period of time ahead. Which, because of the artistic capacity, because of all the playability, and all the humour and all that – we’ve got a work situation that is spectacular. So then what? By bringing all these different influences together and having something substantial to say – obviously, I’m writing the lyrics. Some of it probably isn’t particularly stuff I probably should be saying, but it’s enough for me to know I haven’t wasted my time. I’m not singing about, you know, getting old. It’s not Harvest Moon. It’s just like, “Pssht, this is how it is on this song; this is how I feel today.” In a year’s time I’ll be totally different.

I’m intrigued to know what you think you shouldn’t be singing about.
First of all, obviously not the clichés. If you listen to amazing lyricists… Dylan’s sort of cloak and dagger lyric, beautiful. Just when you think it’s so simple, you realise that he’s got something going down. I wanted to find out how many wives he’d got at one point. I nearly got close to it as well.

How did you find out?
I asked a lot of people who knew him. I just wanted to know where things come from, you know. Where does it all come from?

Do you have any favourite songs on the album?
No not really, I mean it’s too early to say. Last night I was at home, having to approve the test pressing. I played the three sides of vinyl – I hadn’t played it for about a month, ‘cos I wanna believe it. I don’t wanna flog it to death.

Where do you think this album fits in the broader body of your work?
It’s right up at the sharp end at the moment because I’m still absorbing it as a listener. As I said, last night I was listening to the final to approve the actual cut, and I went, “Wow.” The textures and the interplays, it’s all I ever could have wanted to be around. I mean, to be a part of it, that in itself is a great achievement. To love hearing what your mates are doing.

Is it difficult for you to go back and listen to your own music?
No, no, I enjoy it. In isolation, the changes are interesting and the intentions are always strong and powerful. I mean I don’t put anything out that I don’t have 110 per cent passion for. Otherwise I’ve got plenty of other things I could do, you know, with my life. I’ve always been open to anybody musically. Otherwise I wouldn’t have sung on all these other records. Bobby Gillespie calls me every 18 months for a harmonica and a Primal Scream track, “OK? Come round.” Here I come… [Scottish accent?] “Oh could you do a bit ‘o the vocal on there, just do the low vocal there if ye can, don’ worry ah’ll send you a copy o’ the record.” Right the way through time it’s been like that. I love it. Hey, we’ll see how it all pans out in the end.
INTERVIEW: MICHAEL BONNER