Richard Swift – Dressed Up For The Letdown 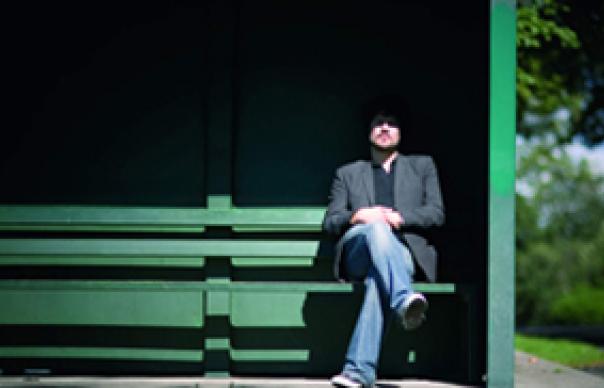 Connoisseurs of grand American pop will love Richard Swift. Like the young
Van Dyke Parks or Harry Nilsson, his baleful, piano-led cabaret sounds like an echo from some lost golden age. But it’s not quite as cosy as all that. Injecting the funky feel of Paul McCartney’s solo debut with the mordant wit of an off-Broadway Ray Davies, the wonderful Dressed Up For The Letdown finds Swift surveying the abject failure of his early career. Indeed, his initial rejection by the record industry led to crippling panic attacks.

Issued on a tiny indie in his hometown of Los Angeles, Swift’s first two albums – 2001’s Walking Without Effort and The Novelist (2004) – both fell on deaf ears. By the time Secretly Canadian relaunched them in 2005, Swift had already poured his frustration into Dressed Up… The supreme irony is that it’s now being released on a major label. An industry kiss-off from a 30-year-old Californian on the brink of a long-awaited breakthrough? Swift, like his music, follows his own stubborn logic.

Aside from horns and a string trio, the hermetic Swift plays everything himself. All rubbery beat and rolling piano riff, “The Songs Of National Freedom” carries its despair lightly. In the midst of anonymity, he dares to think that fame might just be an anti-climax: “I made my way into the starlight / Just to realise it’s not what I want.” And while the Nilsson-like “Kisses For The Misses” is sprightly, “Artist & Repertoire” is a more lugubrious take on his treatment by record moguls. Complete with doleful brass, it’s memorable for one priceless couplet: “Sorry Mr Swift, but you’re much too fat / And could I persuade you just to wear a cap?”

In this resigned vein, it’s fitting that the most striking songs here are crestfallen ballads. Both the beautiful “Buildings In America” and “Ballad Of You Know Who” make a strong case for the best art springing from adversity. In his own way, Swift is as vivid a newcomer as Joanna Newsom or early Rufus Wainwright. Happy days? We’ll see.